In Defence of Inaction 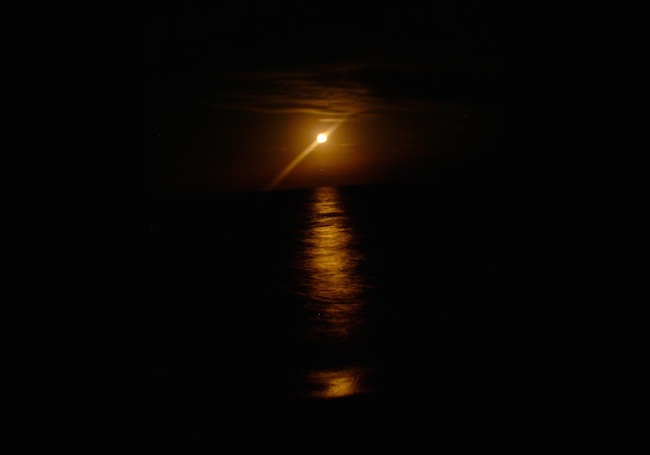 I have, of late, had a falling out with many of my fellow ‘progressives’, similar I suppose to that of Paul Kingsnorth, who is being savaged by Naomi Klein and others for giving up on the environmental movement and non-local activism, and by humanists for losing faith in our species’ capacity for innovation and change.

I should say at the outset that I agree that our political and economic and legal and educational and social systems are dreadful, unfair, teetering, and totally inadequate to our needs. I agree that this is a world of horrific inequality, inequitable and unjust privilege, massive suffering, and outrageous patriarchy. I agree that corporatism and corruption and propagandist media are rampant and destructive and destabilizing. I agree that militarized police and torture prisons and drone killing and massive global surveillance are repugnant and a fundamental threat to our personal safety and security and the very principles upon which our nations are founded.

And I fully acknowledge that the fact I’m white, male, boomer generation and relatively wealthy provides me with enormous privilege compared to others, including relative freedom of movement, freedom from fear of harrassment and assault, and greater social, political and economic opportunity.

But when I hear arguments that “we need” to stand up for our ‘inherent’ rights and freedoms, and wrest ‘control’ of the levers of power from the obscenely wealthy elite, and denounce and protest injustice and inequality, and acknowledge and renounce our role as privileged oppressors, as the first steps to a true social revolution in and political and economic reform, leading, somehow, to a radical redistribution of wealth and power, and a more just society, I am reduced to despair.

I used to believe people, and perhaps some other creatures, had ‘rights’ and ‘freedoms’. I believed that someone was in control. I believed there were answers to the predicaments we face.

But now I realize that there are no rights or freedoms. The concept of rights and freedoms is a sop that the rich and powerful of this world use to appease the fury and frustration of the poor and disenfranchised. The ‘granting’ of rights and freedoms means nothing, because they can be and are taken away whenever those in power choose to do so, and are simply ignored when they interfere with the exercise of power or accumulation of wealth by those who allowed them to be granted.

We don’t have freedom of expression, or speech, or assembly: Under the current surveillance state I can be stopped, arrested, held indefinitely and incommunicado, tortured, ‘disappeared’ or simply killed, by a drone or in a secret gulag, whenever someone in power decides I’m a threat to that power.

Likewise, there is no ‘upward mobility’ for just about any demographic segment of our human population worldwide; most people are trapped, socially and economically, right where they are, no matter what may happen to the place where they live.

There is no true democracy, anywhere: the real decisions are made in secret meetings between bought politicians (many of them in power fraudulently or due to gerrymandering and other corruptions of the ‘democratic’ process), who represent only their rich and powerful donors, and the bankers, lawyers and corporate executives. The ‘laws’ and ‘regulations’ are just smokescreens to make it look as if the people’s interests are being considered.

There are no rights of recourse against corporate abuses: most industries are oligopolies, and corporate law is designed to protect them and their wealthy shareholders and executives from the wrath of outraged citizens, while enabling these corporations to sue citizens who pose any threat to their profits or ‘leadership’.

All that’s happened over the past three decades is that the illusion of rights and freedoms has largely disappeared, as those with wealth and power ratchet up the rhetoric that militarized police, torture prisons, ubiquitous surveillance and the oppression of dissent are ‘necessary’ for public safety and security (especially the safety and security of the rich and powerful).

There are no rights or freedoms. There is only power, and its exercise in the interest of further enriching the rich and further concentrating power.

I used to be outraged and angry about all this, but now I’m just letting it go. It’s just too easy to see this as a moral struggle, as a fight against pathology, greed, and tyranny. I don’t think it’s that simple. I think everyone’s really trying to do what they believe is best, not only for their loved ones but for everyone. I know some of these people, and their stubborn, destructive wrong-headedness is completely understandable to me (from their strange but deeply-held worldview).

Increasing concentration of power doesn’t mean is that there is an ‘elite’ in control of everything in our society. Vast wealth and power does not translate to control, especially in a world where all our systems are collapsing simultaneously: our economic systems, running on the fumes of belief in perpetual industrial growth; our nearly-exhausted energy and resource systems, utterly dependent on ample and cheap oil (one barrel of oil replaces 12 person-years of labour, and we currently use 100 million barrels per day); and our climate systems, which have long passed the tipping point to catastrophic change comparable to that of the ‘ice ages’ (though in the opposite temperature direction).

The rich and powerful are as much prisoners of these massive, complex, crumbling systems, as much cogs in the machine, as the rest of us: they just get better wages and benefits than the rest of the inmates, and will until the systems fall apart, at which time they’ll be no better off than anyone else.

No one is in control. The enemy, if there is one, is not a cabal of elites, but a set of co-dependent collapsing systems that every one of us has a vested interest in trying (insanely) to perpetuate. Systems we have all helped co-create and are almost all dependent on.

David Korowicz, in his study On the Cusp of Collapse, explains how our massively complex global human systems are far beyond the control of any coordinated group of people:

Our daily lives are dependent upon the coherence of thousands of direct interactions, which are themselves dependent upon trillions more interactions between things, businesses, institutions and individuals across the world. Following just one track; each morning I have coffee near where I work. The woman who serves me need not know who picked the berries, who moulded the polymer for the coffee maker, how the municipal system delivered the water to the café, how the beans made their journey or who designed the mug. The captain of the ship that transported the beans would have had no knowledge of who provided the export credit insurance for the shipment, who made the steel for the hull, or the steps in the complex processes that allow him the use of satellite navigation. And the steel-maker need not have known who built the pumps for the iron-ore mine, or how the oxygen for the furnace was refined.

We cannot hope to ‘fix’ these systems through political or economic or legal or educational reform, or putting some more democratically-minded group ‘in control’ of them. Fighting for possession of the steering wheel of a car careering over a cliff cannot produce useful change. Even trying to bring down our economic systems before they do even more damage is probably futile: It’s unlikely to significantly accelerate, mitigate or delay the inevitable collapse, and I’m not sure its effect on catastrophic climate change would be substantial either. There is simply no point trying to change any of these systems; it’s a waste of time, and, as Buddha said “Our problem is we think we have time.” But some would insist we try anyway, so at least “we can say we tried”. I think that’s a pathetic argument.

So here we sit, all of us, rich and poor, powerful and powerless, with no real ‘rights’ or ‘freedoms’, no hope of ‘reforming’ massive, self-reinforcing and entrenched systems utterly out of our control, coming apart because they are totally unsustainable, and no credible knowledge of what might work to even mitigate the imminent and catastrophic end of the industrial ‘growth’ economy, the end of the all-too-brief age of abundant cheap energy, and the end of a short few millennia of astonishingly stable climate.

The question we must each ask ourselves, I think, is this: If we acknowledge that our systems and hence our civilization cannot be reformed or ‘saved’, what can we do now that will make a real difference, for the future, in our communities and for those we love?

The insanely rational answer to this question, I think, is (a) probably nothing, and (b) it’s too early to know.

So if I seem impatient or annoyed when you ask me to be outraged or supportive in your movement to reform civilization, I’m sorry. I think it’s too late.

I’m in the process of writing a book of stories of how all of this might play out, just one scenario, the story of, in the short term, a Great Migration of billions of people towards the poles in search of livable habitat (what an amazing, terrifying and liberating journey that could be!), and, in the longer term, the blossoming of thousands of local communities, new and unimaginably diverse, self-sufficient, joyful and utterly alive human cultures, whose total impact on the planet will be, due to our much smaller numbers and minimal energy and technology resources, pretty insignificant. I need to write such a new story to be able to begin to let go of the old, civilized one.

Maybe that’s not enough. Maybe there’s more I could (I’ve stopped saying “should”) be doing: learning new essential skills and capacities, helping in the process of rediscovering how to build and live in community together, healing myself and helping others heal from the ravages of civilization’s innumerable, constant and monstrous stresses, and just trying to live a joyful, exemplary, modest and graceful life. I may get around to these things. But for now I’m just writing, watching, reflecting, trying to figure it all out.

It’s too early and too late, I think, to do anything more.

39 Responses to In Defence of Inaction