What the 1960s Were Really About 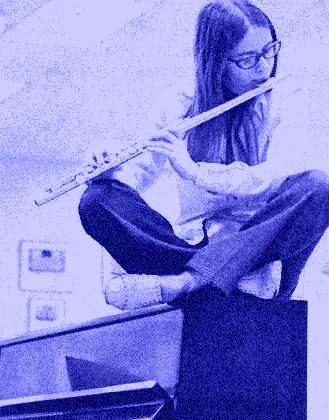 During the late 1960s, like many of my peers, I wrote lots of poems and short stories that featured pretty young people with flowers in their long hair —gentle, spontaneous, uncivilized “children of the Earth”. Joanne, the love of my life at the time (pictured above) challenged me on the one-dimensionality of these characters, and their lack of complexity, but that was what I wanted the world, and my own life, to be — simple, unmarred by trauma, untouched by the weight of civilized culture. Wild and free.

At the time it seemed political — we were all about peace, ending the war, protecting the environment, civil rights, freedom to be whatever we wanted to be. And many of us were idealists who believed our generation could accomplish anything, and that it was our responsibility to remake civilization in accordance with those ideals — peace, love and joy. In my more hopeful moments I still sign my messages with those three wishes.

My political worldview revolved around the belief that it was “the system”, “the machine”, “the empire” that was to blame for everything wrong with our world, not individuals, that even the most monstrous of us was simply another victim of this system that gutted us of our humanity, our connection, our capacity to bring about positive change. That was my first inkling of what complex systems were like, how impossible they are to reform, and the source of the great disillusionment that plunged me into a deep depression through much of the seventies. I felt like a wild creature caged, unable to find any way to freedom, but constantly telling myself it’s never too late to break free and reunite with my fellow idealists and save the world, or at least a few of us.

The person who recovered from that depression was not me, but a poseur, safely bunkered in his own head for the next quarter century, broken and quietly disconnected from reality.

Now, with the benefit of a decade studying our culture, I’m finally able to make, I think, some sense of what happened in that astonishingly brief and amazing era of the latter 1960s, and why, like me, the movement seemed to fall apart.

I now realize that we’re all broken, wounded, made ill by the chronic stresses of our omnipresent civilization culture. “The system” not only destroyed the planet and prevented us from our plans to “save the world”, it damaged all of us, filled us with the anger, fear and sadness that we articulated so well through our music in the 1960s. And what we espoused and sought — peace, love and joy — was not just an idealistic plea for sanity and revolution, but the very antithesis of the anger, fear and sadness we were feeling caught up in and sharing with each other. It was an escape from the suffering that stemmed from that stress-induced anger, fear and sadness, that we wanted more than anything. And escape we did — sex (and love), drugs and rock and roll were (and still are) our escape vehicles, our way of coping with and sublimating our anger, our fears and our sadness.

We embraced “free love” and casual, frequent sex with true escapist passion — nothing is more effective at making us feel less fearful than the potent cocktail of chemicals that love and lust arouse in us. Nature does this deliberately — she doesn’t want us to be too fearful to express our love to a potential partner, or too fearful to get carried away when that partner says “yes” and hence make babies and protect them with our very lives. Likewise, drugs help us escape from our sadness and grief, and music often helps us escape from both anger and sadness.

When the whole world seemingly embraced this prescription for peace, love and joy, we mistakenly took their jumping on the bandwagon as sympathy and solidarity for our idealistic cause. We thought that we had become the first generation in history to overtly reject the messages and beliefs of our damaging dominant culture en masse, and the first generation privileged enough to hear and follow the desperate message of need for self-healing and reconnection that our bodies were giving us.

What we didn’t realize is that many (across the political spectrum, and people who were apolitical) who seemingly signed on to the movement had a much simpler agenda than ours.  They didn’t want to join us to “smash the system” that was causing the suffering and damage, and replace it with a humanist utopia. They just wanted in on the sex, drugs and rock and roll that were easing our pain, to ease theirs. Like us, they wanted escape. They shared our pain, but not our ideals. In many cases their choice of sex and music was (and is) violent and misogynistic, and their choice of drugs was (and is) the opposite of “mind-expanding”.

We found ourselves, after this revelation (in retrospect not surprisingly) alone, embittered, exhausted and disillusioned. While some of us “flower children” are still fighting the good fight, most have lost faith or health or energy or moved on to different priorities. 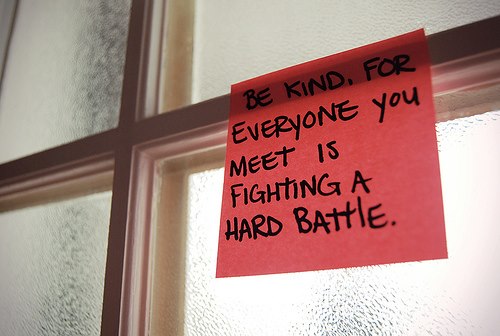 We are meant to be wild. We are suffering, every waking hour, from the chronic, relentless stresses that never give us rest. Our bodies are hurting, our souls are beaten and disconnected. And we’re fighting a system that is larger than all of us, that no one can control (or ever could), that no one is to blame for. We’re all doing our best. Our escapism isn’t hurting anyone, is it?

Well, of course, it is. We’re hurting ourselves, because the “peace, love and joy” we feel under the influence of oxytocin and endorphins and testosterone and alcohol and dope and a wall of sound are transitory, addicting, unreal, disconnecting and ultimately unsatisfying. As long as we live in their fog some would say we are not really alive. And as tempting as it is to say “the system is broken, it’s too big to defeat or to fix, it’s collapsing anyway, so wake me when it’s over”, if we live that way we are, I think, living a shadow of a life.

So what is our responsibility now, those of us still crazy after all these years to make the world a better place, and those of succeeding generations who never got the chance to blow an entire civilizational reboot, as we thought we did? What are we wounded surgeons to do? I have written a lot lately about four modest actions: (1) relearning essential skills, (2) learning to create and build community, (3) living an exemplary, self-aware, purposeful, joyful life as a model for others, and (4) healing ourselves and helping to heal others. And, I should add, supporting those activists driven to do more, those driven to fight the system without expectation of significant success, even as it crumbles. Surely this is enough to do?

I think it is. But the fourth of these actions — healing ourselves and helping to heal others — is essential for each of us, and we cannot hope to do it very effectively as long as we keep succumbing to escapism. That escapism isn’t just sex, drugs and rock and roll either. It’s escapism in our work, in our entertainment (TV or movies or online distractions or books), or in the mall, or the casino, or any other unnatural place we go or unnatural thing we do just to feel good, just to get away, to be numb to the pain for a while.

I’m not sure there is any escape from escapism. It’s natural, it’s human, it’s completely understandable that when we’re suffering we want to escape. I confess I’m an escapist and that this is probably impeding my ability to be more present in the world, more really alive, more able to pursue the four actions above. But I don’t believe any more in self-improvement or “self-help” programs. An escapist is part of who I am, now, and it’s enough, I think, to recognize that everything that’s happened before and since the 1960s has quite understandably made me this way. I suspect there are many like me, of every generation. We all have our coping mechanisms. I am tired of insulting, patronizing prescriptions to “face your fears, move past your anger, and learn to cope authentically with your grief.” They are like telling a paralyzed person that with practice they can learn to walk.

Better, I think, to know and accept who we are, and appreciate how we got here. The 1960s were a blast, and despite the half-century hangover I wouldn’t have missed them. They taught me so much — about what is possible and what is not, about myself and “my generation”, and about what it means to belong, and to feel, and to ache, and to dream, and ultimately, to fail. No shame in that.

5 Responses to What the 1960s Were Really About