A Culture Driven By Fear: The Psychology of Collapse 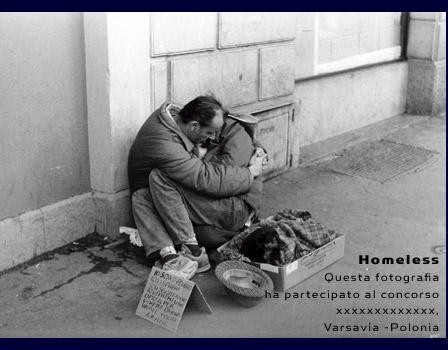 Image of homelessness from the now-defunct Italian blog Moving & Learning

There are domesticated animals in every rescue shelter that are acknowledged as being too damaged to integrate into a new ‘forever’ family. Some have lived so much of their young lives undomesticated that their brain neurons and synapses aren’t capable of making the shift — like the so-called ‘feral children’ they can’t learn the ‘language’ of civilization, because their brain structure reflects a different way of being. Others have been so brutalized or neglected that they’re unable to trust enough to behave in a reliable, complacent manner.

It’s this latter form of damage that I see increasingly pervasive in our own species. It’s not that the trauma inflicted on so many of us was deliberate — we do our best, but our collapsing civilization is now so frantic, intimidating, undependable, constantly threatening and hostile to any healthy creature, and there is no place of respite, no harbour from its relentless onslaught, that violence (physical and psychological) and trauma have become endemic. You would think that compared to those who grew up in war zones or during great depressions, today’s citizens of affluent nations would have it easy, but we don’t — even in past times of crisis there was almost always an underlying social cohesiveness that served as a bedrock to “keep calm and carry on” until the horror ended, and there was a belief that it would end.

Not so today. I think there’s a growing, instinctive, subconscious realization that our civilization is nearing End Game, that “there is no future”, and I see a growing sense of anomie that disengages us from each other and makes us feel “hopeless”. Domesticated creatures like us, saddled with ‘selves’ and trapped between an often-troubled past and an apparently globally ghastly future, desperately need hope to function coherently. They need to believe, as past generations have, that with hard work and determination they can make the world better for their children than it was for them. Who now still harbours such delusions?

Our coping mechanisms are becoming more frenetic, more disengaged from reality: So-called “entertainment”, full of ever-more extreme violence, is designed it seems to desensitize and inure us from feeling anything at all. Tiny, attention-demanding screens engage us fully but only abstractly and only with people of our choosing, and let us detach from anything happening in the real world. Thrill-seeking, “extreme” everything, a propensity for violent and hate-fuelled sex, immersion in brutal, heartless, artificial worlds, epidemic substance addiction and sex addiction — we will seemingly seek any distraction from having to deal with each other and with the impossible realities of the real world. More than half the families I know now have at least one member (often an adult male child) who is too damaged, too dysfunctional to be able to manage in the full-time labour force, or indeed in our society as a whole.

Politicians and advocates across the political spectrum now deliberately use fear to try to coerce us into supporting them. No positive choices are presented to us, just less-awful ones. Corruption and lies that were once veiled in a veneer of justification and respectability are now flaunted openly. Lawyers have largely given up the pretence that anyone benefits from litigation other than those with money and power (they can get away with any crime), including the lawyers themselves. It is hard to blame our ‘leaders’ — many of the rich and powerful I have met (those who can pay the price to get ahead) are psychopaths (abused in their own childhoods) who can’t behave otherwise than dysfunctionally and anti-socially, and who are unambiguously rewarded for their destructive, divisive, exploitative behaviour.

So tax cheats now brag openly about how they pay no taxes on immense profits and wealth (and in so doing starve governments of revenue needed for essential social services), and the response of many is to say we should just do away with the ‘social safety net’ and leave everyone to their own devices. There is essentially no mobility of wealth or income or quality of life between generations any more — if your parents were poor, sick or incarcerated, you are almost sure to be as well, and vice versa.

What’s most staggering is that there has never been as much production, consumption, exhaustion of resources and waste produced, yet the benefits of all this “growth” accrue only to a tiny minority, most of whom are oblivious to their outrageous privilege and the monstrous damage it inflicts on human society and on the planet.

It’s no wonder, then, that we feel hopeless, angry, helpless, disenfranchised, and full of despair — and that as a result we look for escape, inurement, and scapegoats. My parents and grandparents told me what it was like living in terror of aerial bombing during the war, and their fear of starvation, malnutrition and social estrangement during depressions, but theirs were always hopeful stories — of eventual victory, recovery, rebuilding, making sure “this never happens again”. Our stories now foresee no recovery, no long-term improvement, no stability, no hope. No future.

When people are suffering and they have no hope, they tend, I think, to be driven instead by fear. And we are all suffering. We are living in the world TS Eliot foresaw when he wrote “the whole earth is our hospital”. And a global culture utterly driven by fear, by aversion rather than inspiration, is a global culture already in the throes of collapse.

So we have shifted, in a few generations, from a largely-local decentralized society driven by hope, to a largely globalized society with an enormous concentration of wealth and power, driven mainly by fear. And there is nothing we can do to change that. Even believers in free will who study complexity are coming to realize that our desolating civilization culture is not in anyone’s control, not susceptible of change, and its collapse will inevitably continue to accelerate.

Why bother to say this, other than to further entrench the feeling of hopelessness? The reason I still think and write about this is because it actually does help, I think, to know what’s going on. It does help to appreciate that we’re all doing our best, and that we’re not going to escape collapse, and to anticipate what large-scale human behaviour shaped by fear might (though utterly unpredictable) lead to in the years ahead.

I remain a joyful pessimist. Neo-survivalists, zombie apocalypse scenarios and ludicrous Hollywood movies aside, I think large-scale fear might lead to some interesting and not-entirely-negative shifts in our culture as it collapses. The first is that we will probably stop obeying authority, on a massive scale. We do what we’re told and work around the problems we face only when doing so seemingly works to our likely long-term advantage. When the majority realizes it has nothing to lose by disobeying, and starts doing its own thing, our culture is finished. The ‘prison’ of any culture depends on the inmates accepting an implicit contract that the cost of disobedience outweighs the cost of obedience.

The effect of what Daniel Quinn calls “walking away” from our culture, when this happens, is to hasten its collapse and start a scramble for alternative ways of living that might work better. The fact that our global civilization culture keeps us so domesticated — utterly dependent on it — makes walking away harder, but eventually the tipping point will be reached. As most of us walk away (when we choose to, or when economic collapse or ecological disaster gives us no choice), we will appreciate that we can’t survive alone, so I’d guess we will try to relearn, quickly and awkwardly, what it means to live in community. This is what appeared to happen to the Anasazi, who over a few generations abandoned the complex urban culture they depended upon and integrated into simpler, farming communities and cultures nearby. I’d guess that most of them didn’t start families of their own during the difficult process of relearning and integration, so their population dropped naturally. No wars, no barricaded walls, no Mad Max scenarios, just a gradual walking away when there was seemingly no other choice.

This is the key, I think — civilization’s collapse is likely to take several decades, so we won’t be facing the sudden crises created by natural disasters and brutal military actions, but something more like the nearly 30-year Long Depression of the 1870s-1890s, which saw the majority of the population in many nations migrate to the cities. It wasn’t easy, but it wasn’t (other than the actions of some rich Robber Barons) overly violent. Our ancestors had time to adjust to an awful and heartbreaking change. I think we will too.

What else might a culture driven by fear instead of hope (or joy) lead to? Perhaps a resistance to manipulative, idealistic ‘hopeful’ rhetoric like that of that of the current useless US president. A capacity to move ‘beyond hope’ to realism. It’s possible that fear might lead to chronic anxiety and paranoia instead, or as well, of course. But my sense is that chronic anxiety only endures so long before something has to shift. Maybe it could eventually lead to the kind of ‘letting go’ that Eckhart Tolle and others think will happen — a cracking open of the exhausted, anxious self to reveal the oneness of all, and with it a kind of equanimous fearlessness and loving acceptance of everything that is, as terrible as that may (to the disintegrating self) be. Or, perhaps the opposite — mass suicide. In some ways they’re not so different.

Another possible path of a fear-driven culture is a rejection and rebellion against those that traffic in and profit from fear, and a seeking for its opposite — joy. I’m already predicting that Candidate Drumpf will lose, not because he’s a fear-monger but because he’s an arrogant and ignorant idiot, and hence more fearful and dangerous than the straw men (and women) he constantly warns his citizens to be fearful of. And although there are not many quality alternative choices in any affluent nation at the moment, I can imagine that a candidate that comes across as authentic, transparent and candid (there are a few out there) will eventually appeal to those tired of fear, more than a blusterer who panders to fear.

So: a rebellion against obedience to authority of all types (perhaps especially the corporate and legal types), leading to a mostly-peaceful walking away from our disastrous authority-bound culture; an eventual shift beyond complacent idealistic hope to realism and perhaps even equanimity, acceptance and informed fearlessness (and even joy); and an appetite for authenticity, transparency and candour in dealing with the issues of the moment. Sounds like a better way of being than the current state to me.

None of this is in anyone’s control in any case — there is no volition here, only apparent trajectories. But though it’s probably just self-comforting (another coping mechanism), it’s intriguing to think that our disastrous and unintended current culture just might open the door to its antithesis: a culture whose members — some of them anyway — are more self-sufficient, humbler, truer to themselves, and just maybe closer to being who they really are.

Or maybe not. And in any case, after us, the dragons.

This entry was posted in Collapse Watch, How the World Really Works. Bookmark the permalink.

17 Responses to A Culture Driven By Fear: The Psychology of Collapse