Reality Isn’t What We Think It Is

This is a repetition of the opening paragraphs of December’s Links of the Quarter. Several people have suggested that it’s substantial enough and important enough to merit its own post, so it doesn’t get lost. It’s also a useful set-up for another article I’m writing, that will be posted in the next few days. 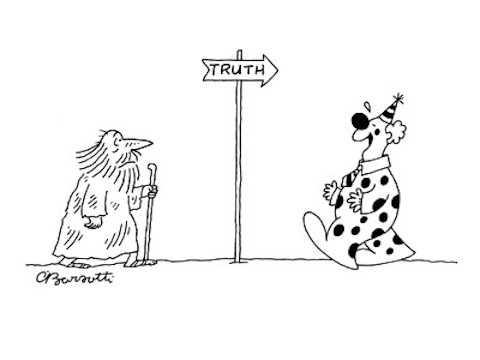 Paul Kingsnorth has described 2016 as The Year of the Serpent. He writes:

History to [New Yorker editor David Remnick] is the continuing, inevitable path towards goals which he and his fellow ‘progressives’ consider to be just: the dissolution of the nation state, global human equality, a cosmopolitan world civilisation, fair and free trade, the spread of personal liberty and secular democracy to all corners of the globe. These goals are so obviously desirable that it is inconceivable that we should ever stop progressing towards them. Their triumph is tied in to the very fabric of time itself. The election of Donald Trump, who opposes at least some of them, thus represents a kind of anti-history. Not the real thing; an aberration which can’t last. Like a dammed river bursting its banks, progress will inevitably resume its natural course, sooner or later.

This is the humanist worldview, the one that most progressives still hew to. The “aberrant” election of Trump has not shattered their faith; just made them more determined to fight for the course correction needed to achieve their “obviously desirable” goals. It is doubtful that they will abandon this faith for the ‘hopeless’ one of collapsniks — the belief that even if these goals are desirable they will never be achieved, and it would be more useful to refocus on preparing for collapse than in vainly struggling to radically and quickly reform civilization’s systems and avert it. But it is as futile to debate this with humanists as to debate social and political morality with conservatives; there is no useful common ground.

And of course ‘collapsism’ — the moving past the second denial to accept the inevitability of civilization’s near-term collapse as part of the sixth great extinction — is also a kind of faith. We collapsniks cannot prove conclusively this inevitability; it’s something we have come to accept because it most makes sense in the context of our admittedly utterly incomplete and feeble knowledge of history, of human nature, and of how complex systems seem to work. This seems, to us, to make more sense intellectually and intuitively than other worldviews, even though we would rather believe we were wrong and that David Remnick, Charles Eisenstein and their fellow humanists were right.

My recent journey has been to try to see beyond this second denial to consider a third and fourth that seem, in some ways, to mirror the first two and bring us full circle to our current predicament. I’ve described them as follows:

Burkhard Bilger, writing about David Eagleman’s research on the nature of reality, quotes him as saying: “[What the self perceives as] reality is a tape-delayed broadcast, carefully [edited, synched and] censored before it reaches us.” Our understanding of what was, is a model pieced together by the brain, not something experienced directly. ‘We’ do not live in the present at all. Donald Hoffman asserts that reality is nothing like what we think it is. The simplified, artificial model of reality that the brain constructs is attuned to fitness (survival), not to truth.  Seeing reality isn’t beneficial to our survival, he says. “Evolution has shaped us with perceptions that allow us to survive. But part of that involves hiding from us the stuff we don’t need to know. And that’s pretty much all of reality, whatever reality might be.” [Thanks to Kevin Barron for the link.]

Fellow collapsnik Brutus thinks it’s “cruel and pointless” to talk someone out of their faith in the reality of the self and free will. He criticizes Adam Bear who says:

A more speculative possibility is that our minds are designed to distort our perception of choice and that this distortion is an important feature (not simply a bug) of our cognitive machinery. For example, if the experience of choice is a kind of causal inference … then swapping the order of choice and action in conscious awareness may aid in the understanding that we are physical beings who can produce effects out in the world. More broadly, this illusion may be central to developing a belief in free will.”

Cruel and pointless, perhaps, but it’s in our nature to want to know the truth. Perhaps it’s just as cruel to convince people that collapse is occurring, if, as many now believe, there’s nothing we can do to avert it.

So, looking past all four denials: The sixth great extinction is at hand (1), and there’s nothing we can do about it (2). And this extinction is largely the result of the emergence of the illusion of the separate self — something we have always thought of as an evolutionary advance, but is actually an utterly useless and unnecessary affliction (3); worse, it underlies all suffering and most human destruction, and has no ‘treatment’ or cure (4).

Pretty dismal worldview, huh? Strangely, I find embracing it quite liberating. My job, now, is to chronicle civilization’s collapse, and to make sense of it any way I can. That may change, but I’m no longer searching for something that makes more sense.

2 Responses to Reality Isn’t What We Think It Is