Links and Tweets for the Month: August 2010 (late again) 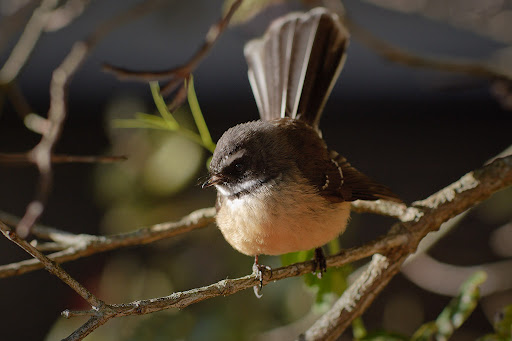 A Caveat on Collapse: Most of my readers live (by most standards) affluent lives. I am aware that, for much or even most of the world, who are living on the periphery or entirely outside of industrial civilization, in struggling nations or in sprawling urban ghettos or in abject poverty or in the streets, homeless, the collapse of this civilization will not affect them nearly as much as we fortunate few that have benefited from it. Sometimes it’s too easy to forget this.

Ready for Rationing of Food and High-Energy Products?: Sharon Astyk reviews the history of rationing in affluent nations, and explains why it is the fairest and most palatable way of dealing with the economic, energy and ecological crises we are now beginning to face, as they worsen. She also explains how rationing flies right in the face of everything conservatives (who prefer regressive market-based “pricing” models to control demand) now believe in. I think it’s a prescription for ideological, class (and to some extent gender) war. But the alternative to rationing is much, much worse.

The Coming Scourge of Deflation: Stoneleigh at The Automatic Earth is traveling the globe explaining what chronic deflation means for the way of life in affluent and struggling nations, and why it will be the scenario during the early stages of the Long Emergency. Excerpt:

The debt deflation that is already underway will be so destructive to our lives and societies that we must be aware of what is coming in the short term and what we can do to prepare for it, instead of worrying about a possible inflationary period that may or may not follow afterwards.

[citing Don Lee in the LA Times] When deflation begins, prices fall. At first that seems like a good thing. But soon, lower prices cut into business profits, and managers begin to trim payrolls. That in turn undermines consumers’ buying power, leading to more pressure on profits, jobs and wages — as well as cutbacks in expansion and in the purchase of new plants and equipment. Also, consumers who are financially able to buy often wait for still lower prices, adding to the deflationary trend. All these factors feed on one another, setting off a downward spiral that can be as hard to escape from as a stall in an airplane.

Getting Down to Getting Along?: Vera Bradova is optimistic that there is a major movement — a “contagion” — towards resilience and sustainability afoot that, coupled with growing awareness, knowledge and appropriate technology innovation, will be enough to turn our civilization around, but only if we can learn to get along — to trust, communicate, collaborate and cooperate with each other. I hope she’s right, that that’s enough, and that that’s possible, but I sincerely doubt it. I had the same feeling in the 1960s. And look what we’ve done since then.

Preparing Emotionally for Collapse: Carolyn Baker has started a service called Transition Counseling to help people cope with the early stages of civilization’s collapse. She writes: [thanks to Don Marshall for the link]

Part of me realizes that it is only a matter of time until the lush landscape into which I have immersed my body and soul will be destroyed by climate change. In Colorado, this is already happening with the death of incalculable numbers of trees infected by the pine beetle. Another part of me is also keenly aware of the earth’s magnificent history of regenerating herself. Perhaps in a million years, the landscape in which I sit, that may be destroyed in my lifetime, will metamorphose into another lovely landscape.

Somehow, when I return from my short mountain getaways, I am buoyed; I feel some distance from my despair for the world, and I am renewed in body and soul. It is as if I have spent hours communing intimately with a dear friend. My “friend” remains in my heart. She is still up there in the mountains, and I can return to her, but more importantly, she is in my body, and I take her with me as I do the work I came here to do. Even if she is made extinct, she is within me, and her palpable sacred presence within cannot be made extinct. I am exhilarated by her effervescent, wild fecundity, and my despair recedes. I feel my wildness; industrial civilization has not killed it because my wildness inspires me to find meaning in the madness of a collapsing world.

Eighteen Theses on Sustainability: From Orion, by Eric Zencey. What the term “sustainability” really means.

Despite the Deniers, Global Warming Heats Up: Latest data from NOAA. Thanks to Andrew Campbell for the link.

The Death of the Oceans: The desolated state of the seas, a century after “Peak Fish”, is summed up by Elizabeth Kolbert.

…and The End of the Ice: Thomas Homer-Dixon observes the rapid melting of arctic glaciers and sea-ice, first hand.

Monbiot Dissects the Magical Thinking of Skyscraper Gardens: George Monbiot has once again carefully researched and debunked the latest loony thinking of the green technophiles — that we can grow gardens vertically that will somehow defy the laws of nature. Thanks to Tree for the link, and the one that follows.

US Unemployment, 2007-2010, Graphically: The geography of the Great Recession, so far.

Eckhart Tolle in 10 Minutes: A great CBC interview with Tolle starts with a sum-up of his message and continues with an excellent, concise interview on Presence and living in the Now.

Compostable Packaging: Using mushroom roots and other inedible biomass instead of styrofoam. Thanks to Tree for the link.

The Real US Government: Glenn Greenwald reviews and expands on the recent WaPo expose of the gigantic, uncontrolled and private US government security bureaucracy that has become much more bloated and excessive since 9/11, and the degree to which now “the separation between government and corporations is non-existent”. That’s the definition of corporatism, or to use its homier name, fascism. Hendrik Hertzberg at the New Yorker also provides insight on what this run-amok security explosion means.

Immigration, the Ticking Time Bomb: As I predicted a few years ago, immigration (and visceral opposition to it) is emerging as one of the two main political issues of the second decade of this century (my other predicted issue was the right to die). The US is rounding up and deporting thousands of travelers on trains near the Canadian border who can’t produce proof of legal US status. France is expelling its Roma peoples. Everywhere xenophobia is on the rise, despite the fact that immigrants, even “illegal” ones, tend to be more peaceful, law-abiding and industrious than natives. Yet even a majority of self-proclaimed liberals over age 30 in most affluent nations approve of the draconian anti-immigrant initiatives popping up everywhere. Scary.

The Koch Brothers War on the Truth: The Koch Industries empire, the second-largest private company in the US and one of the world’s most unrepentant mega-polluters, is spending billions of their ill-gotten gains undermining environmental and climate change education and mitigation programs everywhere they threaten profits.

Will the Corporatists Let Elizabeth Warren Run the CFPB?: The brilliant and anti-corporatist author of The Two Income Trap is favoured by Obama to head the Consumer Financial Protection Bureau. But don’t bet on it.

And the Rich Get (Much) Richer: James Surowiecki notes that the top 0.1% of wage-earners in the US now earn more than the bottom 120 million American wage-earners. The power curve is getting steeper, yet Americans still seem determined to allow the ultra-rich to pay lower average percentage taxes than the average wage-earner. Shows the astonishing power of corporatist propaganda.

Defining Prosperity Down: Paul Krugman explains how governments continually lower voter expectations by distorting measures of wealth and well-being and redefining the meaning of terms until, as in Orwell’s 1984, they have no meaning at all. 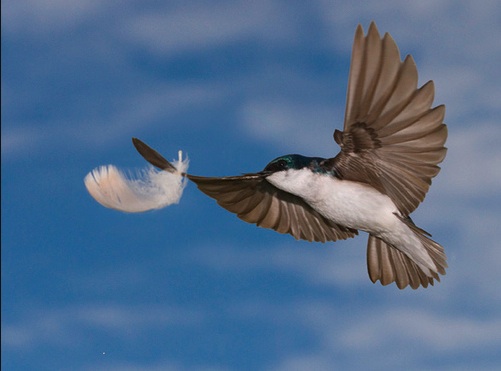 More Igudesman & Joo: I linked to this talented classical music duo’s hilarious Rachmaninoff Had Big Hands before. Check out also: Alla Molto Turka, the related YouTube videos, and their website, where you can buy their DVD. Amazing.

Confidential Corporatist Briefing on Peak Oil. A rolling-on-the-floor-funny summary of Peak Oil, written as a secret briefing to corporatists on how to conceal the truth. Thanks to Sharon Astyk for the link.

Foolish Answer: If manufacturers can’t prevent “traces of nuts” getting into food, then what other contaminants can get in? To restore public faith in the honesty of the food producers, warning labels should be extended to say: “may contain traces of nuts, rat feces, rat urine, rat parts, dead insects, live insects, human effluvia, human skin, human hair, toenails, fingernails and assorted dormant and active bacteria of known and unknown origin.”

Why teachers drink. Thanks to Cheryl for the link.

Dolphin bubbles. Thanks to Tree for the link.

Chris Hardie is discouraged and encouraged.

The Homeless Brother I Cannot Save. An amazing first-person account of trying to track, and help, a mentally ill sibling living on the streets. By Ashley Womble.

The News That Changed Everything. Another first-person account of how the result of a medical test changed a family’s life. By Dan Shapiro.

A new theory resolves several perplexing problems with existing theories of the universe (and no “strings” attached). But there’s a catch: The new model requires that there be no beginning or end of the universe, or time or space. To those of us who always suspected that Big Bang theory, and the search for the micro and macro limits of the universe, were just Creationism Lite, this is great news. Thanks to Ran Prieur for the link.

George Carlin’s famous 3-minute rant on The American Dream. Thanks to Colleen Wainwright for the link.

From David Foster Wallace (thanks to Sam Mills for the link):

What writers have is a license and also the freedom to sit–to sit, clench their fists, and make themselves be excruciatingly aware of the stuff that we’re mostly aware of on a certain level. And that if the writer does his job right, what he basically does is remind the reader of how smart the reader is. Is to wake the reader up to stuff the reader’s been aware of all the time. And it’s not a question of the writer having more capacity than the average person. It’s that the writer is willing I think to cut off, cut himself off from certain stuff, and develop … and just, and think really hard. Which not everybody has the luxury to do.

From James McMurtry, We Can’t Make It Here Anymore (read the whole poem!):

In Dayton, Ohio or Portland, Maine
Or a cotton gin out on the great high plains
That’s done closed down along with the school
And the hospital and the swimming pool
Dust devils dance in the noonday heat
There’s rats in the alley and trash in the street
Gang graffiti on a boxcar door
We can’t make it here anymore.

From the NYT on who we “individuals” really are:

This discovery [of “friendly” viruses in our bodies] is part of a rapidly growing interest in the microbiome — an effort to understand the diversity and complexity of the trillions of organisms living within each of us. The basic exploratory technique is broad-scale DNA sequencing of the genetic contents of the human gut. The result is a significantly different view of who we are.

We are not just the expression of an individual human genome. We are, as Dr. Gordon writes, “a genetic landscape,” a collective of genomes of hundreds of different species all working together — in ways that leave our minds mysteriously free to focus on getting our bodies to the office and wondering what’s for lunch.

7 Responses to Links and Tweets for the Month: August 2010 (late again)