What’s the Title of This Story? (guest post by Tree Bressen) 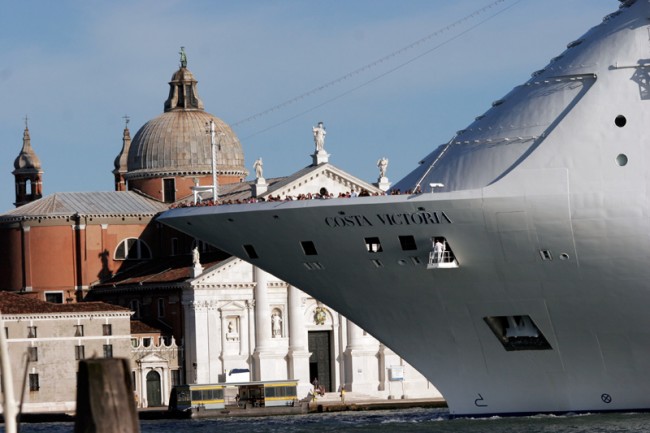 (image by Andy from Lighthawk Photo)

#1. The other day, the copy machine i’ve used in my home office for nearly 5 years with almost no troubles suddenly started generating a peculiar odor, a smell with a chemical tint to it.  I did what most people would do, which was to turn off the machine and hope the problem would go away.  Unfortunately, the next time i revved it up the odor immediately returned.  I generally have a poor sense of smell, so something has to be pretty bad for me to even notice; i figured it was time to call the company.

“I’ve had this machine for over four years, and it’s never made this smell until yesterday.”

“Do you see any burnt paper?”

“As i told you, it doesn’t smell like paper, it smells chemical.”

“Normal use can result in a smell.”

With rising frustration clearly evident in my voice:  “I’m telling you, i’ve had the machine for years, this is not normal. Can you please respond to the logic of what i am saying to you, instead of repeating your script?”

“May i please put you on hold?”

A standard bureaucratic interaction, right?  So we are accustomed to telling ourselves, and i’m sure you could share your own stories along similar lines.  I recently had a positively Kafka-esque moment attempting to transfer a bank account, where each banker was requesting certain verification from the other, simultaneously insisting that their institution’s rules prohibited them from first generating what the other was requesting.  Seems crazy, huh?  Like something out of the movie Brazil. Here are a few more stories, and you’ll see where i’m heading.
________

#2. I’m currently blessed to be buying a house.  When i called about this particular property, it turned out to be owned by someone i already knew.  Not a close friend, an acquaintance.  Instead of conducting the whole business through realtors, we sat down at a coffeeshop and worked out the deal with kindness, flexibility, and good sense, then presented it to be written up by the appropriate officials.  I took the initiative to schedule a signing appointment at the title company.  I told them we wanted to come in together, and she said, “We normally schedule the buyers and sellers separately.”  “I know,” i replied, “but we’re already friends, and we’d prefer to come in at the same time.”

The people i’m buying from never even met the owners before them… and this too is considered normal.

#3. For years i’ve spent an occasional Sunday evening visiting my elderly neighbors Annie & Bill.  Both retired teachers, they’re lovely folks, their house reliably filled with music, food, and good books.  They loan me extra linens for Passover every year (and some semblance of a shankbone, since i’m vegetarian), and proudly share the latest accomplishments of their children and grandchildren.  I met one of the latter once, when he was here attending university.  For a long time i lived right across the street from them, but since i moved a few blocks farther away i don’t get over to see them quite as often.  Recently i called to see about dropping by, for the first time in several months.  They did not pick up as usual, the outgoing message sounded odd, and a week later i still hadn’t heard back.

I searched online and discovered that Bill, 81 years old, had died shortly after my last visit.  Informing me naturally wasn’t at the top of Annie’s list to attend to:  they’d been together for over 50 years, and her own health was not the best.  Probably she’d gone down to California to be with her daughters.  Because we had no other friends in common, i hadn’t known.  I had to look on the internet to find out­ (fortunately their surname is not overly common) ­and to track down one of their kids to contact.

Separate stories, a few bureaucratic in nature, the last one personal.  What do these true tales have in common?

On a day-to-day level, you can complain all you want about administrative excess, or about the poor quality of craft and manufacturing “these days.”  Read the latest article bemoaning the state of our “sound bite” culture.  In the bigger picture, you may lie awake at night worrying about the latest financial crash, or coming climate disasters.  But on some level, all of these, along with the anecdotes i have offered above, have a common driver.

That driver is scale.

It is the scale of modern life, more than any other quality, that is a common cause behind all these phenomena.

Imagine how strange it would be, in most places in the world, in any village of a few thousand people, to not even know the people who lived in your place before you did.  In most such villages you would have built your shelter yourself, but if not you would at least know who did, and probably the whole history of who lived there several generations back.  Yet in America today we take it for granted that most people are strangers to each other, and the whole structure of modern life is built around that proposition, replacing community with rules to protect us from each other.

Mark Hayes writes that “We Are All Tuvaluans,”1 and in some sense it’s true:  In the effort to slow climate disaster, the tiny island nation of Tuvalu is but the canary in the coal mine — ­however, the reality of that is too far from obvious for us to act.  Or we would act, the 89% of us worldwide2 who consider climate change to be “very” or “somewhat” serious, only we are caught in polities so large as to be nearly impossible to turn around.  If it had been a rowboat instead of the Titanic encountering an iceberg, it wouldn’t have sunk.

To my mind, the one great thing about things that are unsustainable, is that by their very nature they don’t last. Operating in social units at the tens of thousands, let alone 310,521,330 (the census estimate of U.S. population on the day i am writing this), is unsustainable, and sooner or later it will change.  The coming crises, eventual results of the very, very large feedback loops we’ve created, are going to push us back into communities where we actually deal with each other face-to-face, for better and for worse.

At age forty, i’m sure not relying on the government to take care of me in my future “golden years.”  Social security is just that, social, and it’s going to be my relationships with friends and neighbors, not money in the bank, that are going to provide whatever care i may be fortunate enough to receive in that time.  For months in advance of my impending move i’ve been attending potlucks, book groups, and block parties with my future neighbors, about a mile from where i live now.  If one of them is in need, i’m trusting i’ll hear about it sooner than a few months after the fact.  Right now, those connections are still a luxury; later, they will be the stuff of survival.
________
1 http://www.tuvaluislands.com/features/GriffithReview2007/GriffithReview2007-01-05.html
2 http://ecopolitology.org/2009/12/07/poll-shows-unprecedented-global-concern-about-climate-change/

Tree Bressen has been putting down roots in Eugene, Oregon since 1999.  Working as a group facilitator on a gift economy basis, she is a co-creator of GroupPatternLanguage.org.  She lives car-free, travelling mainly by bicycle and train.  Tree uses a lower-case “i” to refer to herself as a conscious expression of values, asserting that English is the sole language out of 6,809 worldwide that capitalizes the self and no other pronouns, and that language is one influence on culture.

3 Responses to What’s the Title of This Story? (guest post by Tree Bressen)