Song of the Satyrs 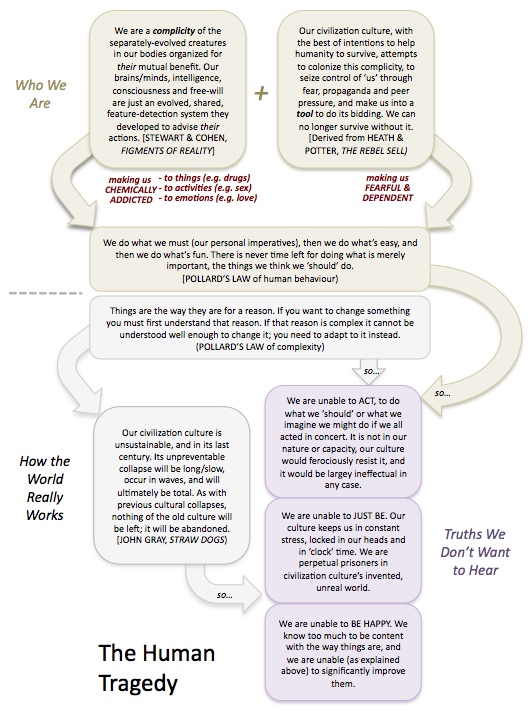 The word ‘tragedy’ has a wonderful etymology. It literally means ‘song of the satyrs’ (the first ‘tragedies’ were ‘satyres’ of the human condition in which the players dressed in goatskins). Although it has come to mean a play with an unfortunate ending, it began as a story of the human condition, using satyrs (raw ‘uncivilized’ creatures), as a safe way to reflect upon (satyr-ize) our own species.

A way to bring out truths about us, and our society, that we might not want to hear if we thought they were really about us.

This blog has in recent years been trying to discuss such truths, without the art and subtlety of a true tragedy, with two major story arcs — who we really are, and how the world around us really works. Our story has all the elements of a brilliant tragedy — we could not ask for a better, more devilish script:

A great story indeed. Fortunately it is only a satyre, an acting out of how another culture, such as the Easter Islanders or the Anasazi, or the fauns and satyrs of the primeval forest, might have faced existential crisis.

It could never be our story.

2 Responses to Song of the Satyrs