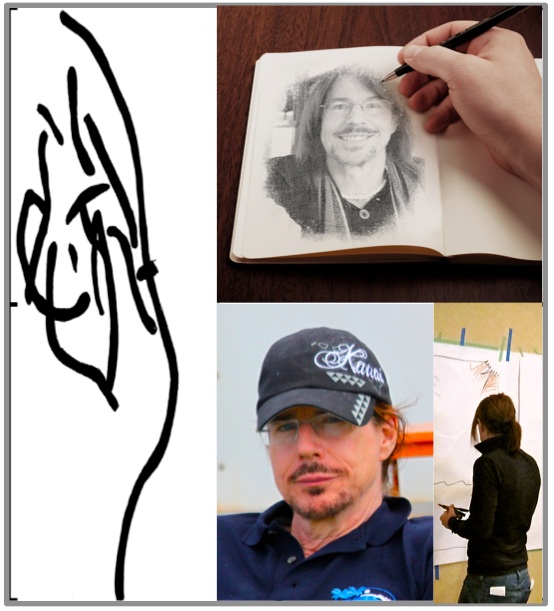 When I look at myself in the mirror, and try to see myself the way others see me, the person I see is not at all like who I am. The qualities that I think really distinguish me are not evident from my appearance. And when I meet people for the first time, and become aware of my judgements and assessments of them, often automatic and sometimes cruel, I invariably discover that, when I get to know them better, they are not like that at all. The women I’ve come to love in my life do not look like the women I imagined, and they do not look like who they are. And when I’ve met women who at first appear to have some of the qualities I love (e.g. exceptional intelligence, curiosity, playfulness, emotional strength, gentleness), I almost always discover my assessment was completely wrong. They don’t look like who they are.

One of the discoveries that astonished me during over 30 years working with and for large organizations is that the people who are promoted — especially at the very top levels — are not the most competent, not by a long shot. One of the key criteria is obedience to one’s previous bosses (renegades are tolerated in particular organizational ghettoes as poster children for the organization’s supposed edginess, openness and diversity, but are weeded out long before they reach the top), and loyalty to the corporate ‘culture’. But all of the other key criteria for senior executive promotion are physical — promoted CEOs tend to be tall, attractive or fit, powerful-looking, and of course male. None of these are good qualifications for leadership, and in fact most promoted CEOs I have met are mediocre — not very bright, rather inarticulate, and mostly devoid of any creativity or imagination. But, like GW Bush, they looked the part, and that was enough to get the job. When I’ve been involved in interviewing potential new employees, I’ve tried to be conscious of that potential bias, but most of my colleagues were oblivious to it, and their unconscious bias was obvious.

Online dating services also provide compelling evidence that people are not what they look like. Look at the photos and then read the profiles of potential matches and your eyebrows will soon be permanently raised and forehead furrowed. Extroverts look like introverts, techno-geeks look like sports fans, illiterates look like intellectuals, artists look like accountants. Even lawyers and PR wonks look like real fully-developed humans.

We judge people by appearances, and that has some disastrous and outrageously unfair consequences. We often make critically important decisions based on other people’s appearances, especially before we’ve even spoken with them. And other people are constantly making assessments about who we appear to be, when our appearance utterly belies our real identity. Nobody looks like who they are. And even if we consciously work to make ourselves more physically attractive, we cannot begin to make ourselves look physically like who we are beneath the skin.

My guess is that this is one way nature plays with us, to ensure maximum diversity of the gene pool. Language is a relatively new development in human history (there’s evidence that we’ve been making art three times longer than we’ve been using abstract languages), so one’s decision about a mate has, for most of our history, been a chemical and physical decision, rather than an intellectual or emotional one. And for most of that history, we lived in small communities when there were only a handful of potential mates to choose between anyway. Finding partners in today’s complex, homogenized and overpopulated world is massively more difficult, and appearance often just confuses matters, especially if it’s, for whatever reason, important to you.

Complicating things even more is that most people don’t really know who they are (they’re often too busy trying to be who others want them to be). Our realization of who we are, what differentiates us from most others, often emerges from years of social interaction, listening to what others tell us about ourselves (which is often completely wrong), and navigating between the identity that our genes and body chemistry define for us, and the identity our culture seeks to impose on us (often with the complicity of family, lovers and peers). So there’s often a chasm between who we look like, who we think we are, and who we really are. And as most people who’ve been through acrimonious break-ups will confirm, even when we’ve spent enough time with someone we really think we know who they are, they can still utterly surprise us and turn out to be someone completely different.

This is not a criticism, or something that needs to be ‘fixed’. It’s just an observation, something that occurred to me a while ago and which I’ve been giving some attention to since then. It’s interesting, and worth thinking about, and I’m not quite sure of what to make of it, as I strive to be more present, more attentive, to what’s really going on in this mad world.