This is an article I wrote for Earth Day that was just published in our local newspaper. It’s a little different from my usual stuff, intended to engage traditional newspaper readers who are probably unfamiliar with the alternative press, and unaware of the energy, economic and ecological crises we face. 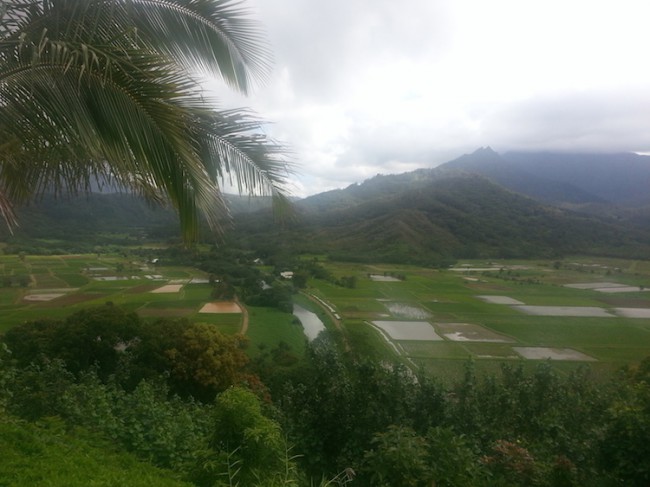 It takes a lot of courage to tell a story that isn’t the story of your culture. Just ask Galileo, or Salman Rushdie.

In his celebrated 2003 Massey Lectures, First Nations writer Thomas King told us “The truth about stories is that’s all we are”. If he’s right, it’s no wonder that those who deny the story of our culture are vilified.

Our now-global civilization culture’s story began as the mostly Judeo-Christian story of our fall from grace to a life of struggle, but it hasn’t really changed. Our culture’s story tells us that we must work hard, compete, struggle against scarcity and evil both without and within, and that if we ‘succeed’ in this struggle we will achieve endless progress and prosperity.

This story has brought us resource exhaustion, looming economic collapse, runaway climate change, species extinction, endless cycles of war, violence, suffering, disease, trauma, personal exhaustion, poverty, distrust, cynicism, and despair. Yet still we cling to it. It is the only story we know, and drives how we live, what we believe, and everything we do. Everything we read, hear and see reinforces it.

Perhaps Earth Day could give us the courage to recognize that our story is a story of illusion and disaster, and to start to craft and offer a new one.

The first step might be to give up our denial that something will rescue us from the precipice we now stand upon, all of us on this tiny, fragile Spaceship Earth. Denial that we can expect rescue from better leaders, or better technology, or a sudden upswell of coordinated global consciousness, or better laws or freer markets or a second coming.

In his book Requiem for a Species, Clive Hamilton says his extensive study of the latest climate science research has led him to this conclusion:

“We now have no chance of preventing emissions rising well above a number of critical tipping points that will spark uncontrollable climate change. The Earth’s climate [will now] enter a chaotic era lasting thousands of years before natural processes eventually establish some sort of equilibrium. Whether human beings [will] still be a force on the planet, or even survive, is a moot point. One thing seems certain: there will be far fewer of us.”

If your response to reading this is anger, or disbelief, or fear, that’s understandable: Like many climate scientists, economists, and students of our culture, Clive is starting to tell a new, and heretical, story, one that flies in the face of all we believe, and hope. You won’t find politicians, businesspeople, or news reporters telling this story — it’s too complex, too scary, too unbearable, too uncertain, too much out of our control.

Beyond the denial that our culture can be ‘rescued’, is only, now, the terrifying acceptance that within, at least, the lives of our children, the affluent, industrial world most of us have known for two centuries will be gone, and we have no idea what will, or can replace it.

What can help us move past this denial is a new story, one that will bring clarity and hope to what we must now face, and what the extraordinary legacy for future generations will be if we do so courageously and intelligently. That story is ours to write. It will begin when we learn about what happens when (not if) runaway climate change occurs, when an economy collapses permanently, and when a society’s accessible, affordable resources run out. These are world-changing events, but they’re not unprecedented and they’re not “the end of the world”.

Like a patient diagnosed with a life-altering disease, once we’ve learned and accepted the facts, we can start planning for what we will likely face and shift to a new way of living. Many patients receiving such news say it was the best thing that ever happened to them, that learning about the unsustainability of their ‘old’ way of life has led them to a joyous transformation to a new and more meaningful life.

My own ‘new story’ is one of a Great Migration of billions of people (and other creatures) from devastated equatorial areas to the poles, an astonishing journey that will re-teach each of us what it really means to be human, and to be connected to all other life on Earth, and of a new, peaceful, graceful, staggeringly diverse and smaller role of humans aboard Spaceship Earth several millennia in the future.

Your ‘new story’ will probably be different, and that’s fine. It’s enough that you start thinking about what that new story might be, in a way that lets go of hope of continuing our existing civilization in any form.

Whatever it is, it will be, at its heart, a story of liberation. It’s not too early to be writing it, and talking about it with everyone you know (especially your children). Earth Day would be a great day to start.

6 Responses to Writing a New Story