Turn On, Tune In, Drop Out 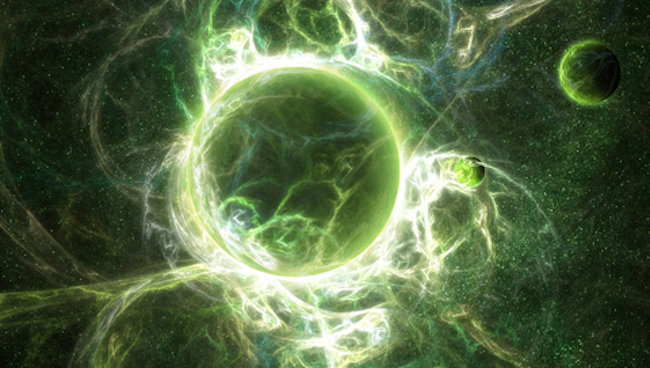 Marshall McLuhan had the right idea about striving to be present in a world that is ever-more absent, preoccupied, disconnected, and distracted. The process to move from absent-mindedness to presence, I am learning, involves three steps, and they are captured perfectly in the famous expression Turn On, Tune In, Drop Out (the expression was popularized by Timothy Leary, but at least according to Wikipedia he acknowledged that it was coined by McLuhan).

Turn On means let go of the myth of self and reconnect with and be carried along as part of the staggeringly complex indistinctness and ambiguity of our collective existence, using whatever method works for you — meditation, psychoactive drugs etc. That entails acknowledging that what we think of as our “self” is just an invented story, a collective myth. The emergence of the ego, the sense of self, would seem to be an unintended consequence of our large and protein-rich brains’ compulsion for finding patterns and representing reality through the use of abstract models. These are useful tools until they bring on a psychosis — until “we” believe these representations to be real, and our “selves” to be real and separate. This abstracted sense of separate self and identity is taught to us relentlessly from birth, and it has been reinforced and exploited, with the best of intentions, by our culture.

Our sense of separateness has enabled us to do some astonishing and ghastly things. One of the hallmarks of civilized human culture was the discovery and use of the arrowhead — the ancient invention that allowed us, for the first time, to kill “impersonally” — without putting ourselves at risk or physically contacting our prey at the moment we destroy and devour them. The drone, the unmanned flying vehicle capable of wreaking mass destruction on millions, is merely the latest high-tech manifestation of the lowly and terrible arrowhead. With these inventions we lost the sense of sacredness when one part-of-the-collective-us consumes another, for “our” collective benefit. With these inventions we could, for the first time, refuse to accept the inevitability of our sacred demise as essential food for another part of us, for “our” collective benefit. Our fear and loathing of death was, I think, a direct consequence of our new false sense of apart-ness, our disconnection. To Turn On is to reconnect, to let go of the myths of self and separateness, and to be, real and alive.

Tune In means learn, appreciate and understand how the world, and its complex adaptive systems, really work. That entails acknowledging that complex systems (i.e. all organic, social and ecological systems) are inherently largely-unknowable, uncontrollable, and unpredictable, unlike the mechanical systems we try to represent them as. It entails acknowledging that, by sheer dint of the collective actions of billions of well-intentioned humans, past and present, each doing their best, the economic and ecological systems on which we utterly depend have become overextended, exhausted and damaged to the point they are now unsustainable and are in a process of accelerating and unstoppable collapse. And that collapse is bringing about the end of global civilization culture, and with it a drastic reduction in human numbers and in the complexity of human society and, depending on the severity of runaway climate change, the extinction of either most or all living species on the planet in this century. To Tune In is to appreciate the wonderful and terrible knowledge of where we all are, now, and how we got here.

Drop Out means walk away from this damaging, unhealthy and dying culture, and cease participating in it and supporting it. That entails non-participation in any of the now-global culture’s interdependent and crumbling systems — political, economic, social, educational, health, technological, legal, media etc. It means no longer abiding by the rules of these systems that are killing our planet and which have made us all physically and emotionally ill. Most civilizations end not with devastating clashes among their citizens, but when their citizens realize the civilization can no longer sustain them advantageously, and simply and en masse, walk away from them. To Drop Out is to achieve and act on this realization.

I have spent much of the last decade on the Tune In part, studying complex systems and the nature and history of our economic, energy and ecological systems. It has made me a joyful pessimist — a pessimist because I realize that collapse will bring huge suffering and loss, and joyful because I have given up stressing over trying to reform or mitigate these systems. I am learning to just appreciate the wonder of life and love and learning, and the astonishing possibilities for a much better world after the collapse of this terrible but (in the larger scheme of things) short-lived agri-industrial civilization. It will be a world with many fewer, lower-impact, re-tribalized humans, or perhaps no humans at all.

That part has been easy, despite the sense of grief, shame and dread that the realization of inevitable collapse has brought me. The other two parts, the Turn On and Drop Out parts, are seemingly beyond my current capacity.

While I continue to try different modes of Turning On — meditation and other thought-quieting methods that will hopefully lead me beyond the myth of self towards real presence and reconnection, I don’t feel I’m making much progress. And I confess to being impatient: I give up (too) easily. I’m looking for an easier and faster way. I’m curious to try biofeedback techniques such as those Gary Weber has suggested. I am still too much a coward to try ayahuasca or similar psychoactives that are said to make it easier to reach a sustained state of reconnection. Nevertheless, I am motivated, and sometimes feel infuriatingly close to achieving a breakthrough in realizing that state of presence, reconnection and “self-less-ness” that I know intellectually is possible, and that I yearn for so profoundly.

I can understand why many of those trying to heal from Civilization Disease seek a simpler and more accessible path — such as appreciating their “self” more instead of berating themselves, and such as building self-confidence and personal resilience through self-affirming rather than self-transcending methods. But it seems to me that if you can transcend the self, doesn’t the need to heal it go away?

When it comes to Dropping Out, I am starting to learn some of the essential capacities for personal and collective self-sufficiency, so that I will be ready to be a useful member of a drastically relocalized community when centralized systems reach a more advanced and obvious stage of irrevocable collapse. But I am doing so very, very slowly. I’m still far too comfortable as a dependent of civilization culture, even though I know it won’t last much longer. It’s too early, I tell myself, for many of these capacities to be immediately needed or valued, so I’m pacing myself. If things start to get worse faster, I’ll pick up my pace. It’s not in our nature, I think, to learn things that are not currently of much use, even if we expect they will be sooner or later.

So here I sit, Tuned In, trying unsuccessfully to Turn On, and getting ready to Drop Out. While I’ve done my homework to learn, appreciate and understand how the world works and where we stand, I am by nature a Doubting Thomas, and continue to critically challenge everything I hear and believe. While I’ve so far fallen short of achieving the capacity to let go and reconnect with all-life-on-Earth, it will be a life-long quest, and I take heart from the stories of many people who, after years of struggling with the seemingly-impossible task of “getting there from here”, suddenly find themselves there and wonder why, in retrospect, it was so difficult. Perhaps it’s the existential equivalent of learning to ride a bicycle: I remember the immense struggle and frustration I felt trying to learn to ride, and immediately afterwards I couldn’t understand why it was so hard. And while it is likely too early for me to learn more of the essential skills needed to be of use in real, self-sufficient communities (and which skills to learn will depend somewhat on where that community is and who else is in it when collapse reaches an advanced stage), I have a list, and I’m working slowly away at it (top of the list this year is improving my self-awareness, attention and conversation skills, and learning, at last, to swim and to dance).

These days I feel impatient, dissatisfied and restless, and am not exactly sure what to do with myself each day, or what I am meant to do with with the rest of my life. I have reluctantly realized that I can’t hide from stress and am going to have to live with a lot of uncertainty, ambiguity, seeming lack of accomplishment, and continuing lack of personal resilience for quite a while yet, and perhaps for the rest of my life. Still, at what seems to be another turning point in my life, I am extraordinarily grateful for all I have and how easy my life is compared to most people’s. Unlike most people struggling to survive in an increasingly harsh world, I have had the luxury of sufficient time and resources to Tune In, Turn On, and Drop Out. Far from being a slogan about escapism and irresponsibility, it is, I think, a path to becoming a model of how to live during collapse, and showing others how to do likewise. I believe it would be foolish not to take it.

11 Responses to Turn On, Tune In, Drop Out