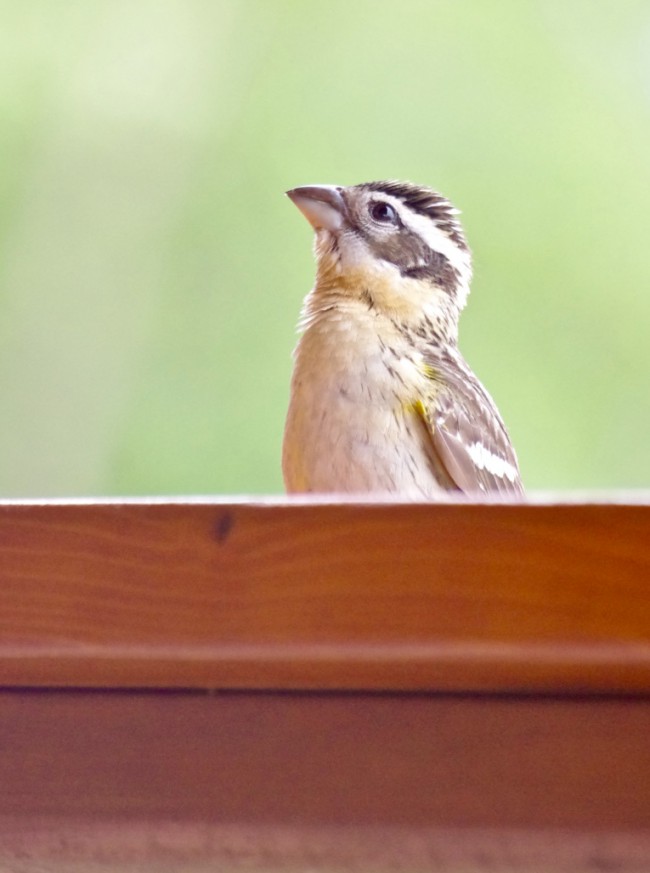 age 6
learning to ride a bicycle, frustrated
falling off and falling off, again and again
wanting so badly to figure it out
father running behind holding the back
saying to pedal faster to make it easier
or to turn in the direction you’re falling
and still falling, falling
watching younger kids flying by, smiling
afraid of being hurt, afraid to fall at high speed
afraid to fail
and almost giving up after endless trying
and wondering what’s wrong with me
everyone else can do this

and then, finally, success
and wondering why, what had changed
and feeling so foolish, that it was so easy
what was there to be afraid of?

age 9
learning to swim, frustrated
sinking and choking and failing, again and again
wanting to pass to the next level so badly
practicing all the moves, doing each fine
but not being able to put them together
still stuck here, in beginners
watching younger, newer kids in class advance
and never seeing them again
still being told what to do and trying, trying
sinking, gasping, panicking
afraid of drowning, afraid of having to be rescued
and finally, giving up, no more frustration
no more humiliation and failure

age 15
learning to drive, frustrated
misunderstanding the signs
splashing people, driving over curbs
not looking far enough ahead
the instructor jamming on the brakes in panic
and saying it’s ok let’s try it again
dreading the lessons
but wanting to learn so badly
and then the first driving test, failing utterly
not even close
and the second test, so nervous now
terrified, just wanting it to be over
promising to only drive on special occasions
and failing again
all too much, too much to focus on at once
too much to learn
afraid of hurting someone, of wrecking the car
of humiliation, of letting people down
and then the third test, determined
and failing again
wanting to give up, no more frustration
and then waiting six months
before being allowed a fourth test

and somehow, on that fourth attempt
just passing, and wondering
did he just say “ok enough
we don’t want to see you again”
or was it just luck, no real challenges encountered
not a real test at all
and wondering what’s wrong with me
everyone else can do this

age 20
learning to dance, frustrated
stepping on the teacher’s feet,
forgetting the steps, starting again
even falling down
trying so hard
afraid of falling, of humiliation, of rejection
and then being told
you’re just not coordinated enough
and it’s time to give up

age 25
learning to speak in public, frustrated
stuttering, speechless, failing as a substitute teacher
having to read your notes to get through it
(long before the days of powerpoint)
full of shame and self-loathing
for not being able to extemporize
work from points
teach and speak without notes entirely
and wondering what’s wrong with me
everyone else can do this
afraid of humiliation, disgrace
being talked about
but this time failure is not an option
you will not get ahead in your job without this skill
so you struggle, you try again
you find most others struggle with this too
and over thirty years you get better, bit by bit
not good, by any means, but good enough

other things, too, you try to learn, frustrated:
industrial arts, chemistry lab,
music lessons on different instruments,
gymnastics, sewing, art, orienteering
failures all, though not for lack of trying
and wondering what’s wrong with me
everyone else can do this
but these are things you can live without doing

so now, much older
learning to be present
learning to realize what really is
and what is just the mind’s invention:
self, separateness, mind, time, all illusions

this is the most frustrating failure of all:
still the echoes of “you’re not paying attention
you’re not trying, you’re not focused, it’s simple”
and still the arguments that it just takes practice
don’t be such a lazy, self-obsessed wimp
just do the work
ten thousand hours and it will come
you have to keep at it
and hearing so many say they have seen it
and here’s what to try
and trying and trying
and being told you’re not really trying
or you’re trying too hard
you’re doing it wrong

and still being afraid (of what this time?)
afraid of the endless struggle against fear
afraid of suffering and being trapped
not really alive at all, stuck in the doorway
between life and this space of holding back
afraid of admitting failure, of failing others
and of letting people down
afraid of being ordinary
afraid of taking up space
in this world coming undone
and not being “part of the solution”
not being part of anything
and wondering what’s wrong with me
(even knowing there is no “me”
to be doing it wrong)

still falling, scraping my knee, fearfully
getting back up and trying again
full of self-loathing and self-frustration
(even knowing there is no “self”
to loathe or be frustrated with)

next time (even knowing there is no “time”)
will be the time without pain
without falling, without failing

next time, lightness, effortless gliding, flight
next time it will be easy
it will all make sense
(what was there to be afraid of?)
and nothing will be wrong again

3 Responses to next time