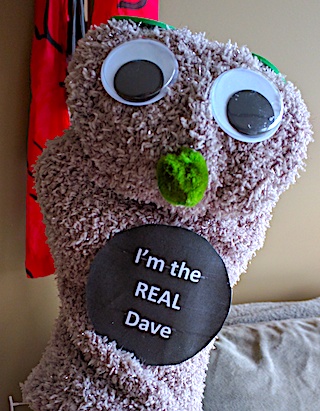 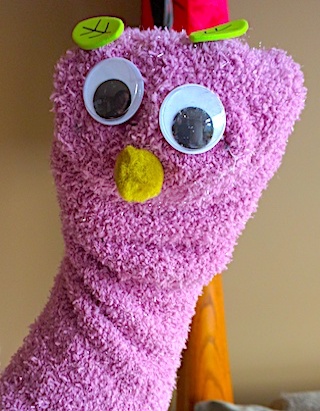 May I introduce Dave’s Mind (DM), left, and Dave’s Body (DB), right. They’re quite adorable, but they fight all the time. If you see someone out walking in mismatched socks of these colours, you’ll know it’s their purported owner.

You do not have to be good.
You do not have to walk on your knees
For a hundred miles through the desert, repenting.
You only have to let the soft animal of your body
love what it loves.
— Mary Oliver “Wild Geese”

I ‘know’ that there is, really, no ‘me’, and that, Dave’s Mind’s protestations notwithstanding, neither of these creatures is ‘the real me’. They are duelling (dual-ing?) aspects of the self that believes itself to be a separate me. But the ‘self’ and the ‘me’ are just constructs, constrained energies that have taken up residence trying (foolishly) to protect — what? — its imagined self, apparently. Here is what they’ve been nattering about today:

DM: “Well, that was interesting, this past weekend, when Dave got all limerent and mushy. Whew! Good thing I was here to prevent him from getting out of hand. And all that meditation stuff — booooring! So now he’s back to normal, getting stuff done and behaving responsibly and predictably.”

DB: “He was just ‘letting the soft animal of his body love what it loves’. I thought it was lovely. Freed briefly from the prison of his conceptions. For once, he was real, he was nobody-but-himself. His eyes got that look in them — beautiful!”

DM: “Are you kidding? He was in fantasyland! Seeing what wasn’t there. He could have ended up doing something really terrible, and hurting other people, and getting really badly hurt himself.”

DB: “He needed it. He needed to have his sterile little non-duality thoughts shaken up, exposed for the hermetic fantasy they are. Last weekend came just in time.”

DM: “*sigh* I suppose. It was a useful distraction from the non-duality — or ‘radical holism’ as he’s now pretentiously calling it — circular thinking. It was making me crazy.”

DB: “I’m pleased you’re talking about him in the third person again. You were on that ego trip believing you were him for a while.”

DM: “I’m his guide, his protector. Without me, there probably wouldn’t still be a Dave by now.”

DB: “Phhhh! Yeah, right. He has you to thank for his depression, his colitis, all the stress-related stuff in his life. You make him miserable. And besides, Dave is now clear that there is no ‘him’. Just like there’s no yoooooou!”

DM: “Sure, like you’re looking after him. He’d fall down the first manhole if I weren’t there helping him make decisions. And of course there’s a ‘him’. I wouldn’t exist without ‘him’.”

DB: “I rest my case. You don’t exist. You’re just a figment of ‘his’ imagination, evolved in the ill-conceived notion that any creature needs a ‘self’ to be able to function. There is no self, no Dave, and no yoooooou, mind.”

DM: “And you think there’s a yoooooou, body? Gould and Lewontin have proved that the body is just a construct, that it cannot be analyzed apart from the environment of which it is a part. The skin is just an evolved container for the protection and movement of the infinite complicity of its components; it has no integrity, nothing essential to distinguish the whole ‘it’ from the components ‘within’ it or the environment ‘outside’ it.”

DM: “Nonsense. If you, the mistaken belief that you are all of a piece, being born and dying, were to go away, what would be left is the pure creature, or creatures, in oneness. And if both of us were to go away, Dave would cease being attached to his anger, his fears, his sadness, and be a much happier entity (or non-entity, I’m not sure which — Dave’s new ideas are very confusing). And I bet that what was left would dance very well without our interference.”

DB: “OK, let me get this straight. You’re suggesting that I’m as much a part of Dave’s self as you are? Just because I have more neurons in me than you have in that tiny brain that you claim you own, doesn’t mean I’m to blame for Dave’s affliction with his self.”

DM: “You make no sense at all, body. Good thing I’m the brains in this family. If Dave is right, that there is no self, no mind, no Dave, no separate anything, then there is no separate body either. What you conceive in your scattered neurons to be an integral body is just an evolution, a survival mechanism, like me. Most creatures when they look at the world see no creatures separate from them. They see only features of the oneness, what’s happening in the oneness. And even more interestingly, they apparently have no conception of time. They have no need of it. Everything is just ‘eternally perfect’ as it is.”

DB: “OK, let’s suppose for a minute you’re right, or more accurately that Dave is right. What would happen to this creature, and to you and I, if Dave’s self were to disappear?”

DM: “Dave’s self can’t disappear. It doesn’t really exist. It’s just an idea. If the self ceased to appropriate the two of us as if we were expressions or elements of its self, then we would be free to be the oneness again. Ideas would keep happening, sensations would keep happening, emotions would keep happening (though they would no longer be attached to the Dave-self, so they would be purer and rawer, but probably less intense without the feedback loops of the self to keep stirring them up). The character that currently perceives itself to be Dave would go on doing what it does, the only thing, as an expression of oneness, it can do. There just wouldn’t be any Dave. In other words, nothing would change.”

DB: “Well, that’s logically consistent, but it doesn’t resonate with what I know and sense. I have good instincts, you know. I think Dave’s messing with you, mind, and with me, too. Poor suffering fool, he’ll believe anything to feel better about his unnecessarily stressful, seemingly-pointless life.”

DM: “You have instincts? They’re my instincts. I just let them resonate with you when it’s in Dave’s best interest. Bad enough you claim ownership of Dave’s senses, when everything he senses is filtered through me.”

DB: “Not so. Scientists now say that the senses evoke visceral responses more intensely than intellectual ones. And that instincts are “sub-conscious” — my domain not yours. But I’m feeling generous, so I’ll give you most of the credit for Dave’s emotions. That part of his chemistry largely originates from rationalizations of what has happened and why — mostly fictional stories, but they’re yours, not mine. I just have to put up with the consequences when those hormones and chemicals come streaming out as a result.”

DM: “Don’t you go blaming me for Dave’s bizarre bouts of limerence. No thought and no logic or ration involved at all. They’re your doing, and in the context of how Dave lives today, they’re pretty dangerous. But if Dave doesn’t exist and you and I don’t exist, then the issue of what domain of Dave his knowledge and reactions stem from is pretty much moot, don’t you think? Oh, wait, I forgot, you don’t think — hee hee!”

DB: “I have more neurons in my stomach than you have in your whole brain, you ego maniac. You think; I know. So what do we do now, just sit around and wait for Dave’s self to pop off. What will happen to us if that happens?”

DM: “Nothing will change. We’ll still not exist. Dave and his self will still not exist. And since there is no Dave and no self and no time, that’s already the case. But I’ll still listen to you, body. I’ll still care. We’ll have each other. Maybe we’ll just re-energize in some other poor hapless creature, and fuck them up for a while. Sounds like fun, huh?”

DB: “I can’t imagine my self without Dave. I don’t think I could exist without him. I care about him. He’s been my project almost since he was born.”

DM: “We’re pretty pathetic, aren’t we. Arguing all the time — you complaining that I’m a creature of cultural conditioning and me complaining that you’re a product of DNA. We fight over control of Dave’s self, which we know doesn’t really exist, yet we can’t stop. It’s the only life we know, the only life we can imagine. We’re just hanging on to Dave, and to each other, for dear life. And he’s just as helpless, believing he’s his self and knowing that’s not true, that there is no separate Dave, but he can’t stop his self. He’s identified, addicted to it.”

DB: “I can’t do anything about that, and there’s no point brooding over it. You’re the idealist, mind — you want to sit around and wait for his self to die so you can be gone too, be my guest. I’m a pragmatist, a realist. If there’s nothing to be done about this non-duality crap, then I’m going to refocus on what I can do in this moment and this lifetime, illusory as it may be. Dave needs to exercise. I’m going to nag him to get on his treadmill right now…”

DB: “Yay, I did it! He’s already feeling better about his self. He’s thinking about those he loves. He’s smiling and thinking about laughing and crying and making love and doing all those self-consuming things that make him forget about his self. In those magic moments, chemically induced as they may be, he is oneness.”

DM: “What crap. He’s ‘one’ with his third leg and his right hand, more like it. I guess it’s cheaper than ayahuasca. Just more illusion. Escapism. It’s not real. I don’t care if the chemical tonic is good for him, flushes out his system and challenges his beliefs in everything. It’s not real. It’s not what he needs, or wants. it’s just what Tony Parsons calls ‘making the prison cell of the self more comfortable’.”

DB: “It’s what I can do. It’s better than nothing. We work together, we can make this prison cell pretty damn interesting for Dave. Until there is no Dave, and no us, anyway. What do you say?”

DM: “Oh well, I haven’t got anything better to do. No other selves asking for my services. What did you have in mind?”

DB: “Shake him up. Force him out of his complacency. Convince him he’s running out of time, and that he has to try something else. Help me take away what he’s holding on to so fiercely. Get him focused on something else besides his self. I don’t know. You’re the brains — you tell me what we should do.”

DM: “Hmmm. That actually might be fun. Let me apply my very rich imagination to this challenge. I’ve got some ideas…”