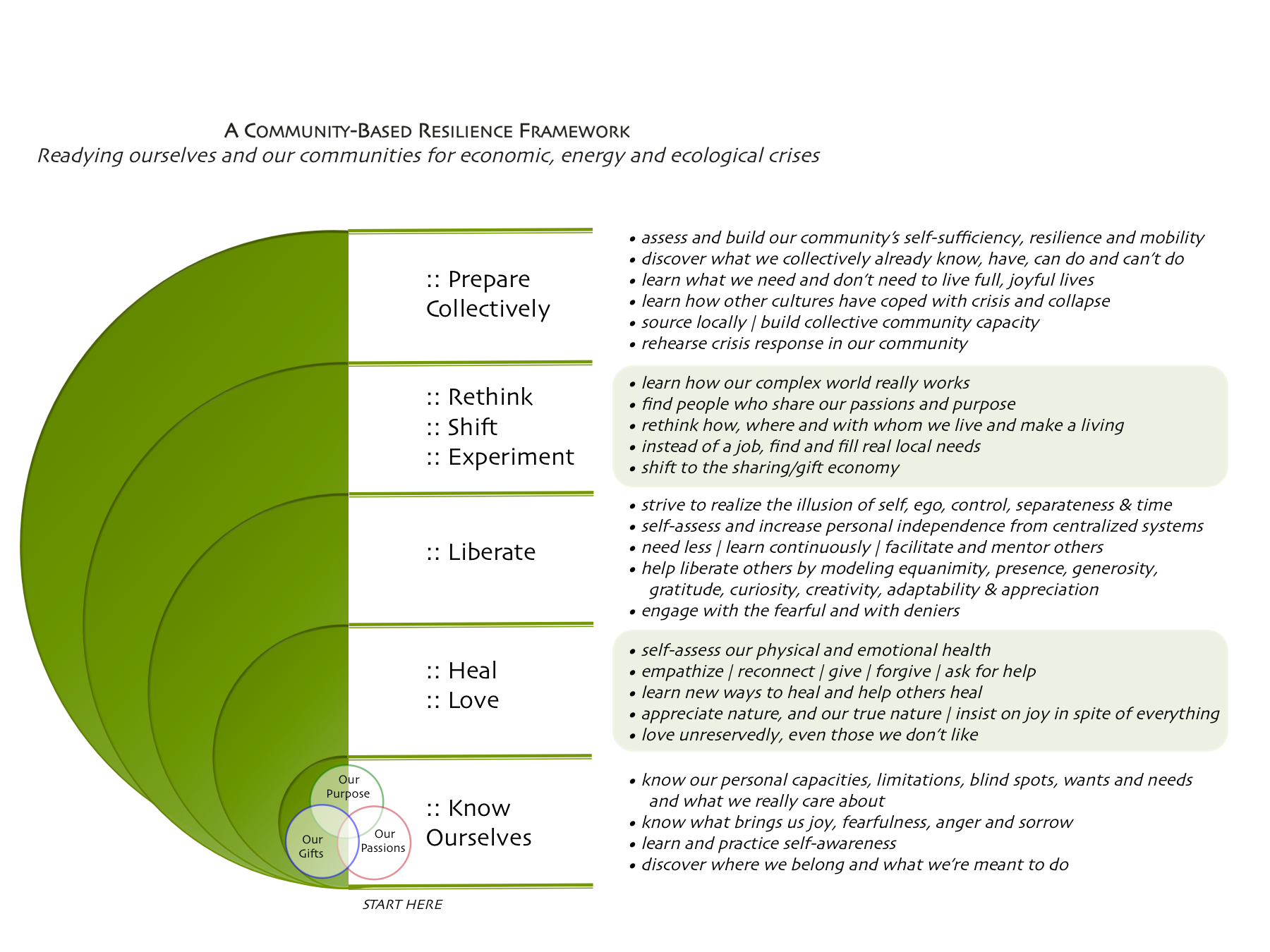 Earlier this week I was interviewed by Carolyn Baker for her New Lifeboat Hour podcast. The 33-minute podcast is now edited and up here.

This is the first time I’ve tried to weave in collapse and complexity theory with non-duality. It worked out pretty well.

The title of our discussion was How to Live at Peace With the World, and in it I explain how my studies and readings, about how the world really works, and about complexity theory in particular, led me to become a ‘collapsnik‘. And then I talk about my 5-stage resilience framework (reproduced above, and available as a PDF here) and how my more recent study of non-duality (as part of my ‘Stage One’ self-knowledge work) have affected my perceptions of how we can prepare for civilization’s collapse.

What I talk about essentially is four ‘denials’ — four apparent truths that until the turn of this century I would have labeled as preposterous (and most people still do). Now I see them as undeniable:

None of these truths is intuitive or easy to explain or defend. Overcoming our denial of them is hard work and takes a great deal of study and thought.

And each of these truths, as it is realized, makes us more ‘hope-less’. But rather than lead to despair, they can, when approached with an attitude of loving kindness, compassion, sympathetic joy, and equanimity, enable us to be at peace with our conflicted selves, other self-inflicted humans, and our desolated world. This realization doesn’t mean we then do nothing (or behave nihilistically). We humans have evolved to be a generous, collaborative and caring species. So we do the only thing, in the circumstances, we can do — our best.

Anything else is impossible.

I hope you enjoy the podcast, and encourage you to check out some of Carolyn’s other work.

7 Responses to The Four Denials