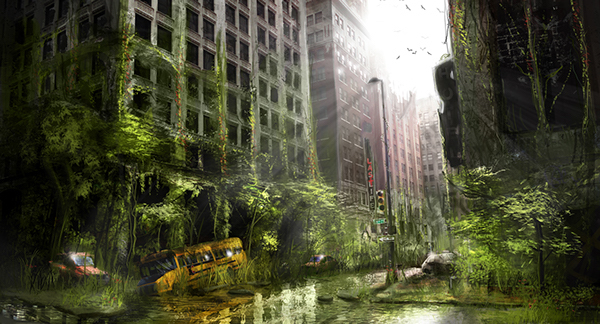 A few days ago I received a message from Transition Network co-founder Rob Hopkins saying he’d enjoyed my 2013 post about imagination. We’ve compared notes since then, and for the last few days I’ve been thinking more about the topic.

Back when I first started blogging, I wrote, intending it ironically:

If we can’t imagine, we can do anything.

What I meant by this is that if we’re unable to imagine the potential consequences of our actions, we can commit the most terrible atrocities. I think psychopaths (and many politicians and other ‘leaders’ qualify here) find a way to shield themselves from imagining. They are driven by their disease to do ghastly things, and they don’t dare imagine what their actions could lead to. In particular, they’ve inured themselves to their own suffering, and as they act out their grief and anger they must also inure themselves to the suffering of others. That’s their nature, the only way they’ve learned to live and cope.

What I have described as an increasingly global culture of homogeneity and immense imaginative poverty is fuelled mostly I think by the simple lack of practice imagining things out of nothing, in a world that essentially leaves nothing to the imagination. Now, the rules of computer games are enforced by the software to ensure you can’t invent your own variations and diversions. War and every type of violence is acted out explicitly and displayed graphically in ‘entertainment’ media down to minute detail in high-definition. Business processes (and the technologies that now enforce them) have become prescriptive and rigid. Everything is organized for children, right down to with whom, and when, they will play. Through lack of practice we have lost the capacity to make things up without a template, a model to copy, and instructions to follow.

Those of us blessed to live affluent lives are now so accustomed to our current way of living that we cannot imagine any other way to live. All over the world privileged people spend most of their waking hours in front of one kind of screen or another (sometimes more than one at a time), distracting themselves with the same homogeneous, derivative content, looking for meaning and direction on what to do next. When the screens go dark, they are at a loss for what to do. When the screens go dark for good, they will be lost forever.

I am blessed, or cursed, with a rich, often overactive imagination. Some of the things I am imagining in our future are clearly unimaginable to most people, and in particular to the young people who have been most deprived of the opportunity to practice imagining.

Here are a few of the things I can now imagine (warning: some of what follows is pretty grim; if you’re sensitive you might want to skip the rest of this post):

These are, of course, just possibilities, imaginings. They are not predictions, which are impossible, and pointless. We will see.

2 Responses to Imagining the Unimaginable