This information is based solely on somewhat unsubstantiated internet research and as such may not be entirely true, but it is certainly interesting. I explored the subject because I’m planning a trip to Cymru (Wales) this summer and wanted to be able to at least pronounce the place-names correctly. Of course, I quickly got side-tracked into etymology. Apologies for any misspellings, misinterpretations, (unintended) insults or factual errors. 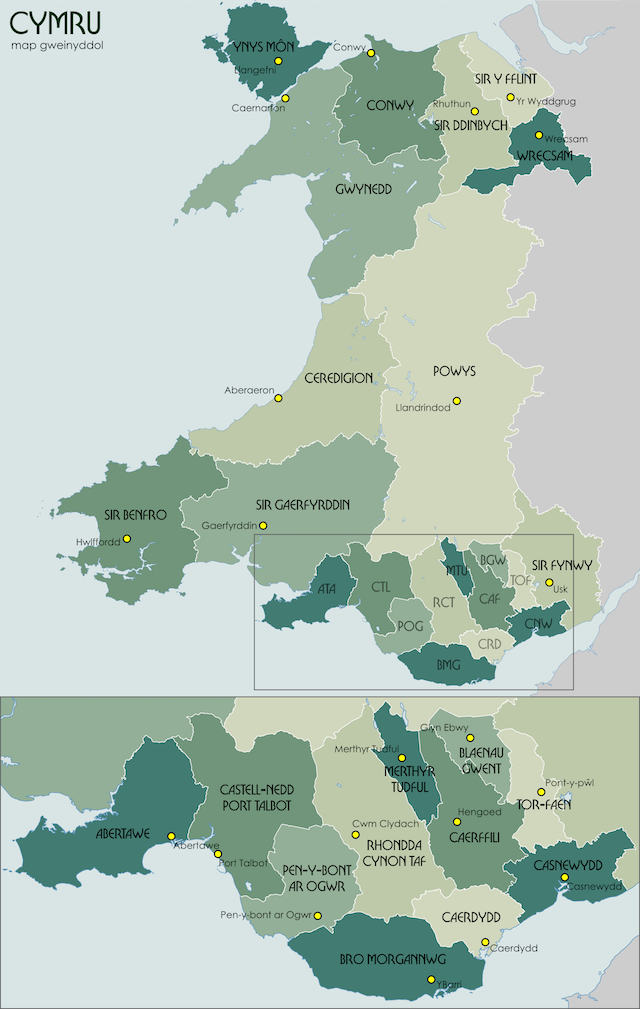 1. The Welsh have at least four ways of saying “sorry”: They translate as “I apologize”, “I was wrong”, “Please give me a way out (of this)”, and “That’s unfortunate”. They mean quite distinct things and require different responses.

2. The Welsh phrase for “please” translates literally as “may it be seen to be good”.

3. The most common Welsh phrase for “you’re welcome” translates literally as “no problem”. Alternatively you can just use the same “may it be seen to be good” phrase to reply to a “thank you”.

4. The Welsh word for “goodbye” (hwyl) has no English translation and is apparently an ancient Brythonic word (the Welsh and Bretons from Brittany France are perhaps the only true “Britons” — the only people whose language remains unassimilated by the invading Angles, Saxons, Normans, and/or French). The meaning of hwyl is something like “joyous energy” or more colloquially “have fun”. No “god” involved in their farewells!

5. The Welsh greeting Siwmae/S’mae (North Wales) or Shwmae (South Wales) is an ambiguous expression that can mean either “how is it (going)?” or “it is how it is”, so it can be used either to ask informally how someone is doing or as a non-committal reply to that inquiry. (The French language has evolved a similarly functioning expression — Ca va? Ca va!). No need to lie and reply “I’m good, fine” if you’re not. It is how it is.

6. There are no general Welsh words for “yes” or “no”. You use the terms for “there is/isn’t”, “it is/isn’t”, or “I am/am not” or “I do/don’t” depending on context of the question, to reply in the affirmative or negative.

7. The Welsh language does not support the possessive concepts of ownership or property, so there are no prepositional words equivalent to “my”, “your”, “their” etc. So to translate “our car” you say something like “the car that is with us”; likewise for spouse, child, money etc.

8. The Welsh names for months are somewhat more Pagan and harvest-oriented, and less Roman than the English names (though somehow Augustus got his name in there). The names, English equivalents and their most likely original Welsh meanings are:

6 Responses to Several Short Sentences About the Welsh Language