10 Things That Are Less Complicated Than They Might Seem 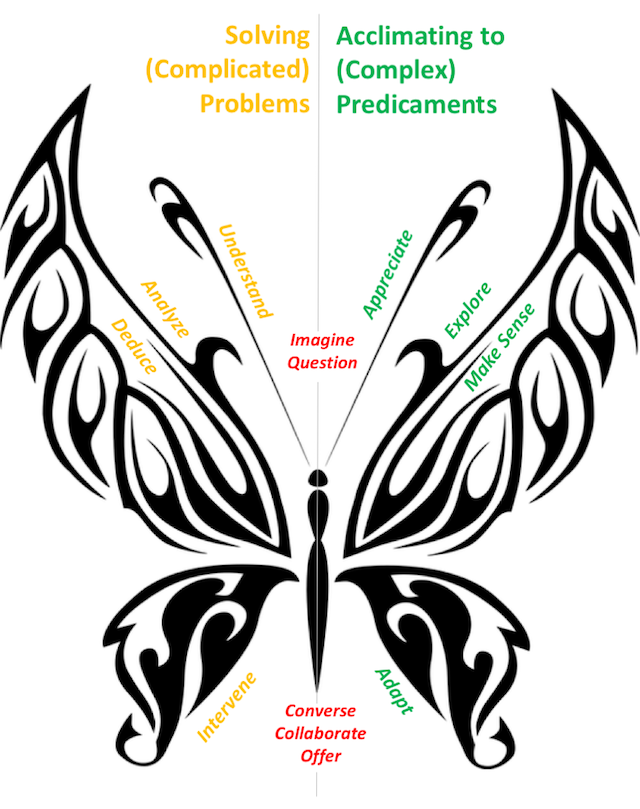 Everyone wants things to be simple. So I am delighted to tell you that many of the most important issues and questions we face during our bewildered lives are not as complicated as they might seem.

Unfortunately, the reason they are not complicated is that they are complex. There is an important difference. Complicated things, such as cars, computers, and anything you buy from Ikea, can be more-or-less completely understood (except for the Ikea pictographs) and analyzed. They can therefore, with some work, some intelligent deduction, and appropriate intervention, be made, improved, fixed, or renewed. They also quickly break down (except for those $9 plastic-coated side tables from Ikea), and end up thrown away.

By contrast, complex things, such as bodies, ecosystems, and social groups, cannot be fully understood, and some (like jellyfish, cults, climate systems and zombie fan-fiction writers) cannot really be understood at all. The more we study them, the more we realize how little we understand them. They defy effective analysis — there are just too many variables, and oversimplifying their complexity and treating them as merely complicated can lead to huge, tragic, unforeseeable consequences. You can never reliably predict their behaviour.

What you can do is to appreciate them for what they are, and try to at least get a rough sense of why they are the way they are, and what their presence means for you. Complex things evolve slowly, and sometimes randomly, but they usually have arrived at the way they are for a good reason. Most indigenous humans and wild creatures know this, and they appreciate and accept the way things are. What they do is explore or “probe” them, to try intuitively to make sense of why they are this way. If I eat this food, or this medicine, will it apparently make me feel better or worse? If we add this to our (admittedly simplistic and imprecise) climate change model, does it better approximate what has happened and is happening? If I “hold space” in a group to allow everyone to have their say and feel safe and respected for doing so, will that help the group move forward on their current issue, or just waste valuable time? Dealing with complex situations (as distinct from chaotic ones) revolves around paying attention, not around planning and implementing.

Responses to complexity entail adaptations and workarounds, not “fixes” — the best that we can hope for is that they seem to help, for now. While solutions can solve complicated problems, only adaptations and workarounds can help us acclimate to complex predicaments. (To acclimate, or acclimatize, to a situation means to adjust oneself to something different or unforeseen; for most of our time on earth most humans were nomadic and learned to acclimate to different “climates” and to “weather” the difficulties they presented — definitely a good skill to have!)

Predicaments, by their nature, cannot be solved. (Likewise, if you try to “acclimate to” a complicated problem, say, by constantly adding oil to your car’s engine because it always reads empty, that is not a solution.)

This is ancient knowledge. Watch birds deal with unexpected weather, or listen to how indigenous peoples deal with what we would call “crime”, or study how ecosystems (and many other complex systems) evolve to work around obstacles and self-perpetuate, and you’ll appreciate that most of what we’re unhappy with, most of what’s seemingly not working the way it should, cannot be “fixed”, and that when we accept, appreciate, adapt to and work around — ie acclimate to — the predicaments we face, we’re way further ahead.

So the good news is that, since most of the major challenges we face personally, culturally and globally in the modern world are complex predicaments and not complicated problems, we need not waste time, energy or peace of mind trying to understand and solve them. This will, unfortunately, be bad news to political megalomaniacs, “true path” spiritual gurus, economists of every stripe, obscenely overpaid business “leaders”, most consultants, and many others rewarded for allegedly fixing complex things (or telling you how to fix them). Happily for them, they are too busy and self-preoccupied to learn about complexity.

I promised you a “top 10” list, and you’re probably getting impatient. So here’s the list. Here are ten things — mostly life challenges — that are less complicated than they seem — because they’re complex.

They don’t call this blog How to Save the World for nothing. Hope you’ve found this fun, and maybe even a little insightful. More coming up over the next few days.

Butterfly clip-art CC0 from the good folks at pixabay.com — love these guys for the service they provide! Pretentious scribbled words on the butterfly are mine.