What Happened Next, Apparently 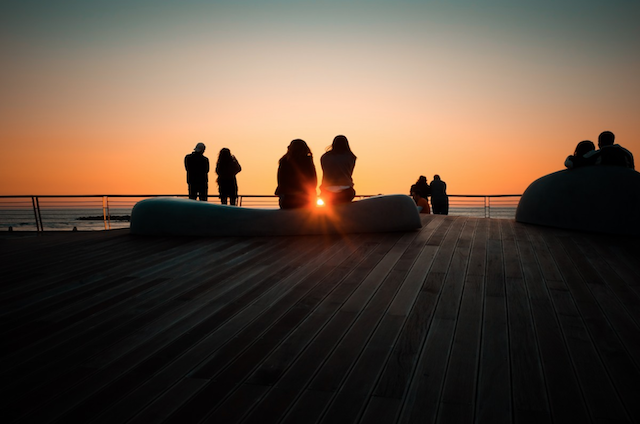 image by amira_a from flickr, via pixhere, cc by 2.0

At first, nothing was said about this. There was just looking in awe at everything, that had always been there but never seen. This was not an awkward silence, as there was no one left to be awkward.

There was much smiling, but not by anyone, or towards anyone or anything in particular, since there was nothing particular to smile at.

No one remarked about how astonishing it was that everything could not have been seen before when it was now so obvious, because there was no one to remark about it, and never had been. Everything had seemingly changed, but it was actually quite ordinary, and nothing had actually changed at all. Just some illusions had disappeared.

The behaviour of the humans did not seem to change at all. As before, the eight humans did what they were conditioned to do, the only things they could have done given the circumstances of the moment, or so it appeared. A careful observer might have detected more (or fewer) far-away looks, less urgency, less anxiety, but the two couples still acted like couples, and the others still acted very much as they seemed to have before, even though there was no longer anyone purporting to inhabit these humans’ bodies.

There was no inclination to start a movement to tell people how awesome it was to see everything, and how tragic it was that, being people, they could never hope to see it. There was no need to do anything. It was just suddenly obvious, but not worth talking about, and besides, there was no one to talk about it, or talk about it with.

None of this happened for a reason. There was nothing special about these particular eight humans, or where they were, or what they were doing, or had been doing in past, when it was realized there was no one. It just happened, apparently. Nothing remarkable at all.

When nothing is real, anything is possible.

3 Responses to What Happened Next, Apparently