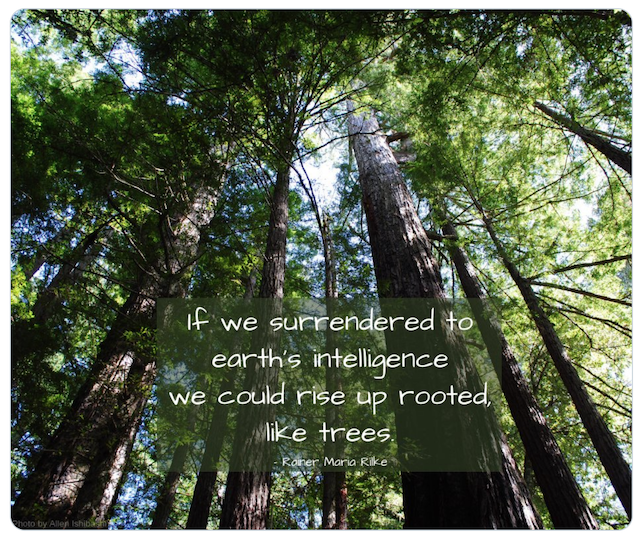 photo by Allen Ishibashi, from Twitter
In this week’s New Yorker, Adam Gopnik muses on the value, appeal and history of aphorisms. He differentiates the aphorism (wise) from its cousin, the epigram (witty). He touches on Twitter, the latest vehicle for brief passages, but doesn’t note that the principal home of the aphorism in social media is Facebook, where stolen words, embedded in a coloured frame with an appropriate image, and frequently unattributed (or misattributed), cannot easily be recopied, and often seem a vicarious plea for the kind of appreciation that the poster could never hope to obtain from his or her own thoughts.

Adam, whose invented phrase “the intercession of a thousand small sanities”, to describe his prescription for coping with a bewildering and out-of-control modern world, is no stranger to an uplifting and enlightening turn of phrase. He suggests that to qualify as an aphorism a brief passage must bring some new insight, perspective, recognition or motivation, and must be unarguably true, even self-evident, but never obvious. It differs from a learning (which requires more support/background/set-up, eg Pollard’s Laws), a mantra (which is debatable), or a maxim (a rule or suggestion on how to conduct oneself — “Trust your instincts.” “Show, don’t tell.”).

Here are a few examples that he provides that I quite like:

Amazing that the chess clock never found a more general application. A more enlightened society would have made it as indispensable to conversation as shoes to walking. (Scottish poet Don Paterson)

Almost everything in the room will survive you. To the room, you are already a ghost. (Don Paterson again)

In the misfortune of even our best friends, there is something that does not displease us. (François Duc de La Rochefoucald)

What I find intriguing about aphorisms is that, while most will agree that a selected passage may qualify by the above definition, the delight each of us gets from our favourite aphorisms is highly personal — there seems little consensus on what the best aphorisms are. Perhaps their resonance is contextual, and hence their pleasure for each of us depends on our personal history. And I’d guess that aphorisms appeal very differently to each of us similarly to the way comedy does. To each their own.

I’ve included many quotations on my blog over the years, some of which qualify as aphorisms. Some of them, I’m sad to say, have at some point been afflicted by the suck fairy, and I’m embarrassed to have once held them up as noble or clever truths. But most of them have legs, and here are a few that I still hold dear:

The job of the media is to make what is important, interesting. (Bill Maher)

Polemic is a lucrative form of entertainment, as the media can employ unpaid and fiercely motivated actors. (Nassim Taleb)

We often refuse to accept an idea merely because the tone of voice in which it is expressed is unsympathetic to us. (Friedrich Nietzsche)

Be patient with all that is unresolved within your heart, and try to love the questions. (Rainer Maria Rilke)

Your silence gives consent. (Plato)
There comes a time when silence is betrayal. In the end we will remember not the words of our enemies, but the silence of our friends. (Martin Luther King)

Every truth is, at first, ridiculed, then violently opposed, and finally accepted as self-evident. (Arthur Schopenhauer)

The truth will set you free. But first, it will piss you off. (Gloria Steinem)

The single biggest problem in communication is the illusion that it has taken place. (Variously cited.)

To be nobody but yourself in a world which is doing its best, night and day, to make you everybody else – means to fight the hardest battle which any human being can fight; and never stop fighting. (EE Cummings)

Perhaps in time the so-called Dark Ages will be thought of as including our own… What is called knowledge of human nature is mostly nothing but the observer’s own weaknesses reflected back from others. (Georg C Lichtenberg, 18th century!)

I think what a lot of fiction is, is the imagining of the worst so as to prepare ourselves. (Paul Bloom)

People will listen when they’re ready to listen and not before. Probably, once upon a time, you weren’t ready to listen to an idea that now seems to you obvious, even urgent. Let people come to it in their own time. Don’t waste time with people who want to argue. They’ll keep you immobilized forever. Look for people who are already open to something new. (Daniel Quinn)

If you are looking for the love of your life, stop. They will be waiting for you when you start doing things you love. (Anonymous)

You can learn a lot about someone by listening to a song that means a lot to them. (Anonymous)

People learn more from stories than from even the most brilliant analytical discourse. (Anonymous)

Rereading these, I realize that some of them are things I want to be true, and which might actually not be so. That’s one of the problems with brevity: Einstein purportedly said, aphoristically, that “a theory should be as simple as possible, but no simpler”. There is something clearly aspirational, more than reflective, in some of these. Of course “small is beautiful” and “less is more”, but perhaps not always, and perhaps with a cost — the risk of oversimplification and wishful thinking.

Most discouragingly, almost all lists of aphorisms (including mine above) contain quotes almost exclusively from men. Is this because brevity, wit and precision of thought are not recognized as positive qualities in women writers and speakers, or because women know better than to trust dangerously simple statements of truth? Or because readers and listeners are unaware or indifferent to women of great insight?

My guess is that the aphorisms in their work will be of a somewhat different style — subtler, more observant, less categorical, more nuanced, more poetic and allegorical. We’ll see.