Too many great links to wait until the end of the quarter to post them all. So here we go with another Links of the Month: 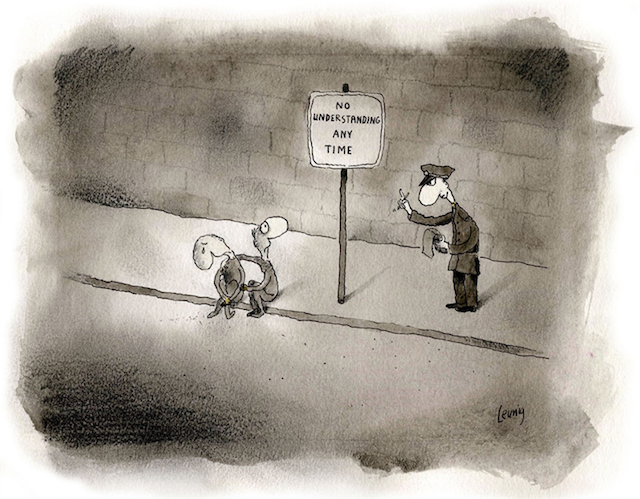 The Unnecessariat: A fascinating ‘future state’ scenario collaboration says that we are moving from a state of ‘precarity’ (everything is now precarious) to one of being ‘unnecessary’ (everything happens without the need of our labour, our votes, our actions, our decisions, or even our money — the ultra-rich have enough to keep computed GDP growing indefinitely). Of course, it’s all still built on faith in the economy’s ability to continue to grow unhampered forever, on the indefinite continuation of a very stable climate, and on our complacency. If we move from ‘reduce, reuse, recycle’ to ‘cease, dismantle, hack’, can we fight back against this “not with a bang, but a whimper” dystopia? (Thanks to John Thackara for the link). 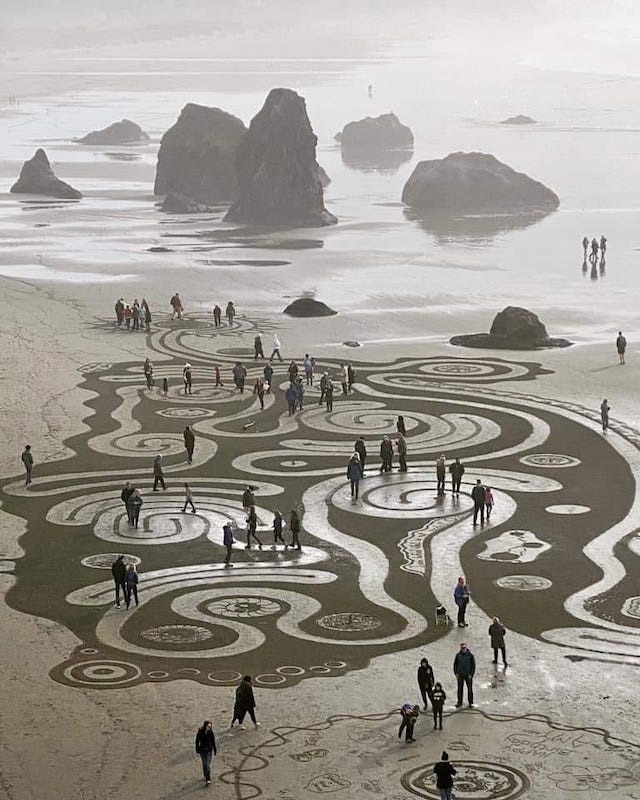 Intentional Community: The Next Generation: Mike Mariani profiles [paywall*]  the current state of Intentional Communities in the US and describes the changes they have gone through over the past few  decades. Thanks to Tree Bressen for the link.

Organized innovation is an illusion: Nina Kollars (who also reveals how you might be the inadvertent ‘mule’ in a ‘triangulation fraud’ when on-line shopping) explains how innovation actually occurs — organically, at the front lines of organizations, unaffected by top-down ‘initiatives’.

Taking all sides: Rosa Zubizarreta explains an approach called Dynamic Facilitation, which entails, instead of strict neutrality on the part of the facilitator, the capacity to intervene as ‘respondent’ when someone offers a criticism of what someone else has said. So instead of the criticism being ‘directed’ at the idea originator, it is instead listened to and responded to by the facilitator, so the idea originator can listen more objectively than might be possible if the criticism was ‘aimed at them’ and taken ‘personally’.

Why are poor countries poor?: Vlog brother John Green explains that it is colonial resource theft and bribes by rich nations, and foreign-financed civil wars that have impoverished and immiserated most poor nations, far more than domestic corruption and disease which just feeds on the dregs rich nations have left behind.

Watch out Ford, he’s coming there next: Terry Christenson, a 72-year-old Métis who has dedicated his life to climate change activism, will be released from his latest jail sentence next month and [paywall*] then heads to Ontario for his next action.

Jordan the “nutty professor”: Another brilliant critique of the misogynist Canadian Prof. Peterson, this time by a Scottish publication. 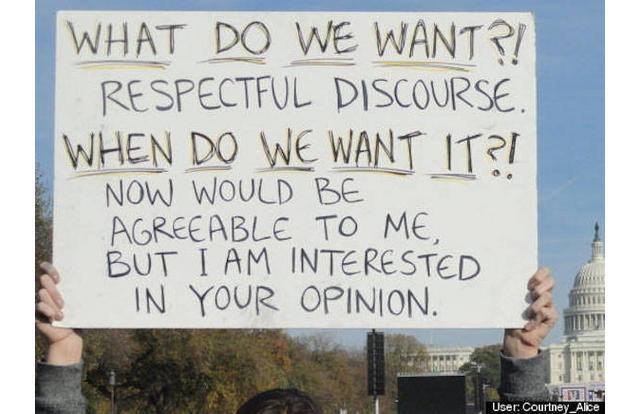 photo from I’m Not Right in the Head Facebook page

George Monbiot on gaming democracy: “The oligarchs have discovered the formula for persuading the poor to vote for the interests of the very rich”. Thanks to Jae Mather for the link.

The pipeline that keeps bleeding: Andrew Nikiforuk explains how the post-Kinder Morgan Trans Mountain Tar Sands pipeline deal was deliberately structured to compensate the corporate sellers at the expense of public taxpayers.

… as the Tar Sands keep gouging and poisoning: Get ready for Frontier — the newest and biggest yet (100 sq. mi., twice the size of Vancouver) bitumen sludge mine in the atrocity that is the Alberta Tar Sands. It’s absolutely game over for 2ºC-of-warming goals if it is approved. Expect it to get approved next month by the hypocritical and gutless Trudeau government.

How Google tries to have it both ways: Did you know Google maps “tailors” the national boundaries it shows you based on your ISP location?

The Ox-Bow Incident, redux: Those familiar with the novel will appreciate the irony in the residents of Oxbow, Saskatchewan seeking to discipline the schoolteacher who held a green-themed Christmas pageant for being “anti-oil”.

A taste for blood: US exports of blood products, mostly “donated” by poor Americans desperate for the small amounts of money they receive for them, now exceed US exports of corn and soybeans in value. Thanks to Ben Collver for the link, and the one that follows.

Fake news vs fiction: “Good, meaningful fiction does not confirm preexisting beliefs; its entire raison d’être is to disturb and challenge such beliefs.” Especially in India, deliberately provocative fake news is now causing an upswell in hate-killings, riots and other crimes. Coming soon to a place near you?

Homeless in Toronto: Four men describe what it’s like when the loss of a job, or your health, lands you, for years, on the street.

Banking while indigenous: An indigenous grandfather and his 12-year-old grand-daughter were publicly handcuffed in front of a Vancouver Bank of Montreal after trying to open an account there. A racist employee had called the police (falsely) claiming a “fraud” had been committed.

What’s ‘extreme’ to you..: US Homeland Security now lists non-violent climate protesters as equivalent ‘terrorist’ risks to mass murderers. Thanks to Ken Ward for the link. (British police apparently agree with DHS.)

Purpose-ly misleading: Hot on the heels of a “purpose-led life”, now we have business gurus and executives talking about “the purpose paradigm” and “purposeful careers”. It’s doublespeak for lauding over-paid, worthless billionaire “leaders” for throwing a few pennies of their obscene, mostly-inherited, unearned and untaxed wealth to philanthropic purpose, instead of dealing with the ghastly inequality of wealth, income and power that sucks any sense of real purpose out of the lives of the 99%. Thanks to Tree Bressen for the link. 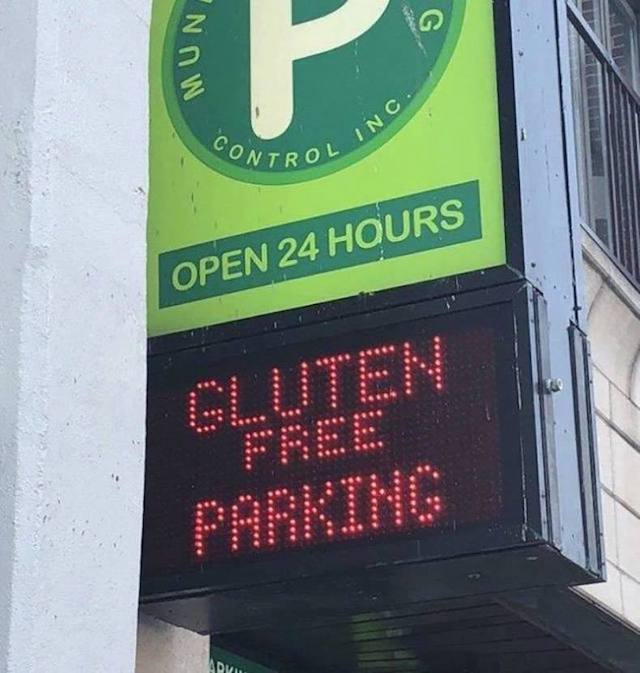 The theft of our autonomy: Jon Barnes explains how our patriarchal and self-domesticating culture (perhaps unintentionally) robs us of the capacity to self-manage and instead imposes dysfunctional hierarchies to make all but the most trivial decisions. Thanks to Tree Bressen for the link.

How to sound like…: Nahre Sol plays a happy-birthday-like motif in the style of ten different classical composers. Brilliant.

Pedalling with rail-bikes: Perhaps the ultimate cycling adventure is pedalling through the redwood forest on a cycle built for rails. Thanks to Beth Patterson for the link.

The Subjective Mood: Adam O’Fallon Price laments the marked shift in modern fiction from third person to first person narrative, and the lack of ‘objectivity’, the imaginative poverty and perhaps the narcissism that shift implies.

Kitbull: A charming and tear-jerking Pixar short, with a happy ending.

Seeing without eyes: Two sea creatures can ‘see’ without using eyes. Optical sensors in octopi’s skin detect changes in brightness and colour of surroundings and prompt changes in skin camouflage. And the brittle-star, a starfish cousin, has no eyes at all, and no brain, but still uses its skin sensors to perceive threats, safe hiding places, and prey.

False positives: There are a number of negative words like disgusted and ineffable that do not have corresponding positives (when the negative prefix is removed). Here’s a round-up of twelve of them.

image from Pixabay by aitoff (CC0)

Letting ‘you’ down gently: I’m working on a new blog article based on Frank McCaughey’s radical non-duality video podcast series called Can I Be Frank? (aka Behind the Curtain). But in the meantime, here are two superb new videos on the subject (transcripts of both to come):

Donald Hoffman’s “conscious agent theory”: While not exactly non-dual, this theory holds that reality isn’t made up of “things” but rather non-physical “conscious agents” that invent a simulation of reality that optimizes survival; this is probably the most comprehensive interview on the subject to date. 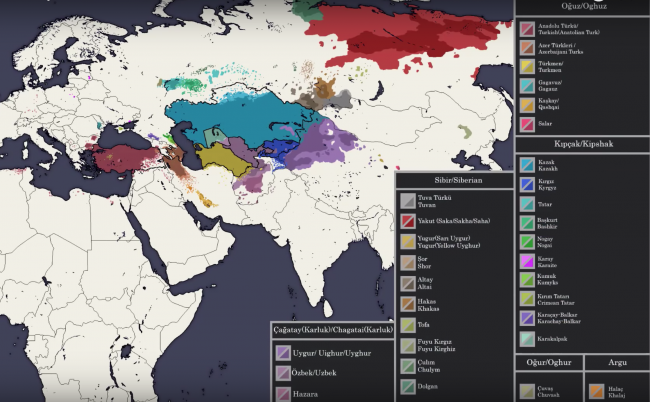 Where did our languages come from? Probably not where you thought. Examples:

The Snow Man, by Wallace Stevens

___
*denotes paywall-blocked and ad-blocker-blocked articles: if you want to bother reading them, you can use text-only “reader” apps with your browser to circumvent the ‘wall’