This is a transcription of the introduction to Jim Newman’s ‘radical non-duality’ meeting in Vienna last month. Its message will never really make ‘sense’ to the individual, but I thought it one of the most articulate statements yet about what is and is not real, beyond the illusion of separation and the self. I think, tentatively (if our modern human society doesn’t completely collapse before this is broadly understood) that this explanation of the true nature of reality will ultimately be appreciated, at least by scientists and philosophers, as the most important discovery in human history, as ‘obvious’ in its own way as the discovery, despite all appearances, of heliocentricity. Thanks to Rita Newman for posting it. The photo is from Rita’s Instagram page. 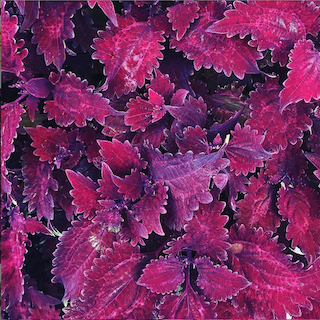 To have a meeting about non-dualism or about the absolute is really absurd, and it’s ridiculous because there’d be no reason to do that. What would the reason be to talk about something that first off can’t be talked about and secondly is already everything?

So the meeting is actually a response to that experience which I was suggesting just a minute ago, that the room is knowable. Or that I’m sitting in the room and I have an experience that is separate from everything else that’s going on. That’s what this meeting is in a sense about.

And the meeting has a very simple message: that experience is an illusion. I’m talking about the experience of a contracted energy in the body that ‘knows’ where and what this is, knows what’s happening. The suggestion is that’s illusory. Illusory in the sense that it’s not happening. That experience has certain claims. It says: “I’m real, I’m in the body, what’s happening is real. I know what it is. This is my life.” That arises out of the sense that what’s happening is knowable and real. But THIS is not knowable or real. The experience of ‘knowable’ or ’real’ is illusory. This appearance is never knowable or real. It’s never solid. It’s never a part of a story that’s attached to an individual. That is illusory.

That experience says “I need to, through my free will and choice, find the meaning and purpose to this apparent happening, this appearance”. That’s an illusion. There is no meaning and purpose, there’s nothing missing. THIS doesn’t need to be completed. It doesn’t need to become whole. It already is, and that includes the experience that it isn’t. That’s wholeness or the absolute appearing as the experience that something needs to happen for this to be okay. This is never okay or not okay. It’s simply the mystery appearing as THIS.