I’ve been listening to some amazing music from country-rock band Little Big Town about what it’s like to be a woman growing up and living in a patriarchy. Two samples (click on the titles for YouTube videos of the songs): 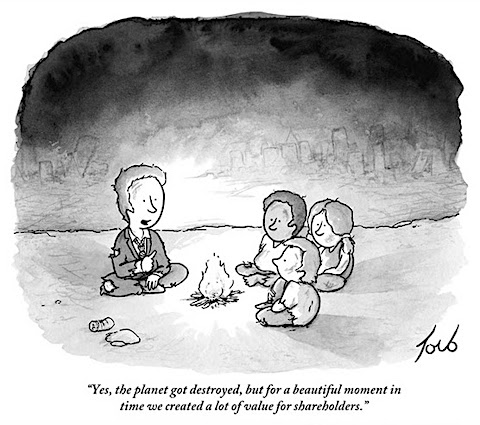 We broke the world: Roy Scranton explains how hard it is to face the fact of extinction, and urges us to “practice saying goodbye”. Excerpt:

Most of us are going to go on about our business within the structural and conceptual constraints of the societies in which we live, even as those societies are threatened with existential collapse, even if we happen to know it… Whether the future holds imminent revolution or, more likely, a decades-long collapse—we must accept the coming catastrophe and all that it means.

The deities that came before the fire: Arnold Shroder, writing in Dark Mountain #15, explains that we are living in the story of the end of the world. We simply cannot process information that is overwhelming, he says, until we actually witness it, in some way, for ourselves. And on his own blog (thanks Paul Heft for the link), Arnold ponders our modern ideological landscape as it relates to collapse denial, and says something pretty close to Pollard’s Third Law:

When asked, or when arguing about politics, most of us claim a rational basis for our positions, but this largely reflects the psychological need to believe our deepest intuitions about the world are valid. What is actually happening is that our innate psychological templates direct us toward an ideological position, and the rational parts of our brain then leap in to do the work of justifying it.

The causes of collapse: Richard Heinberg has been writing his far-reaching and thought-provoking Museletter for decades. In a recent essay he explains the six civilizational trends whose excesses have led to our accelerating ecological collapse and also threaten wholesale economic collapse, and how those trends are now abruptly reversing as civilization becomes unsustainable. In the second part of another essay he weighs in on the dispute between XR (more optimistic) and Deep Adaptation (more pessimistic) and comes down largely on the side of the latter. And in a third essay he speculates on the inherent and intentional beauty of the natural world and whether the “aesthetic decadence” of our human civilized world has starved us of experiences and activities that are essential to a truly meaningful life.

The real Great Reset: The conspiracy theorists have branded the Davos gnomes’ plan for a Great Reset “an elite plan to enslave humanity by creating a global authoritarian surveillance super-state, compete with re-education camps for those who suffer from wrongthink, and Soylent Green-style euthanasia camps for addressing the twin problems of overpopulation and an aging society”. But as Tim Watkins explains, it’s actually just a wild-eyed idealist’s ludicrous proposal for how to tweak the economy to make it sustainable. Completely impossible, but utterly well-intentioned. Sadly, as Tim concludes:

There is no currently available energy mix which allows us to continue to grow the industrial economy in the aftermath of the pandemic; and the attempt to do so risks an even greater humanitarian catastrophe than it aims to prevent. If there is to be a viable reset of any kind, it will be akin to what I have called a “brown new deal” in which we use what remains of the energy available to us to de-grow, de-materialise and re-localise our economies while saving some, at least, of the benefits of our current way of life such as basic healthcare and access to clean drinking water. Unfortunately, as the old adage has it, people would much prefer [Davos’ Klaus Schwab’s] reassuring fantasies to my inconvenient truths. 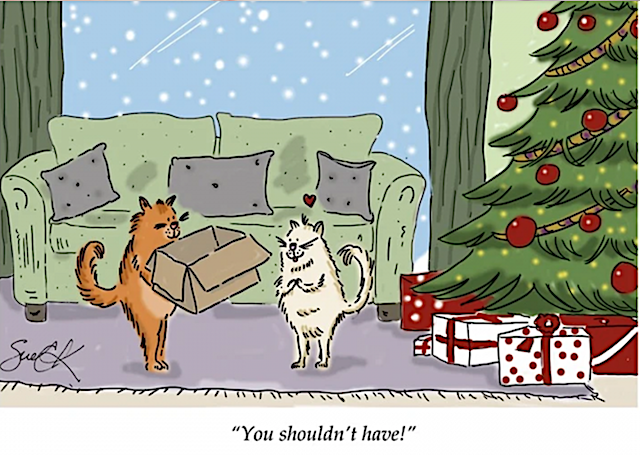 Time for a jubilee: A colleague of the late, great David Graeber calls on Biden to declare a jubilee (across-the-board forgiveness) of all US student debt. Don’t hold your breath, though.

Ibogaine for depression and addiction: Research confirms the medical effectiveness of the hallucinogen ibogaine in treating a variety of psychological disorders. This is the drug Gabor Maté has been advocating in lieu of psilocybin and ayahuasca, and it’s now been manufactured chemically in a form that avoids the serious side effects.

Undam it: If we want fish populations to recover, along with the whole ruined ecosystem they’re part of, one answer is removing the massively destructive and now mostly useless dams we’ve built over the last century. Thanks to Tree Bressen for the link. 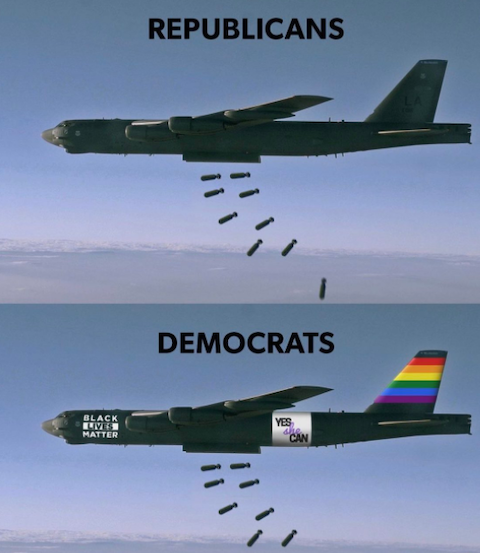 Image circulating on Facebook; artist unknown (thanks to Raffi for the link)

Coup or no coup?: Masha Gessen argues that Trump’s actions since the election bear all the markings of a coup attempt of the type that’s succeeded elsewhere in the world. Zeynep Tüfekçi agrees, but she also presents a contrary viewpoint from Maciej Ceglowski, who argues that the election, despite the theatrics, was actually pretty ordinary, and the real danger is if we ignore the anger and desperation of voters prepared to vote for anyone to bring down the status quo. Meanwhile, Jill Lepore worries that, now that the election has been lost, Trump will burn all the evidence of his years of misdeeds. Could you blame him?

Aussie troops kill dozens of Afghani citizens for kicks: A damning and gut-wrenching report, long delayed by Australian military authorities, finds irrefutable evidence of atrocities by Australia’s Afghan occupation forces. If we think this is the extent of it, or that Aussie troops are particularly bloodthirsty, who are we trying to kid?

Gambling with employees’ lives: Executives of the disgusting mega-factory-farm and animal-slaughter empire Tyson Foods have apparently been placing bets with each other over how many of its employees would die from CoVid-19.

Balancing the extremist US supreme court: Rather than shrugging off outrageous court decisions, Congress, if it had the courage (and the numbers) could simply override the court’s rulings with new legislation, which the courts would be bound to respect. Thanks to Tree Bressen for the link.

US DHS head in office illegally: Chad Wolf, the cretin who suspended DACA, and his deputy, have been found to have been illegally appointed to their posts, and are not even legally eligible to apply for the positions they occupied.

Where’s the leadership Canada needs?: Andrew Nikiforuk brilliantly takes down “leaders” of all three of Canada’s viable political parties, showing them to be as clueless, useless and gutless as Tweedledum and Tweedledee south of the border.

The most important US election was in 2016, and progressives lost: James Kwak fears the question isn’t about if another right-wing autocrat will be elected president, but when. Thanks to John Whiting for the link. Excerpt:

Every election that we take progressives for granted and try to grind out a win by picking up a few more votes from affluent suburbanites—who don’t want higher taxes, don’t want low-income housing in their town, want to keep their employer-provided health insurance, and like the police just fine—is another battle we may or may not win while losing the war for our country’s future.

Trans extremists harass women who dare to call themselves women: Jen Gerson has become the latest target of misogynists who want the term “woman” to be replaced with terms like “uterus-bearing people” or “birthers”, and try to get women who object fired from their jobs.

Blowing the whistle on the CIA: When a DOJ operative complained about illegal CIA-FBI collaborations, he was threatened and sacked. 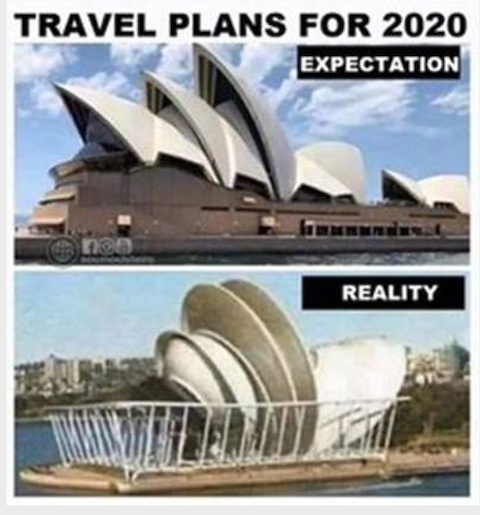 CoVid-19: The half-time show: It’s now looking more than likely that the death toll will close to double between now and the date of effective vaccine inoculation in much of the world. That means another 1.5 million deaths worldwide, another 200k American deaths, and another 20k Canadian deaths. Although the vaccines stand to save 80% of the potential deaths from the disease, these deaths between now and then are drearily preventable. We’re just politically unwilling to take the steps that NZ, Australia, and Taiwan took to prevent them. Just as millions of deaths each year are preventable by a few simple adjustments to our diet and lifestyle that we’re unwilling to mandate (though strangely we seem willing to mandate that other forms of effective suicide are illegal) it seems that these additional disease victims will just be chalked up to “collateral damage” to “save our economy”. Latest updates: 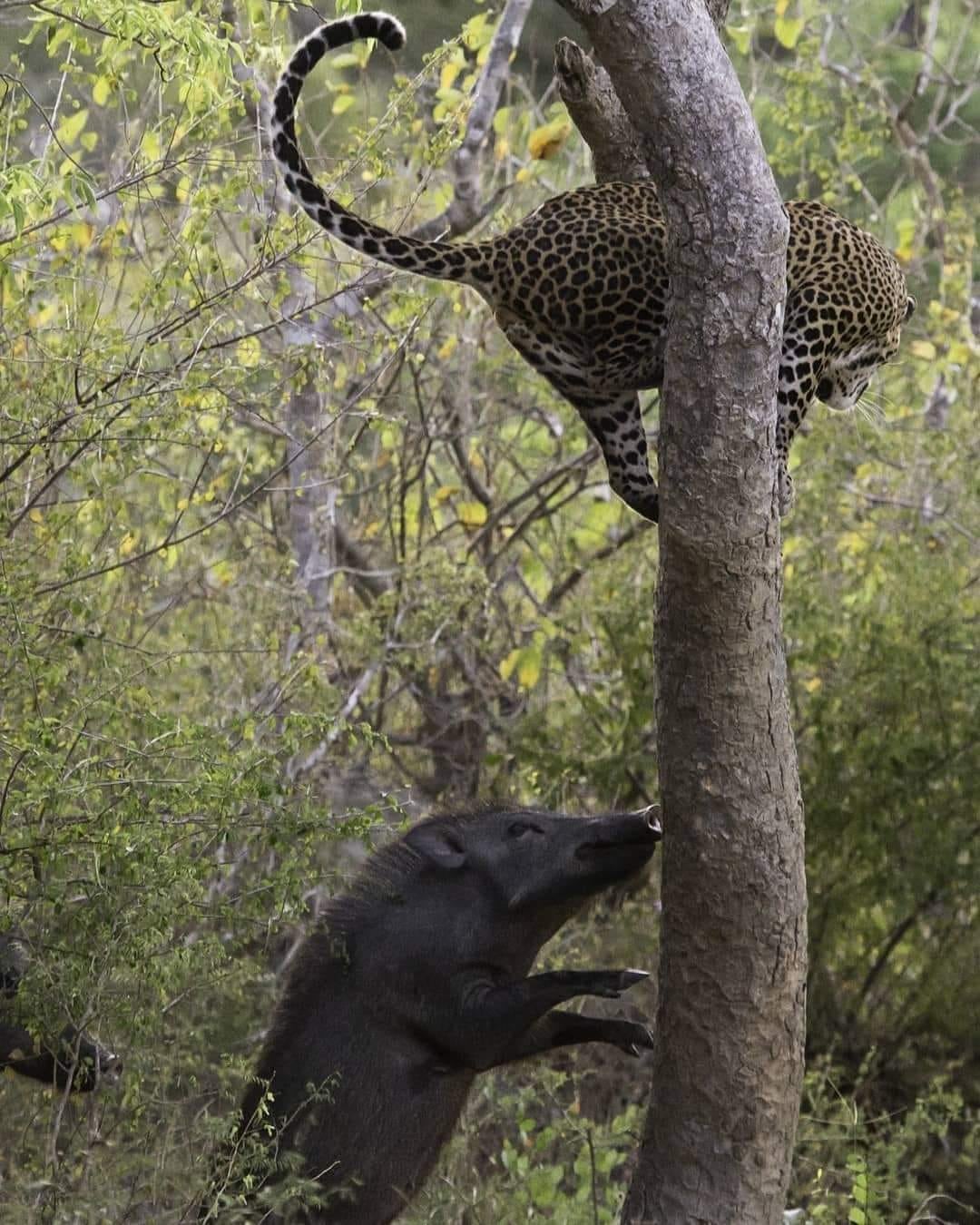 Photo by Indika Nettigama, posted on the Frans de Waal FB page. This is one smart leopard!

A history of the planet: What was earth like 3B years ago?

Some things never change: Restored, colourized version of a short 1906 film. Of course, there is a video-bombing cat who steals the show.

AOC and Jagmeet Singh kill people: Playing the hit video game Among Us (based on the old party game Werewolf), my favourite American and Canadian politicians raise a ton of money to fight poverty and evictions. How it came about.

Russian cyberpunk farm: A bizarre but brilliant video about imagined Russian agricultural AI, with a ton of “inside” jokes in Russian (spoilers in the comment by Const Axe here). Thanks to Raffi for the link.

How’d they get that sound?: The series Song Exploder will tell you all the secrets behind some of your favourite songs.

How they do CoVid-19 in Scotland: Scottish First Minister Nicola Sturgeon sounds a lot like other daily reporters on the virus‘ toll. But voice-over spoofer Janey Godley takes it to a whole ‘nother level. Falling down funny.

Could perovskites revolutionize solar?: No, perovskites are not a Russian radical sect. They’re actually a group of materials found naturally, like silicas, but they can also be made synthetically, printed on a dot-matrix printer, and sprayed on flexible rolls, making them much more versatile than solar panels, and potentially producing twice the energy per square inch. 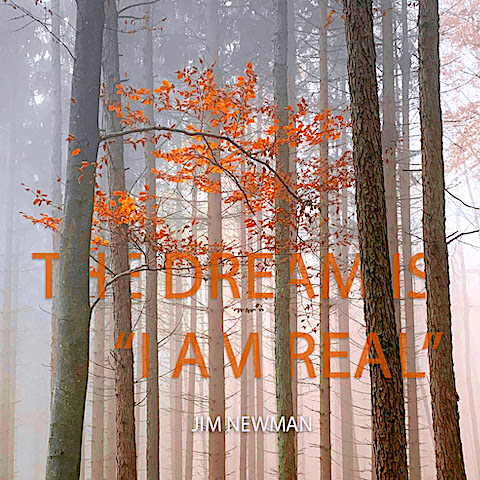 photo and artwork by Rita Newman

A sampling of radical non-duality messengers: The message is the same, but the voices and the wording of how “this” is described vary considerably: 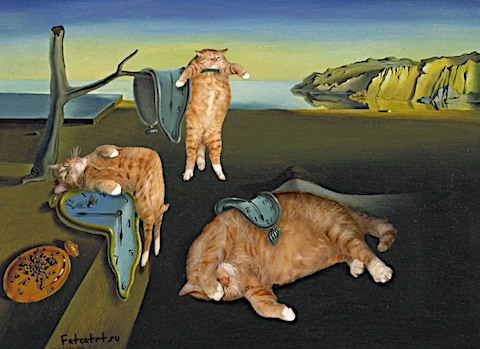 Image from FatCatArt; thanks to Jason Heppenstall for the link. Homage to Dali’s Persistence of Memory, of course. And the background, as we all know, is the landscape of Cat-alonia.

Mock headline of the month, from The Beaverton, Canada’s version of The Onion:

Amber Alert issued for 52-year-old premier:  EDMONTON – Edmonton Police Service have issued an amber alert for Alberta Premier Jason Kenney who is nowhere to be found and may be in danger. The 52-year-old, who has the accountability of a five-year-old, is believed to have been kidnapped or is ducking for political cover during a bad news cycle as Alberta has reported more COVID-19 cases than a province three times its size.

And a repost from 2016 thoughts of the month: from Warsan Shire, “What They Did Yesterday Afternoon”:

they set my aunt’s house on fire
i cried the way women on tv do
folding at the middle
like a five pound note.
i called the boy who used to love me
tried to ‘okay’ my voice
i said hello
he said warsan, what’s wrong, what’s happened?

i’ve been praying,
and these are what my prayers look like;
dear god
i come from two countries
one is thirsty
the other is on fire
both need water.

later that night
i held an atlas in my lap
ran my fingers across the whole world
and whispered
where does it hurt?