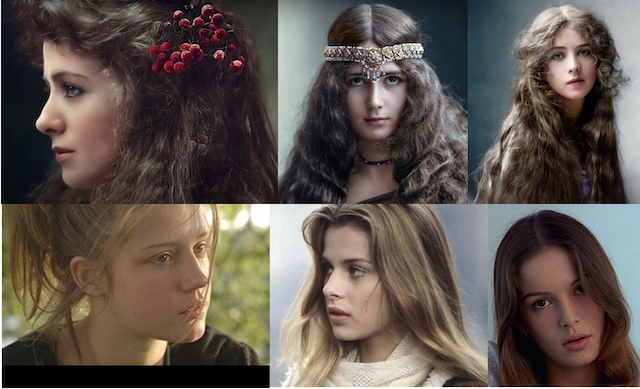 I‘ve often described myself as a hedonist — literally “a lover of pleasure above anything else”. The word beauty has a similar etymology — meaning “pleasing to the senses”. Both words have the sense of something we’re (for whatever reason) drawn to — the word attractive means “pulling towards”, while appealing means “pushing towards”. Somewhat surprising, then, that so many terms — pretty (from the same roots as “pratfall”), stunning, knockout etc — seem to imply that that draw is a little dangerous!

Paul Heft got me thinking about the nature of beauty and aesthetics when he sent me an article about what the author called elegance (that word’s etymology is “carefully chosen” — it’s intrinsically a term of snobbery, of caste preference, and a suggestion that, with practice and acquired taste, we can choose “better” what we find to be beautiful). While I can be awed by expensive architecture designed by ‘masters’, it just isn’t in me to consider that anything can more beautiful than the natural space that was razed to allow humans to construct it. Especially when, without a ton of costly maintenance (etym: “keep from changing”), it will quickly become the opposite of beautiful.

And people are “drawn” to what are to me some truly horrific things: expensive watches, unrestricted power, and absurdly impractical sports cars for example. Is that because they believe their possession of these things somehow makes them more beautiful? And is there such a thing, I wondered, as objective beauty? Is there anyone who doesn’t find a kitten’s purr, the song of a house finch, the warmth of the sun, or the sound of the surf, beautiful?

So I did some reading on the subject of aesthetics, particularly our human neurological responses to stimuli, and I found a very long list of attributes that tend to correlate with us calling something (a person or animal or plant, a work of art or music, a natural sight or sound, an experience, a physical place) “beautiful”:

Any of these attributes can evoke a response that “that is beautiful”. Defining some of them in aesthetic terms is fraught, so I’ll let you provide your own interpretation of what scientists and artists mean by them. Some of them seem almost contradictory, but perhaps not: There is, for example, something in an experience that is both relaxing (opening you) and arousing (focusing you) at the same time, that is beyond what something that evokes just relaxation or just arousal can offer.

As a recent convert to the belief that everything we do is a consequence of our biological and cultural conditioning in the circumstances of the moment, I can appreciate that some things have been considered beautiful only in certain eras or in certain cultures, and not in others, while others seem to transcend time and place (hence the image above). And my sense is that most individuals’ aesthetic sensibilities change more slowly than those of the culture around them.

And while biological vs cultural conditioning is likely one ‘dimension’ of our aesthetic preferences, another is perhaps the four ways in which we ‘relate’ to things: intellectually, emotionally, sensorially, and instinctually. To me, for example, a great poem must (as Eliot insisted) provide both emotional (“transporting”) and intellectual (“fresh understanding”) pleasure. That is perhaps why IMO some of the most beautiful art and music has been crafted either over a period of time during which the artist has been in different states, or by several different artists who bring different and complementary sensibilities to the work.

Yet the attributes above could not easily be ‘tagged’ as being necessarily either biologically or culturally conditioned, or as being primarily intellectual, emotional, sensory or instinctual responses. Our perceptions and conceptions of beauty are more complex than that.

I seem to respond in a certain sympathetic way to major seventh, suspended fourth, and minor ninth chords, no matter how well disguised they are. I cannot stop myself from moving when I hear certain exotic rhythms, while the culturally more-familiar rhythms of most rock/pop music leaves me cold.

And music can move me to tears the way nothing else seems to. I loved Barber’s Adagio for Strings from the very first hearing (and have never seen any of the films featuring it, so there is no context bias to my reaction to it). But while it makes me cry it is not a cry of sadness or grief, but one of a pure appreciation of beauty. I am smiling, astonished as the movement cleverly but quite consistently transports me. To me it is uplifting, inviting, encouraging — not depressing at all.

Looking at one’s appreciation of beauty, and at the things one cannot come to appreciate despite effort and repeated attention (like, for me, opera), requires an examination of one’s prejudices. In the collage above, I just noticed that all the faces are white. What is that about?

And is our perception of beauty really all about attention? Most humans’ relentless need for attention, appreciation and reassurance is understandable in the context of our terrible, anonymous, hypercritical modern culture. And we will never appreciate something (as beautiful or not) unless we first give it our attention, which for most of us these days is in short supply. If we really paid attention to something, really looked at it until we really saw it, would we inevitably find it beautiful? I know some people who seem to see the world that way.

Is the perception (and conception) of beauty unique to the human species? It is clear that other animals have very strong preferences and appreciations, which could simply be their conditioning in the circumstances of the moment. Is our appreciation of beauty anything more complex, any deeper than that?

Perhaps our appreciation of beauty is just a value judgement, a conditioned response that falls out automatically from our incessant effort to make sense of the world and everything in it.

The over-worn cliché says that beauty is in the eye of the beholder. So what if, as radical non-duality claims, that nothing makes sense, that everything is just an appearance, for no reason — that there is no beholder? If this were seen, would beauty then be seen in everything, “equally”, or would it be seen in nothing? Would it cease to have any sense, any meaning at all? Would that be liberating, or disappointing?

My sense is that it might be both. It might be seen that everything is equally wondrous, and so, in a way, equally beautiful. Humans are the only creatures that strive to ‘have’ beautiful things and to make themselves appear more beautiful. Giving up that striving would likely be an immense relief. Would there still be crying when Adagio for Strings came around on my playlist? Perhaps not.

We foolish, deluded, obsessive humans, it seems, have nothing, and everything, to lose. Especially the insane and endlessly-reinforced belief that nothing, including ourselves, can ever be quite beautiful enough.

But oh, sweet perfect impossible beauty, it would be so hard to let you go.