The Illusion of Communication 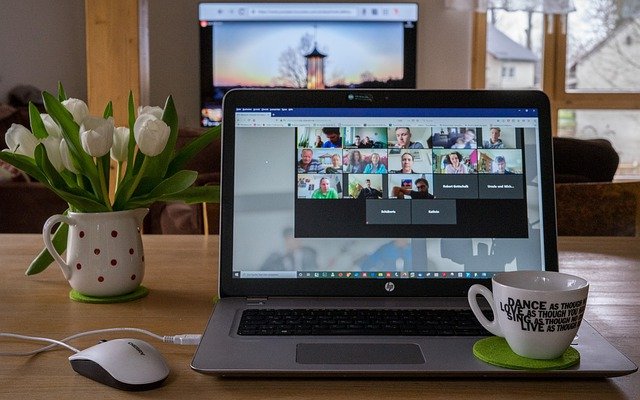 “The great enemy of communication is the illusion of it”, William Whyte (not GB Shaw) famously said. The functioning (and dysfunction) of our whole society rests on the myth that what the speaker says and what the listener hears are at least close to the same thing — that communication and understanding have been conveyed.

The cognitive linguist George Lakoff describes how our language and our conditioning, from very early in our lives, form our beliefs, hopes and expectations (collectively, our worldviews), and that the way we think is primarily though frames and metaphors (we learn metaphorical thinking at age two). Our worldviews in turn directly affect what we do and don’t do.

“The theory that communication is embedding thoughts and ideas into language and then transmitting them to another who then assimilates the same thoughts and ideas, simply doesn’t work”, George says. Only if the sender and receiver share worldviews, frames and metaphors will there be understanding, and without understanding there is no communication. And what is not understood — which is everything that doesn’t fit the listener’s worldview and ways of thinking — will simply not be heard.

We are also, George asserts, incapable of learning about anything we don’t care about, since we will not even be trying to understand.

This is our nature, and we’ve evolved this way for many good reasons. We have to filter out much of the firehose of information directed at us, to avoid overload and overwhelm, and whether we care about the issue tends to be an excellent filter. And essential communication for most species is direct and unambiguous, and reinforced in multi-sensory ways to ensure understanding (picture a mother bird scolding and warding off a predator, or a couple of wild creatures in a mating ritual). There is no need to use  metaphor (although there is evidence, in bees relating a pollen source for example, that they use movements of their whole bodies as metaphor). And there are not a lot of different frames in which their vocalizations and other communications can be taken.

By contrast, our human languages have had to adopt abstraction and metaphor and navigate different frames because of the vast complexity and specificity of messages our complex civilized cultures need and want to convey.

During my last year working in a corporate environment, I tried, as an experiment, to capture how much understanding and true communication was actually happening in meetings and conferences. I would take notes during the inevitable Powerpoint presentations, and then afterwards ask a cross-section of attendees what they thought was the most important message communicated during the presentation.

Even when the most important points had been stressed at least three different times, what I found was that fewer than one person in ten answered “correctly” (ie what the presenter expected them to answer). Much of the “error” rate was due to inattention (they just didn’t — couldn’t — care about the subject). Even more was due to the fact that each attendee picked up on what they thought was the most important thing, through their worldview lens, which was rarely in accordance with the speaker’s.

When I spoke to presenters afterwards they simply didn’t believe me, and in some cases they were angry with me. Their worldview included beliefs that theirs was a respectful, successful, diligent organization, that attendees would be paying attention and shared their sense of priority and their means of making sense of things, and that the “say it three times to make sure the audience hears it” actually works. They were wrong on all counts.

The pandemic, with its many Zoom recordings and videos, has given me the chance to focus my attention not just on what the presenter is saying, but on how the questions and discussions — the whole back-and-forth — demonstrates how impossibly hard conveying and receiving a clear understanding is, and how the “selective listening” (from very different worldviews, frames and metaphorical ways of thinking) of each participant almost completely precludes any real communication. And, observing myself participating in such events, I realize I’m no better than anyone else at communicating and understanding.

This is actually quite excruciating to observe, and now I’m finding it harder and harder to just ignore the obvious, huge disconnect between what’s being said and what’s apparently being heard by all the participants in discussions. It’s perhaps like bad kerning — once you’ve learned to notice it you can’t not see it anymore.

The Q&A in many Zoom discussions is an interesting case study in this. You can see the questioner doing one of several things:

The presenter, if they’re skilled, then has to shift gears to respond in a way that will not have the rest of the audience scattering for the exits (or muting and hiding their video on Zoom so no one can see they’re no longer paying attention — and don’t tell me you’ve never done this). Best strategies for the above four situations seem to be:

“Roundtable” discussions, without a presenter, work pretty much the same way: Substitute “speaker” for “presenter” and “listener” for “attendee” in the examples above (acknowledging that in such discussions we play both roles), and the same dysfunctional process seems to apply.

It’s useful, if you can manage it and are courageous, to watch the facial and body language of others when you are speaking, either as presenter or questioner/discussant. It’s surprisingly easy to see who cares about what you’re saying, and to read the rare, sad, lovely signs of concurrence (usually meaning you’re helping them confirm their existing worldview, meaning they already understood and agreed with you, which is, I guess, better than nothing).

The signs of disagreement are harder to read: It’s hard to differentiate body language saying “that’s crap” from that saying “what the hell are they on about?” or even “how can I politely get out of here?” If you’re seeing these signs of torment from several different people, probably best to wind up quickly and let someone else talk.

As agonizing as this awareness of non-communication and non-understanding is, it has been a useful, and humbling, learning experience. It’s one thing to realize we’re all alone, and even to realize that the people we think we know are actually unfathomable to us, and that who we think they are is just a projection of who we imagine or want them to be. It’s yet another thing to realize that all our attempts at communication, at least those trying to convey anything profound with words, depend entirely on the congruence of worldviews and the readiness of the listener to appreciate what has been communicated.

I think music and poetry and the arts have something to teach us here: What they convey, versus what the author(s) intended to convey, is really not that important — what counts is that some manner of emotional and intellectual pleasure is appreciated by the listener or viewer. We cannot predict just what that will be, or what manner of communication or understanding was received. It has to be enough that the listener or viewer believes something (pleasurable, or inspiring, or insightful) has been communicated or understood. The rest, as Eliot said, is not our business.

If you accept that we’re all products of our biological and cultural conditioning, responding the only way we can given the circumstances of the moment, this might seem to suggest that all serious attempts to communicate with and to understand others are doomed to failure. Beyond the transmission of factual information, can we ever really win anyone over, change someone’s mind, provide some idea or insight that transforms someone’s understanding and hence affects their worldview and subsequent behaviours?

My sense is that we can, if we’re reasonably competent at articulating it (or, if we’re dishonest, cleverly manipulative), and if the listener is ready to hear and internalize it.

I wrote recently about all the things I used to believe that I no longer believe, and over the past decade my worldview has changed repeatedly and quite dramatically. The incidents and messages that wrought those changes came at a time when the weight of my conditioning to date had opened me to such a change. Some old beliefs had been shaken. Some new ideas and possibilities were rattling around in my brain. I had become aware of new frames and metaphors for thinking about things. In short, I was starting to “make sense” of things in a somewhat different way, and the incident or message came at just the right time to infiltrate and work itself into my evolving worldview, which, at least in my case, is always tentative, always being challenged.

In many cases the change required several books or presentations or discussions, repeating the message with reasonable articulation until the point finally permeated my thick skull and the well-protected worldview of beliefs, hopes and expectations contained in it.

Some people, I think, will always be more open than others. I think most people get less ready to shift their worldview, frames and metaphors as they get older, though that doesn’t seem to be true for me or those closest to me.

So, best, I think, to be an artist, to use the wiles of song and paint and poetry (full of metaphor and reframing) to slip into the spaces where the listener’s or viewer’s worldview is not locked tight, and to accept that, while your work may transport and even transform them, that will happen in ways you cannot control or even imagine.

And if you are not an artist, and disposed to muddle with the messy imprecision of words, you can only try to throw as many interesting, provocative, imaginative, ideas, possibilities, insights, connections, confirmations, refutations, imaginings, challenges, and stories at your poor, unsuspecting audience (hopefully articulately and fairly and not manipulatively), and see what sticks, what their lifelong conditioning has made them, just now, ready to hear, to entertain, and to admit.

When it comes to communication, that’s the best we can do, or hope for.

5 Responses to The Illusion of Communication