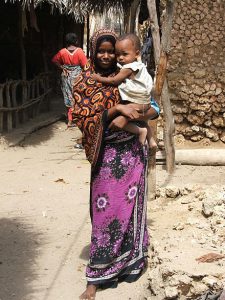 Of all the aspects of human culture, the one I think I know the least about is our propensity for wearing particular clothes. I can appreciate that when we left our natural habitat a million years ago, we needed some clothing to protect us from the elements. But most human clothing seems designed to show status, to attract (or occasionally, discourage) attention, to show conformity or membership, to cover up perceived defects in our appearance, or just to make a statement. In that sense, many clothes seem functionally more like tattoos or hairstyles than body-coverings.

Although I enjoy (non-formal, non-restrictive) costume events, I confess to having little appreciation for (or understanding of) the rules of attire (etym: “to add order”), the proper selection of garments (etym: “things that add order”), or how to dress appropriately (etym: “to put in order” — notice a trend here?) The etymology of the word wardrobe is even stranger: It means “a place to secrete stolen items”! No wonder so few seem to understand the rules of modern fashion beyond those presuming to make them.

The business of making clothes has spawned an entire lexicon of terms to describe the various products, many of them now as obscure as the items they describe. And the terms vary depending on where you live, and sometimes even on how they are made.

So here’s a little quiz of sixty terms that describe clothing. See how many of them you know. (I correctly understood only 16 of them.)

Traditional clothing styles mostly seem to make sense in the climate and culture in which they have arisen, though I confess I find some items women are required to wear in some cultures unsettling.

I can’t say I see the same evolved logic in modern western/northern clothing styles, which mostly make no sense to me whatsoever — they seem mostly arbitrary, aesthetically displeasing, uncomfortable, exploitative, cumbersome, and even ridiculous. Like business suits, ties and hose, and the white lab coats still worn by many doctors, these obligatory clothing requirements seem more an anachronistic form of cultural tyranny than an accommodation to the needs and demands of the modern world.

But, I’ve been told more than once, that’s probably because I just don’t understand the rules.