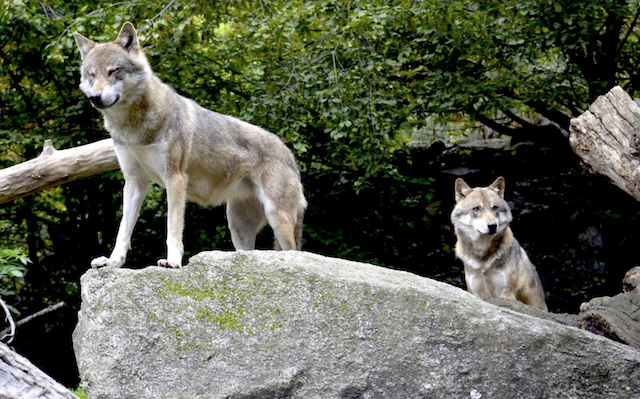 I promise, this isn’t a pop psychology post. I won’t try to tell you that love is when you need what you want and want what you need. Blargh!

In a healthy world, there are no ‘needs’. Maslow’s infamous hierarchy only arose to explain what we seek most urgently in a world of perverse self-manufactured scarcity. In the natural world, there is almost always abundance. Until we occupied and destroyed most of the world’s ecosystems, most of life for most creatures was easy — all life on earth evolved to thrive. Creatures that live in comfort and joy procreate, and those that live in distress and misery do not.

Or at least, that was the case up until the human invention of ‘selves’ — producing a species that lives not in the ‘now’ but in a fictitious world of the past and future, a world where suffering is seen as virtuous instead of as invitation to remove yourself from the gene pool. A world where fault-finding and dissatisfaction and hope and blame and disconnection prevail over acceptance and over just being an inextricable part of all life on the planet.

We are not meant to live this way. But, sadly, that is how we have evolved.

Until we abandoned the habitats that our bodies and capacities developed to thrive in, we mostly ‘needed’ nothing. We didn’t ‘need’ food and water any more than we ‘need’ air — we took it for granted and found it easily close at hand. We didn’t ‘need’ human companionship; we wanted it. Like many creatures, we take joy in interaction with others of our (and other) species. We evolved to become social creatures that thrived in community, because that was what we wanted. Had we not wanted that, we would have evolved (like some other primates) as solitary species. The fact that we can no longer thrive without depending on others of our species doesn’t mean we never could — such a claim is putting the cart before the horse.

In the natural, undamaged world that prevailed for most of our species’ brief time on earth, I would argue, we therefore needed nothing. What did we want? If you believe the arguments in The Dawn of Everything, what we wanted most of all was freedom. Even in prehistoric times, we wanted freedom from oppression — freedom to move, to disobey, to explore and to imagine and to practice different ways of living. I suspect that if we were magically able to speak with other creatures in their own ‘language’, we would find most of them instinctively want, more than anything else, these same basic freedoms.

Those freedoms have been lost as a result of our staggering dependence on our now-ruinous and now-global civilization, in all its ghastly and immiserating  interconnectedness, “efficiency”, homogeneity and complexity.

It is not surprising that this dependence fills us with hopelessness and shame. We know we’re fucked, but what we have created seems utterly beyond our control, and utterly beyond ‘fixing’. The resulting shame has many different flavours:

So now, instead of living in a world of abundance, ‘needing’ nothing, we live in a world of created scarcity and precarity, driven by, and often undone by, our endless, humiliating needs:

It’s therefore not surprising that the expressions of helpless and shame-driven rage we see everywhere today, are manifested as demands for ‘freedom’. If we are not going to be endlessly wracked by shame and guilt turned inwards and blamed on ourselves, our only way to save face is to blame others, and ‘the system’, and demand ‘freedom’ from them.

We don’t know what we want. The nostalgic, misinformed and uneducated among us largely believe that the answer to many of our problems lies in dismantling governments and public services that were established largely to deal with the burgeoning needs of an utterly unsustainable population of, now, 7.8B people. These sclerotic, underfunded, overly-centralized, unsustainable and exhausted systems are now part of the problem, but dismantling them is not the solution. The problem is that there is no solution, but the majority of the population, full of rage and shame, cannot countenance that fact. In the simplistic human mind, someone has to be to blame, and getting rid of them is the first step to solving the problems.

And of course we want to be less needy. We don’t like being dependent. Being in a community of people is fine when it is our choice, but not when it is not. We don’t want to accept that we ‘need’ others, mostly people we don’t know and hence are hesitant to trust, to give us jobs, to teach us, to protect and heal us, to feed and clothe and house us, and to look after us when we can no longer look after ourselves.

It galls us that wild creatures, without the ‘benefit’ of technologies and language and other trappings of civilization, need nothing, while our needs are legion.

And then we come to love. I used to believe that the solution to our neediness was to transition ‘needs’ to ‘wants’, and ‘wants’ to ‘loves’, the idea being that wants entail less craving than needs, and loves entail less craving than wants, so you become more emotionally mature and less self-shackled and dependent as you transition. But this no longer makes sense to me: We have no choice over who or what we need, want, or love.

Some of my radical non-duality colleagues stress that when you talk about love you need to distinguish ‘personal’ love, which is inevitably and endlessly conditional (mostly upon whether it meets your needs and wants, or not), from ‘unconditional’ love, which entails a complete acceptance and appreciation of everything exactly as it is. It’s a nice distinction, but just as no modern human can eliminate all their needs, or select what they do or do not want, we cannot fathom what unconditional love is about either: We are stuck in Plato’s cave, and can only perceive its shadow.

But I get a glimpse of it, sometimes, when I see crows soaring outside my window, riding the updrafts between the high-rises, chasing each other around the buildings for the simple fun of it. Or when I see a group of dogs that have dug a tunnel in the side of a hill and are resting inside it, panting, as if to say “Look what we did! We made a lair!” Their love is about the simple joy of being alive and free and accepting that life is awesome. We can perhaps imagine it, but we can’t know it.

So that, I think, is the human predicament. Maybe that’s the inevitable price of having evolved a ‘self’ and a sense of separation, what we arrogantly call “a conscious mind”. Or maybe, once this tragic civilization has ceased, the survivors might find that wild creatures, and likely our ancient prehistoric forebears, had it right all along, and maybe they will live, again, without needs, with minimal and simple wants, and live and love unconditionally, without shame. The romantic in me hopes so.