Warning: Some of the descriptions in this post may be triggering to some readers. 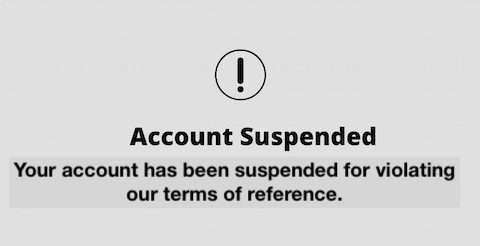 one answer to hateful online posts, that has so far, in most cases, worked colossally badly

The spreading of hate is responsible for creating a huge amount of distrust and social conflict, a lot of suffering, and not a few wars. Until recently, regulating this entailed monitoring and policing public spaces and mass media. But now, with social media giving anyone and everyone a megaphone for spreading hate, and providing spaces and organizing tools for hate groups to echo and coordinate with each other, it has quickly become an unmanageable problem. If the US does indeed descend into fascism and/or civil war this decade, hate-mongering online will have been one of its key enablers.

A quick recap on the current state of regulation:

A huge challenge in ‘drawing the line’ on what is and is not hate-speech, hate-mongering or hate crime, is the issue of whether/when there is “genuine belief in the truth” of something that others deem to be hate speech or a hate crime. War propaganda, for example, is specifically designed to use disinformation to engender such “genuine belief” in order to recruit allies and detract from criticism. Censorship can have the same effect: Blocking access to information and alternative perspectives can lead to “genuine belief” that something that is actually hate speech or a hate crime is just a “righteous” response to an absolutely-clear situation.

Hate speech, hate-mongering, and hate crimes do not necessarily rely on misinformation (unintentionally misleading information), disinformation (intentionally deceptive information), propaganda (information intended to provoke or incite a specific angry or hate-driven response or action), or censorship (deliberate selective blocking of information). You can incite hatred and violence, for example, by simply using derogatory and otherwise hate-charged words, without including any ‘information’ at all.

So dealing effectively with these four information abuses may help mitigate hate speech, hate-mongering, and hate crimes, but in some situations it will not, or will not be enough.

And of course it is even harder to regulate censorship, especially when it is unconscious, self-imposed, or subtle (like simply not inviting Noam Chomsky or Chris Hedges to provide their views in any mainstream media publications, versus actually blocking and taking down their writing, as Google has done with Chris).

What sits behind hatred is, I think, a volatile mix of emotions. It could be argued that anger is intuitive, situational and autonomic, while hatred is conditioned over time. Mis- and disinformation, propaganda, censorship, and direct (‘information-free’) hate speech can provoke both anger and hatred. And fear can underlie both.

So what can, and should, be done about it? Let’s consider seven examples that cut across the spectrum of hate speech, hate-mongering and hate crimes:

One of the problems is that everyone now has an online megaphone loud enough to make their rage or anger contagious, even viral. (And their audience may have an arsenal of machine guns to boot.)

These behaviours are ultimately about power, and its abuse. And as has often been said, people, especially fearful people, almost never give up their power voluntarily.

Should any of the above hate speech, hate-mongering, or hate crimes be tolerated in a healthy society? Of course not.

What then should be done to prohibit them? I haven’t the faintest idea. And none of the ideas fervently proposed and tried thus far has worked well.

This is what complex, intractable, ‘wicked’ problems are about. They defy solution. In some cases attempting to solve them actually makes them worse.

The horrific war and genocide in Rwanda in 1994 was driven and enabled largely by an intense program of radio hate propaganda.

As John Gray wrote in his work on collapse, Straw Dogs:

Almost all of the existential risks I identified in my recent article stem largely from (often inadvertent) misuse of technologies. Such technologies will continue to be, invented, and we cannot ‘un-invent’ them. And once invented, it is nearly impossible to prevent them being used, when they can be, to promote things like hate speech, hate-mongering, and hate crimes. Trump’s xenophobic ‘wall’, uncompleted but un-demolished, stands as a reminder and symbol of what this can lead to, and xenophobic hate now reaches so deep in the US that fewer than half of Americans oppose its completion.

So, the hate, and the hate speech, hate-mongering and hate crime mounts, and deepens, and all attempts to regulate it have, at best, curtailed some of the most egregious excesses, and mostly have failed miserably.

I question whether, as with so many of the complex, intractable problems we face today (like poverty and gross inequality, economic and climate collapse, chronic illness and pandemic mitigation, and the threat of war), there is any real solution to the problem of hate speech, hate-mongering and hate crimes, short of dealing effectively with the underlying problems that give rise to hate in the first place. And those underlying problems are likewise mostly complex and intractable.

If we can’t get at the underlying causes of hate, then we need to grapple with a host of challenges to try to mitigate and control it. This raises a bunch of other questions:

I have no answers to these questions, if there even are answers. In our modern world of exploding precarity, distrust, and confusion, our global culture seems increasingly entrenched in fear. And fear will almost always seek expression in anger and in hatred.

I continue to believe we’ve all done the best we could. Hate may not be a natural emotion, but once it’s provoked it takes a long time to heal. And sadly, we don’t have a lot of time.

For a deeper dive into some of these issues, here’s a great article from a criminology perspective, reviewing Canada’s latest proposed hate-speech law.