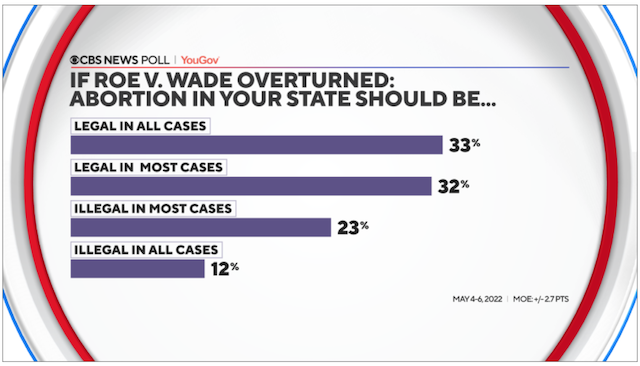 The other day someone asked me how I can reconcile my views that we have no free will with my argument that the US is sliding, not-so-slowly, into being a fascist state.

My tentative answer is that the way the political systems in the US were established, and the way those with political power have subsequently evolved their economic systems, made an eventual slide into fascism inevitable, even though it will not be supported by anywhere near a majority of Americans.

The US political system is not democratic. It allows and encourages gerrymandering of House district boundaries that enables the party in power to remain in power even when the vast majority of voters don’t want it to do so. It has a two-senators per state system that guarantees rural voters in largely-rural states a majority in the Senate, even with a small fraction of the total votes. Its electoral ‘college’ system has repeatedly produced presidents who didn’t even get close to having the largest number of votes of the candidates. The Supreme Court is packed with nominees-for-life selected by those very presidents who did not get the largest number of votes. It’s a system designed for failure.

An alien looking at the system would have to think they were watching some kind of corrupt satire — a country with no choice, no capacity for even the most desperately-needed changes, no resilience to external changes, and a choice of doddering Tweedledum or Tweedledee buffoons who blather on incoherently about plans they cannot enact and lies told to them by the advisors who try, mostly incompetently, to pull their strings.

This is a country that is one of only three countries in the world not using the metric system, unable to move forward from the old system its British imperial masters imposed on them.

Into this ludicrous system waltz the corporations, the moneyed interests that shift back and forth over time between the industrial producer class and the financial rentier class. They exploit the political system with one end — to disempower and weaken it so that they are free to do what they please, which mostly entails gobbling up all the resources, land, assets and wealth they can get their hands on, to the impoverishment of everyone else, and the environment. This is child’s-play in a sclerotic system.

So we end up with both a political and an economic/financial system that is dysfunctional, and as incapable of being fixed as a centenarian’s arthritic fist is of opening a jam jar. It doesn’t matter who you elect. It doesn’t matter what most people want. The system cannot change. It is utterly constrained by its hopelessly faulty design, its evolved and entrenched dysfunction, and its unmanageable and entropic scale.

If you want to see this on a smaller, more imaginable scale, look at the public education system, or the health care system (and not just in the US). These systems are full of people doing their best, and ‘users’ who really want them to succeed, yet they, too, are utterly sclerotic and dysfunctional in the vast majority of countries of the world.

When everyone is doing their best and the failures just get more and more ghastly, you know the system is un-reformable and headed for near-term collapse. Earlier this year the US Senate unanimously agreed to move the entire country to year-round Daylight Saving Time in 2023. Yet odds-makers are saying it’s quite possible it will never happen. There are a few opponents determined to scuttle the agreement, as they did in 1973. They are already mobilizing. The system simply cannot change.

The slide into fascism is not what the majority want. What the majority want does not matter. Those determined to turn the clock back to the days when only what rich white males say matters, are finding it dead easy to do so, on many fronts. As hard as changes are to bring about in sclerotic systems, previous changes are easy to undo. You just reverse, cancel, or nullify laws, rights and regulations, or simply order that they not be upheld or enforced.

The Christian-White-patriarchal-fascist minority theocracy that is emerging in the US is not coming about because more and more people want it. It is emerging because weaknesses in the sclerotic political system are easy to exploit by this minority, who have used weaknesses in the equally sclerotic economic and financial system to lock up most of the country’s wealth, which they then used to spread their fear-baiting, anti-government, anti-regulation ‘gospel’ to a populace utterly frustrated by the sclerotic systems that simply don’t serve them, and seem out of control.

The paradox we’re witnessing, however, is not a pro- “law and order” shift. It is a pro- “the old laws and old order” (a nostalgia by conservatives for a time that never was) and an equally fierce anti- “the new laws and new order” ressentiment. It’s another sign of systems in the burgeoning stages of collapse.

When the fascist minority takes power in the US, probably in 2024, it will be hugely unpopular, and will have to use the militarized police and intelligence services to control the population, as it did during the Trump abomination and the previous trial runs under Nixon and Cheney-Bush. And because of the sclerosis of the systems that will have allowed the minority to take power, and the vulnerability of the population to propaganda from the tightly-controlled media, they will be extremely difficult to dislodge. It’s hard to see this not leading to one (or more) of three outcomes: (1) civil war, (2) breakup of the country, or (3) political collapse brought on by global economic collapse.

No one is to blame for this. We are all doing our best, even the bewildered, fearful fascists who have already taken power in many of the red states. We have no choice or free will in any of this. The systems that have engendered this cannot be fixed, reformed or replaced; they are irreparably broken. The best we can hope for is collapse before the violence breaks out in full force. At least then we’ll be too preoccupied with surviving and making do for ourselves and those we care about, to care about ideological politics, old or new.