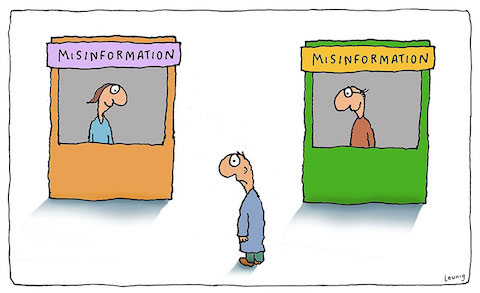 cartoon by Michael Leunig from his fans’ FB page

No further comment. This is where we are, now. Turn it off, if you can, and go outside and play. 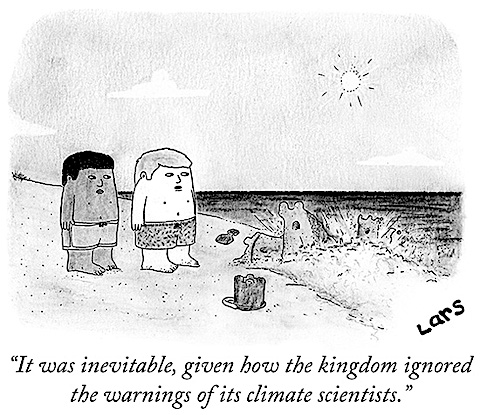 Sri Lanka: This is what collapse looks like: Economic collapse has quickly led to political collapse in the until-recently-stable nation of Sri Lanka. This is likely a foretaste of what we’re all going to face in the coming years and decades. Indrajit Samarajiva, in the process of trying to evacuate himself and his family, tells the terrifying story from the streets of Colombo, day by day (you may have to register for full access or to get daily emails, but you do not need a paid membership to read these articles):

How Charles Koch purchased the Supreme Court EPA decision: The disastrous stripping of power from the EPA, the most important US organization in the fight against global climate collapse, was a long, deliberate strategy of Big Oil. 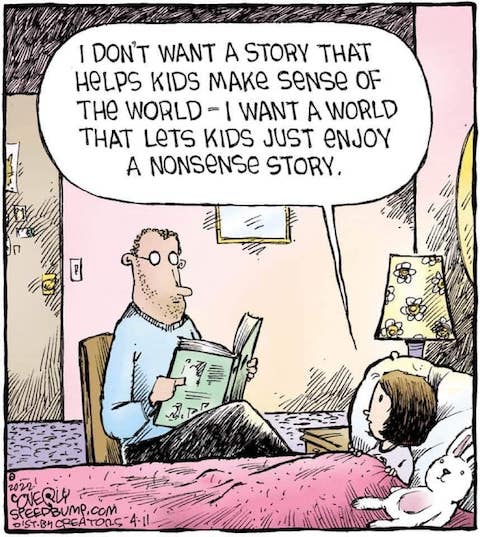 The mirror in the abyss: Rhyd Wildermuth relates his personal story of self-sabotage and how our politics can become our coping mechanism, and explores more about ressentiment, “trying to compensate or cope for a feeling of injustice by convincing ourselves that suffering is sacred and morally good”.

The US west coast commitment to reproductive freedom: The three governors vow to resist and provide refuge for women victimized by the recent fascist Supreme Court ruling. Thanks to PS Pirro for the link.

A culture of caring: Indrajit Samarajiva suggests that we should build our societies on the basis that all babies and children deserve a life free from trauma, scarcity, illness and indifference. What a difference that could make. Indi also expounds on how a society that supports children naturally becomes one that supports community.

Russia shows the way to food self-sufficiency: As a matter of necessity, Russia’s family food gardens now produce the majority of its agricultural production, and are the largest ‘industry’ in the country. In the west, we have lawns instead. Thanks to John Whiting for the link. 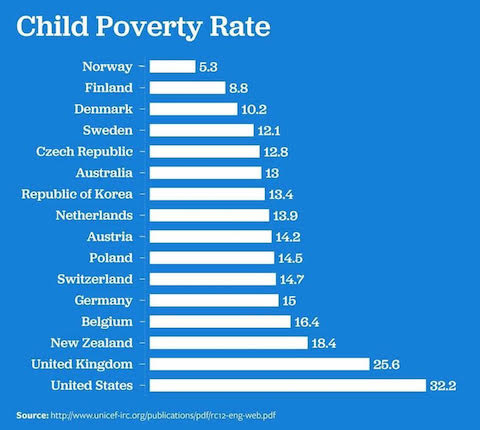 What kind of country allows this? graphic by UNICEF; thanks to John Whiting for the link

How our economic system really works: A candid and refreshing interview with Michael Hudson summarizing how our current economic system has evolved and what it would take to rectify its dysfunction. The way our western economies have been converted from industrial producer economies (that produce at least some things of value) to financial rentier economies (that merely collect rents on assets owned by the 1%, and produce nothing of value) is essential to understanding why we are on the verge of global economic collapse. It’s long, and well worth reading. In a separate interview, he explains how the US Fed is trying to slash working class wages to fend off inflation caused by military blunders and billionaires’ excesses.

CoVid-19 Becomes the Pandemic (mostly, but becoming less so) of the Unvaccinated: Short takes:

Prisons full of trauma: Diplomat and journalist Craig Murray describes his stay in a Scottish prison, and the realization that virtually all the inmates there had suffered unimaginable childhood trauma. A chilling read.

Helping the homeless: Melissa Lewis describes the hopeless situation of many of the US homeless, caught between neighbours and police determined to move them out, well-meaning progressives who want them just left alone, and other progressives who recognize they need care, assistance and counselling to deal with the problems that underlie their homelessness. And they don’t know what they want either. This situation, unresolved, can only get worse.

The place you loved is gone (or never really was): Chad Mulligan laments the loss of culture, decency and soul in an America he no longer recognizes. Thanks to Paul Heft for the link. 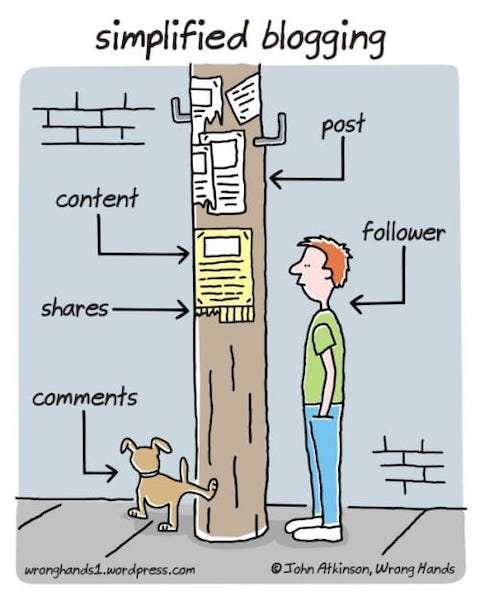 cartoon by John Atkinson via FB

Not Immune: John Green describes our strange social relationship with disease, and wonders why authors of fiction write about it so little. A brilliant comment below the video says it all: “How much better would our lives, our health and well-being be, worldwide, if we stopped attributing illness to morality? It’s stunning.”

From The Beaverton (fake headlines; The Onion for Canadians):

Pop Pop: If you’re a student of musical composition, take a look at this selection of some of the best ‘K-POP’ music of the last three years. Some mind-blowing, sophisticated stuff going on here, rhythmically, harmonically, melodically, drawing on musical styles from across the globe. 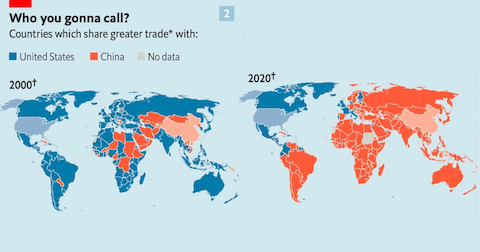 graphic from the Economist; thanks to Indrajit Samarajiva for the link

From Indrajit Samarajiva, on The Hero’s Journey:

While the content of a [Hollywood] film may look like it’s about rebellion, just look at where the hero ends up. They start in an ordinary world and always return there. Almost every film from James Bond to the Avengers is about the violent preservation of order. The people trying to change society are always the bad guys, and we cheer along as they’re beaten and murdered. It’s really quite effective propaganda because it amputates the imagination. That leads us to today, when many within White Empire can’t even imagine systemic change, only individual choices.

From Rhyd Wildermuth, on Seeking Solace (from his upcoming book):

The Woke are no less religious than the faithful. Unfortunately, their supplications are not uttered before trees and shrines but at machines they hold in their hands. They chant litanies about oppression and injustice, but are really crying out “hear my sorrow, heal my pain, right this wrong.” Yet unlike those who light candles to the virgin at the tree or leave offerings to a saint on a lightning-strewn high place, their prayers can only ever be echoed back by others digitally seeking the same solace.

From Marge Piercy: Right to Life:

A woman is not a basket you place
your buns in to keep them warm. Not a brood
hen you can slip duck eggs under.
Not the purse holding the coins of your
descendants till you spend them in wars.
Not a bank where your genes gather interest
and interesting mutations in the tainted
rain, any more than you are.

You plant corn and you harvest
it to eat or sell. You put the lamb
in the pasture to fatten and haul it in to
butcher for chops. You slice the mountain
in two for a road and gouge the high plains
for coal and the waters run muddy for
miles and years. Fish die but you do not
call them yours unless you wished to eat them.

Now you legislate mineral rights in a woman.
You lay claim to her pastures for grazing,
fields for growing babies like iceberg
lettuce. You value children so dearly
that none ever go hungry, none weep
with no one to tend them when mothers
work, none lack fresh fruit,
none chew lead or cough to death and your
orphanages are empty. Every noon the best
restaurants serve poor children steaks.
At this moment at nine o’clock a partera
is performing a table top abortion on an
unwed mother in Texas who can’t get
Medicaid any longer. In five days she will die
of tetanus and her little daughter will cry
and be taken away. Next door a husband
and wife are sticking pins in the son
they did not want. They will explain
for hours how wicked he is,
how he wants discipline.

We are all born of woman, in the rose
of the womb we suckled our mother’s blood
and every baby born has a right to love
like a seedling to sun. Every baby born
unloved, unwanted, is a bill that will come
due in twenty years with interest, an anger
that must find a target, a pain that will
beget pain. A decade downstream a child
screams, a woman falls, a synagogue is torched,
a firing squad is summoned, a button
is pushed and the world burns.

I will choose what enters me, what becomes
of my flesh. Without choice, no politics,
no ethics lives. I am not your cornfield,
not your uranium mine, not your calf
for fattening, not your cow for milking.
You may not use me as your factory.
Priests and legislators do not hold shares
in my womb or my mind.
This is my body. If I give it to you
I want it back. My life
is a non-negotiable demand.