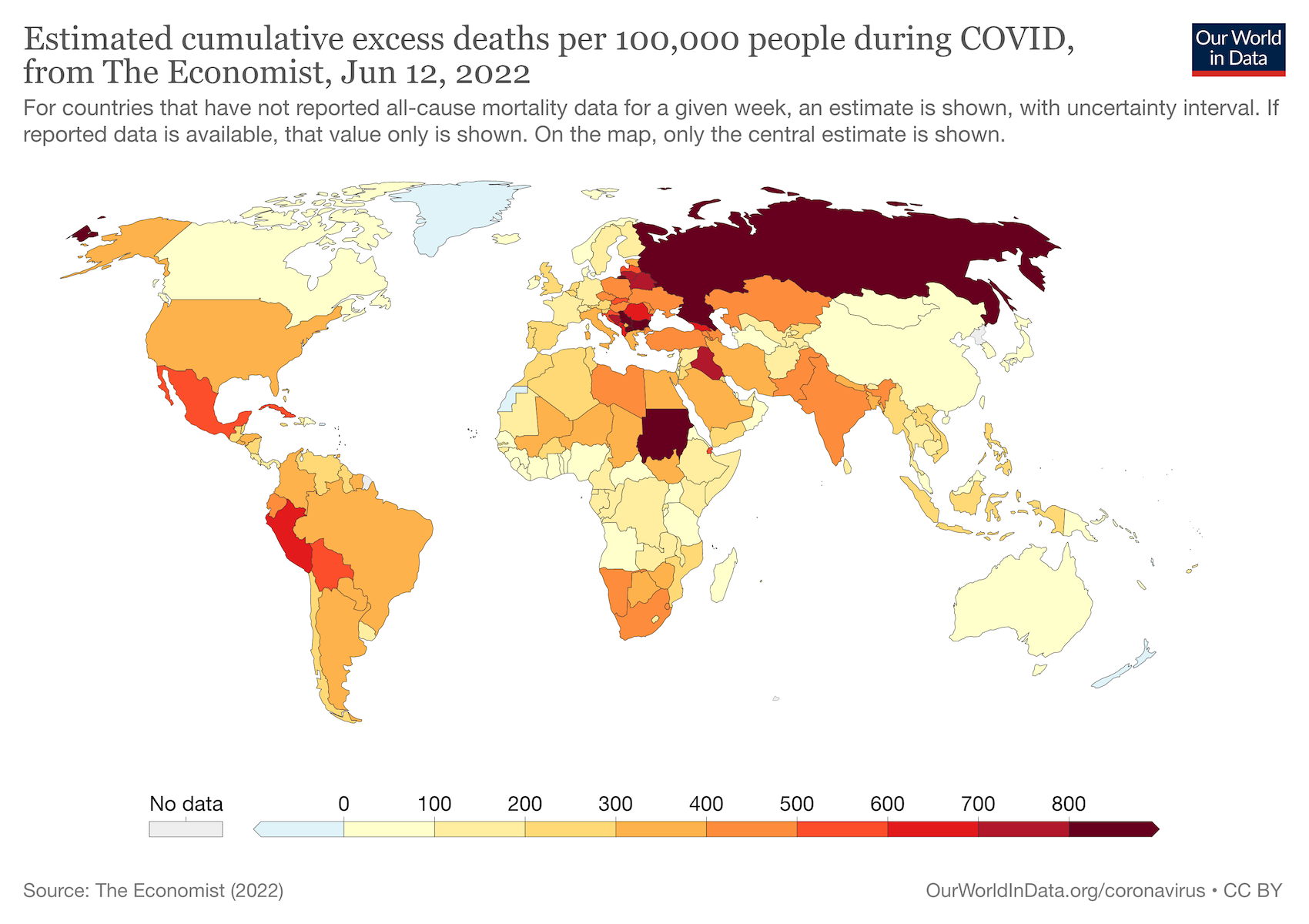 Hard to believe I’m still writing about this subject. But here we are.

Just about 2 1/2 years after its first appearance on the planet, and despite all human efforts, the latest estimates are that:

There is essentially no plan for dealing with this. The Go For Zero strategy was only seriously applied in a handful of countries, those where there was a high level of respect for public health guidance, and that strategy is the only one that would have addressed this catastrophe. Rich countries are now mostly ignoring the pandemic and hoping it will magically go away on its own, with the richest praying that the anti-viral Paxlovid will at least keep most of its sufferers from dying.

And when it comes to dealing with Long CoVid, we’re strictly in Hail Mary territory.

Fifteen years ago, when I worked in epidemiology planning for pandemics and other disasters for the government, the most experienced and wisest were saying that, culturally, we were simply not going to able to respond to a serious highly transmissible pandemic. I thought they were pessimistic. They were not.

We’ve basically given up. We’re no longer tracking new cases, and in many cases we’re using surrogate measures for hospitalizations and deaths that downplay the continuing toll. We have no plan to deal with the next winter, which will almost inevitably bring another surge. We have no plan to deal with new variants, and the approved vaccines we have been using are increasingly impotent to deal with them, and vaccines specifically for new variants are so far behind the course of the virus they will likely be obsolete before they’re produced. And if a new variant emerges that is more virulent, we’re totally screwed.

How and why has this all gone so badly? Partly it’s the sheer increased complexity of human society, that has squeezed more people into smaller areas and allowed them to travel way farther and faster, taking viruses with them, than was the case with previous pandemics. Partly it’s the distrust of authority that has caused a large part of the population to shun sensible health precautions. Partly it’s the cynicism of governments that prompt them to lie to their citizens and suppress or contradict sensible health advisories that citizens don’t want to hear.

Canada is an interesting case study. Like most of the countries in yellow in the chart above, Canada’s actual death toll per capita from the pandemic has been a fraction of the toll of the US and other countries in orange and red.

This is because for the first year or so, the Canadian public generally trusted and heeded public health advisories. Masking and social distancing and isolating rates were much higher than in most other countries, and vaccines were welcomed and taken overwhelmingly and promptly. It was that first 1-2 years when the IFR, the infection fatality rate, was high, relative to that of the newer variants.

But look at this chart to see what has happened in 2022: 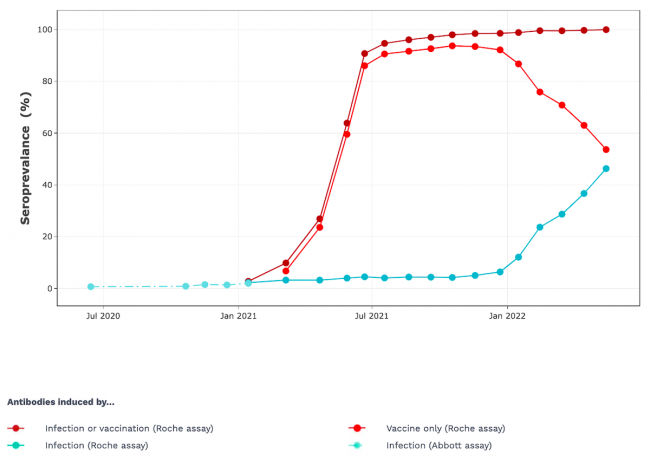 This chart, produced by Canada’s CoVid-19 Immunity Task Force has not received much press, I suspect most likely because the media don’t know what to make of it. Here’s what it says:

Canada has snatched defeat from the jaws of victory, and its new daily per capita death and hospitalization rates are now comparable to those of the US.

A lot of mistakes were made by a lot of people, just as in the ‘orange’ and ‘red’ countries, and it would not be fair to blame this entirely on political meddling and incompetence. It’s likely this trajectory was ultimately inevitable.

So stick to the precautions — vaccines and boosters, masks, social distancing and isolation. That’s all we have against a very superior opponent. And it’s only half time.