more on radical non-duality, and some new scientific theories; the usual caveats apply for those who find such blather annoying 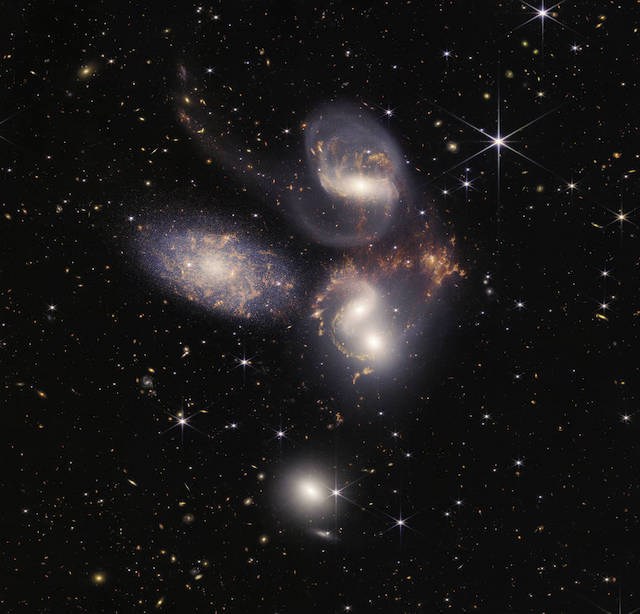 I was never a fan of The Matrix, and other sci-fi works that suggest that what we perceive as reality is merely a machination, an illusion (often with some god or beast running the show). As a long-time phenomenologist, these arguments strike me as typical Hollywood-style facile simplifications developed in the interest of popular theatre, not in the interest of a serious exploration into the nature of reality.

The leading scientists, in quantum science, in physics, in cognitive science and in neuroscience and biology, have recently thrown all the “physicalist” theories about the nature of reality, and the human self, into disarray, to the point many are now quite comfortable arguing that there is no “real” space or time, and no “real” self, though some of their arguments are more semantic than substantial.

One of those scientists is Donald Hoffman, who two of my readers (Ivo and Dr Scanlon) have recently referred me to again, in connection to my writings (some may say ravings) about radical non-duality. Last month Donald had a long (three hours plus) interview with popular podcaster Lex Fridman. Donald has a recent (2019) book out called, provocatively enough, The Case Against Reality.

The book, and interview, advance an anti-physicalist, anti-reductionist theory, one that espouses that what is ‘fundamental’ is not matter, energy, or time, but rather ‘conscious agents’. He is attempting to prove, mathematically, that if one assumes the fundamental existence of a ‘conscious agent’, then one can derive from that an infinite network of conscious agents, from which one can derive what appears to us to be matter, energy, time, life, evolution, the Big Bang, separate beings, the self, and everything we think of as ‘real’, as ‘interactions’ or ‘interrelationships’ of these conscious agents.

His principal argument, the one that drove the development of the theory, is that evolution seems to have unfolded the way it has not to optimize the accurate depiction of reality, but rather to optimize creatures’ ‘fitness’ for survival and thriving. In other words, what we think of, perceive as, and sense as reality is merely a distorted and radically simplified model of what really is, and since we depend on our senses to define reality, we cannot think our way out of the distorted box this model presents to us — we cannot ever really hope to ‘see’ actual reality. But we may be able, Donald says, to ‘prove’ what is actually real mathematically.

It’s intriguing, but while many have quibbled with the underlying tenets and arguments of conscious agent theory, it seems to me to be rather beside the point. One of the fundamental elements of ‘conscious agents’ is “the measurable space of conscious experiences of the agent”. That ‘space’ is probabilistic, not absolute, and the ‘consciousness’ of a conscious agent is defined by its components — perceptions, possible and actual actions, decisions, experiences, and the ‘world’ these agents perceive.

So this is not ‘consciousness’ in the highfalutin sense that most of us use the word, and I have to wonder if the term was chosen deliberately to ‘warmify’ the theory in the eyes of the nonscientific and spiritual communities. It is a little like the use of the word ‘unconditional love’ used by many spiritual communities (and also by many non-dualists) to describe ‘what really is’ — this is not ‘love’ in the sense that we humans mean and understand the word, but does give an air of accessibility and humanity to the teachings and theories that use it.

The desperation to find a mathematical, scientific, or philosophical model that will allow mathematicians, scientists, philosophers and spiritual types to salvage their careers and substantiate their lifetimes’ work is understandable, but I fail to see why it is necessary. It strikes me very much like the attempt of 17th-century geocentric mathematicians, scientists, philosophers and spiritual types to rescue their earth-centred models of the universe by developing staggeringly complex explanations involving revolutions around revolutions to keep the Earth in the centre of the universe. Although Donald’s theory does have a better intuitive feel to it than string theory and other ‘unfalsifiable’ theories.

Why is it so important, to scholars and laypeople alike, that there be any theory at all to ‘explain’ reality? Is it human hubris? Is it desperation to salvage professional reputations? The quantum scientist Sean Carroll has said:

You want to know why the universe is, you’re not going to get a satisfactory answer. You’re not going to be happy. The universe just is. You have to accept it. You have to learn to deal with it. There’s nothing further there. I like this. I mean I don’t like it sort of you know in terms of again scratching explanatory itches. But I think it’s the one that is most courageous, most brave. It faces up to the reality of it. All of these other attempts hit this little kid problem of saying, ‘Well, if that’s true, why is that true? Why is that true? Why is that true?’ And here you’re saying, nope. There is one level at which you just say, that’s how it is. There is nothing other than that. This is what Bertrand Russell was trying to say. I think this is probably the right answer. And I know that people don’t like it, but whether we like it or not, is not part of how we should judge a theory of why the universe is the way it is.

What is seen by those who, for various reasons not connected to illness, study or intellect, have no sense of having ‘selves’ or any sense that anything is separate from anything else, is that ‘everything is just an appearance’ — it’s not real, and cannot be known or understood. This is not a theory they’re espousing (in fact they assert there is no ‘them’ to espouse anything). It’s just what is obviously seen there, without the illusion of self that most of us labour under. When they are asked ‘why’ that seems to be so, their answer is an unequivocal “there is no why, there is only what appears to be happening, for no reason or purpose”.

That “cold, uncompromising” radical non-duality message seems entirely consistent to me with Sean Carroll’s somewhat reluctant admission above. It is enough for me. After five years of trying to reconcile radical non-duality’s message with the findings of scientists, listening to Donald may be the final straw leading me to give up that futile attempt.

As Sean notes, “people” (mostly mathematicians, scientists, philosophers and spiritual types) “don’t like” this message. It seems to us heartless, useless, hopeless, and unintuitive. It is. It’s also wondrous, accepting, and complete. The end of the search for what was never missing.

4 Responses to It Just Is