The Opposite of Presence 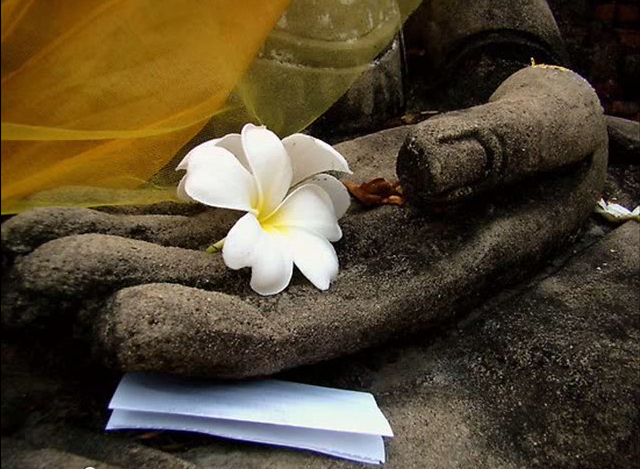 “Oh you know all the words, and you sing all the notes, but you never quite learned the song” — The Hedgehog Song, by The Incredible String Band

And so I read about how to meditate: I read Kabat-Zinn, Osho, Krishnamurti. I listened to guided meditations, focused on my breath a hundred different ways. Tried to silence the noise in my head. Practiced, a little each day. Until all I could hear was the heartbeat of the universe. Until the edges of me faded, crumbled, and vanished. Until I felt the cells in my body dancing, telling me what I had always known, except that now there was no ‘me’.

I tried to face my fears. Not with teeth clenched, but with acceptance, honest acknowledgement. I opened myself to the possibility that each fear was meaningless, an invention, unreal. And I realized that the only real fear is the fear of one’s ego — that the fear of being trapped, of suffering, of failure, of loss, were all fears of what might happen to my ego, that no-longer-and-never me, in the future, how ‘it’ might feel ‘then’. When in fact there is only now, and that no-longer-and-never me is a mere concoction, devised with the intent to protect me but not protecting me at all, merely holding me back from being really me. And I knew: Lose that imaginary friend the ego, lose the fear.

I slept outdoors, in the forest, at the ocean’s edge, in all weather, listening to the wild sounds and watching the stars, trying to commune, to reconnect. I awoke to the sound of my own breathing and found that it was the sound of the surf, the wind, and the dragonfly.

I let myself fall in love, or almost fall in love. I thought this might make me realize the folly of all the thinking and anxieties inside my head, move past them, be free of them. As I loved more and more I felt everything I believed, everything that depended on conception, on thinking, fall away, until there was only feeling, invulnerable, overpowering feeling. Until love became the only truth.

I explored different forms of yoga, different ways to exercise my body, loosen it up, tone it, get connected with it. I found that as my body began to open, so did my mind, my heart, my consciousness. And then one day in tree pose I became a tree, anchored yet soaring into the sky, needing nothing but the sun and the rain that would always be. And then in child’s pose I became a child — the child I always was.

I sat in stillness listening to Deva Premal for hours — hari om tat sat, om shanti shanti shanti om — by lamplight, by candlelight, by the light of the sun and the stars and the moon, at sunrise, at sunset, with the sound of waves, with the sound of wind blowing through trees dampened by the rain. And the music became the stillness, and the light became the breath and the voice of the universe.

I explored tantric sex, holding off, holding back, staying just at the edge of bliss for hours until everything was bliss and time stopped. And my love and I became one body, boundaryless, one pulsing organism of pleasure and purpose, a supernova sending fire to the ends of all creation.

I fasted. I ate only foods I had picked myself that day. I drank water from a forest stream brought by my own hands to my lips. I drank a glass of wine with a bouquet so pure and exquisite that I would have been content all evening just to smell it. I ate honey, nut butter, peach nectar, that I had drizzled on the body of a beautiful woman, licked and sucked it in using only my lips and tongue. Until I could hear the scent, see the taste, feel the colour, all blended into one perfect sensation. Until I became that sensation.

I spent an entire day at the top of a hill inhabited only by wild creatures, just watching the forest and the sea below, paying attention, through a morning rainshower, an afternoon of intense heat, an evening thunderstorm, watched the sky glow infinite shades of yellow, blue, orange, red, grey and purple, a trillion colours that appear on no painter’s palette. And I melted into that downpour, that rainbow, becoming its ocean of air and water flowing into the sea and the sky.

I tried living without language for two weeks — no reading, writing, listening to or speaking words. Only music that was wordless or whose language was a mystery. No medium between me and what was real. Until even the words in my own head ceased. And I ceased to be a creature of language. And then ‘I’ ceased to be.

I surrounded myself with beautiful things, beautiful places, beautiful people, gazed endlessly and wondered at that beauty, breathed it in, memorized it, gasped at its impossibility. Until I began to see beauty in everything, even the lines on my hands and the sadness in my eyes.

“That’s all crap”, said Kali, leaning back against me as I rested against a tree, beside the horses drinking at the stream. She drew my arms around her, kissed my hand. “People just write that stuff about presence, like all those wishful thinking self-help books, because people want to believe it, not because it’s really true. Eckart Tolle, all those guys, they’re just fairy tale writers, posers, trying to make a living with their unique form of fiction.”

She sang to me for a while, some songs she made up in the moment, and then she wrote this, surrounded by lovely giant swirling question marks, and passed it up to me with a smile:

How great is the power of intention,
and how inescapable the prison we have made for ourselves?

How desperate do we have to be, and how enlightened,
before we just let go of everything
and let ourselves be free, be present,
be who we really are?

And how fearful do we have to be
to dare not try, to be so terrified
of the potential disappointment and despair if we failed,
if all our practice, all our diligent intention and letting go didn’t work,
that we just keep true joy and liberation and self-realization as dreams,
tucked safely away to keep us going
in the comfortable unreality we’ve built inside our heads,
this tomb of maybe-good-enough-for-now,
best-that-we-could-really-hope-for artificial life,
the opposite of presence?

5 Responses to The Opposite of Presence