If We Had a Better Story Could We Tell the Truth? 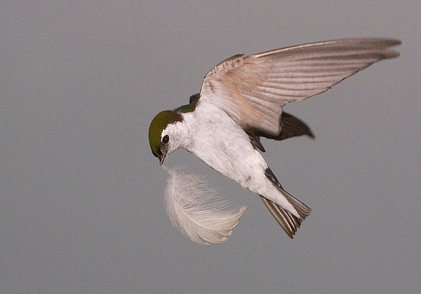 Recently, to my surprise, it’s become more acceptable to tell the grim truth about our civilization. Still not acceptable, mind you, but every once in a while when I do, I’ll notice someone nodding at me, giving me a sad smile, a quiet signal of comprehension and appreciation. 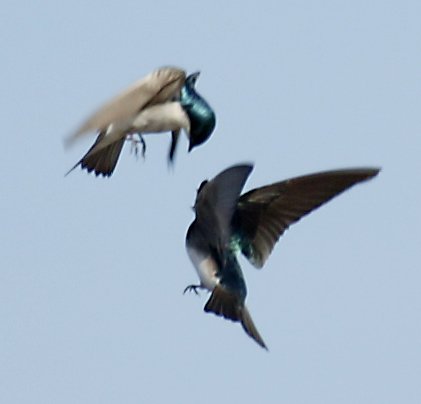 There are three (very large) groups to whom one cannot usefully or comfortably (or sometimes even safely) tell these truths:

I have always found that, when in a crowd that I know contains members of one or more of these groups, or whose members I don’t know well, it’s usually unwise to talk about what’s really going on in our world. For the first group it’s a conversation-stopper, for the second it’s either disappointing or annoying, and for the third it’s an invitation to a hostile debate or a fight, neither of which serves any purpose.

So it’s usually best to stay quiet, because telling the truth always begs the question: “OK lunatic/doomer/asshole, what are you doing about it?” To which, if you dare reply honesty, their response is generally going to be “that’s ridiculous/a copout/treasonous”.

If an ‘environmental’ group were to suddenly announce that trying to prevent global ecocide was fruitless and they were going to focus instead on helping people prepare for inevitable collapse, all the other enviros would quickly turn on them. A couple of climate scientists I’ve spoken to have confided that they can never talk publicly about what they think is really likely to happen because if they did, their audiences would walk out, their sponsors would cut them off, and their employers would fire them.

If a political leader were to suggest the need to end capitalism, or that economic growth was madness, their career and possibly their life would be quickly terminated. Dennis Kucinich, the only elected politician who’s had the courage to tell the truth about our political and economic systems, is dismissed by most as a ‘kook’ and considered ‘unelectable’ by his own party.

If a business leader were to admit (as several have to me, privately) that the power of large corporations is unhealthy and often abused, that most large corporations are dysfunctional (even more than comparable-sized government bureaucracies), and that corporate activities like the Tar Sands, factory farming, and GMOs are antithetic to the public interest, they would be quickly deposed, and shunned by their colleagues (even those who knew they were right).

We all go around talking about ‘realities’ (like the ‘free’ market, ‘free’ trade, ‘sustainable’ growth and ‘democratic’ governments) that are actually complete fictions, ideals that have never existed in the real world. Yet we talk about them as if they were incontrovertibly real. And almost no one dares talk about what’s really real — such as the constant and inevitable atrocity, messiness and brutality of war as it’s fought on the front lines (and its utter futility), or the ghastly and never-ending suffering of the trillions of creatures confined, tortured and slaughtered to meet the incessant demands of our industrial food system, or the world our children and grandchildren will have to face when the debts we have run up come due and the desolation we have caused leaves them with a planet that can no longer support most forms of life.

As John Rember puts it in a lovely essay on Guy McPherson’s blog (thanks to Timothy Scott Bennett for the link, and for the inspiration):

To the extent that you can buy reality off—that you can use your wealth to move tens of miles upwind of a dairy, for example—you can say reality is for people who lack money. The real function of wealth in America is to give us the time, resources, and space to either construct an unreal world or have one constructed for us. Unreal worlds, for most of us, turn out to be better places to spend our time…

Once an imperial reality is created, real reality becomes sedition. Dissent—even the dissent of believing what you see rather than what you’re told—is suppressed, ridiculed, ignored, or violently eliminated…

Happily for the Disney Corporation and for the American Empire, growing up has become optional, and plenty of people have decided not to. You can’t blame them. Growing up means looking at the hard data, constructing your own narrative from them, and leaving the secure future for the lethal present. As a scientist friend of mine says, “Those of us with children and grandchildren cannot go there…”

We can’t talk about these things, not in pleasant company. Sometimes we wish we didn’t know these terrible realities. We carry them around like ghastly personal secrets of horrific past wrongdoing, unmentionable and unforgivable acts that must never be revealed for fear of total social ostracism, or worse.

But as long as we stay quiet, we’re complicit. We can’t win.

Or can we? Perhaps if we had a better story we could tell the truth. Perhaps the reason why we dare not talk about what we see and know when we’re among the incredulous, the hopeful and the deniers, is that we, too, are seeking an alternate, more bearable reality than the terrible one we have come so late to know.

As I write this there are a dozen violet-green swallows flitting outside my window, soaring over my hilltop home and down into the valleys all around. Swallows are very adept at turning in mid-air, in a way that looks a bit clumsy but is actually ideally suited to catching insects in mid-air. They will also fly near larger birds in the hope of catching their moulting feathers in mid-air. The two pictures above depict this.

But I also know that swallows will perform these acrobatic feats, including catching and releasing feathers blowing in the wind over and over again, for no apparent reason. Just for fun. The fact that doing this is good practice for more serious pursuits is not the point — most wild creatures play as their principal means of learning new skills, but clearly take great pleasure in doing so for its own sake, just because it’s fun. [If you’re a skeptic, look at this bird behaviour, or this one, and tell me this isn’t pure, calculated, play].

Maybe the birds are telling us something. Their story, their way of coping with reality, is to play, to take joy in every moment. Maybe that is the story of all wild creatures: That life is play, delight, pleasure, laughter, living in Now Time. Maybe that should be our story, too, those of us who can no longer believe the invented stories of our culture, and who can no longer bear the story of grief and shame and anger and sadness and fear for our future that we have told ourselves about this terrible, real world.

I keep thinking that what is missing in my life is more fun. Perhaps instead of looking for friends and activities that are fun, the birds are showing me how to be more fun, more play-full. It occurs to me that people are happiest with me when I am playful, laughing, fun to be with. My youngest memories, which I recall with great fondness, were times of seemingly endless play, imagining, creating, running around, laughing, mimicking, experimenting, discovering, interacting with pure joy and pleasure with everything and everyone I could see.

How did I forget how to play? Is it the same reason that John Cleese now has to set aside a time and place to be creative, and follow a regimen (thanks to Bill Anderson for this link)?

More importantly, how can we re-learn how to play? Loren Eiseley once wrote:

on playing with a young fox

for just a moment
I held the universe at bay

by the simple expedient
of sitting on my haunches before a fox den
and tumbling about with a chicken bone.

it is the gravest, most meaningful act I shall ever accomplish,
but,
as Thoreau once remarked
of some peculiar errand of his own,

there is no use reporting it to the Royal Society.

My guess is that we could re-learn to play the same way the swallows and the ravens and the young foxes learn to play: By instinct (or in our case, reconnecting to our instincts); by watching other wild creatures at play and following their example; and by practice. [If you have any thoughts on this I would welcome them: I don’t expect much insight on this from online resources or from ‘experts’ in pedagogy.] Reaching back to those earliest memories, my sense is that most of it is about just being open — to wonder, to possibility, to finding out, for no other purpose than because it’s fun, joyful, pleasurable, irresistible.

Suppose we could do this, be this, and model it every moment. Suppose we filled our lives, and the lives of those we met and those we know, not just with earnest love, but with fun, joy and pleasure. Suppose we lived the story of being calmly, attentively, blissfully real — of being an appreciative, present and essential part of life’s unfathomable wonder and beauty, relishing every possible moment. And suppose we then began to tell the truth of what is happening in the world, opening people’s eyes up to the terrible reality of the real, teetering, fragile, suffering, desolated world. All the while smiling, with our eyes shining, gentle, relaxed, aware, at peace and full of humour. How would the incredulous, the hopeful, and the deniers respond to this dreadful message then? How might it change our own sense of unbearable grief, anger, shame and fear?

“In wildness is the preservation of the world”, Thoreau wrote. Perhaps in wildness we can also find our true story, and through it the means to help the frightened, anguished people of our world awaken to the world’s terribly reality, and its astonishing joy.

14 Responses to If We Had a Better Story Could We Tell the Truth?