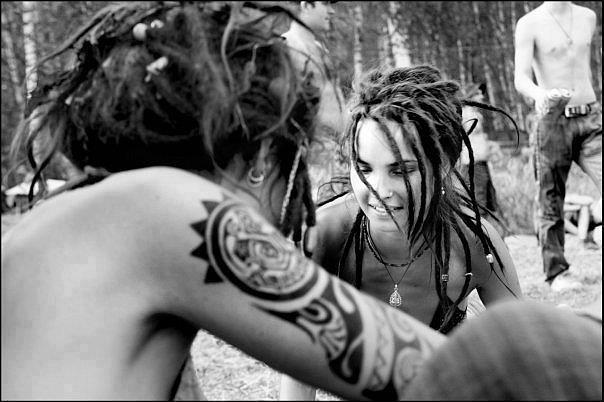 He asked me if I was going to West Vancouver, and if so, if I could give him a ride. We were on the ferry to the city, and I said sure. Raincoat, waterproof backpack, the guy was appropriately dressed for a car-less island resident in our region’s rainy winters. He thanked me, and said he was going upstairs to the ferry’s passenger deck, but he’d be back before we landed.

When he got back, and climbed into the passenger seat, he turned his backpack, which was slung over his shoulder, around, revealing the small white head of a very contented-looking little dog, peeking out at me. This was clearly my rider’s way of breaking the news to me that he wasn’t traveling alone. No doubt he’d tried asking drivers he was hitching with if it was OK he had a dog in tow, and found the results wanting. Better to beg forgiveness than ask permission.

He introduced me to the dog, a 16-year-old female he’d raised from a pup, after his previous dog had died at age 17. He’d found the vet of his previous dog presumptuous and expensive, so his new canine companion had never seen a vet.

My strange traveling companion was actually headed to North Vancouver, a 30-minute bus ride or 90-minute walk beyond where he’d asked a ride to. Better chance of getting a ‘yes’ answer if you give a closer destination, as every hitcher knows. He told me the dog stayed quiet and hidden when he took the bus, because when he’d showed the dog to bus drivers they’d refused him passage because his backpack wasn’t a ‘proper’ carrier.

From then on he just didn’t ask, and the dog had learned to be a conspirator in silence. He’d learned that lies of omission often work better than total honesty. He did what he had to do. If the rain held off, he’d sooner walk the 90 minutes to North Vancouver anyway, let the dog stick her head out instead of hiding. Save the bus fare, too.

He said he’d lived up and down the BC coast all his life, which I’d guess was 30-something years, though he looked older. He didn’t volunteer what his appointment was, which he said he’d just make if he chose to walk. I wondered if it was a medical appointment of some kind, or a check-in for social assistance, but I didn’t ask.

He said his work was mostly out-of-doors, and involved a lot of standing, and there wouldn’t be much for him until the rain eased. Was he a roadwork labourer? A busker? He had a musician’s hands — nails on the right hand longer than on the left — though he had no instrument with him. Nothing in the bag, in fact, but the dog, whose head he stroked constantly as we rode. It was the most serene-looking dog I’d ever seen. He told me his previous dog had separation anxiety. And why not — with the bag, what reason ever to be apart?

I hadn’t seen the guy on the island before, though he suggested he was living there, and had from time to time before. He mentioned some other places he’d lived, all of them small coastal or island communities, not cities. I wondered if he was just a nomad, doing the circuit of people he knew enough to crash with, and then moving on when he thought he’d worn out his welcome.

All of this was just conjecture on my part. He didn’t volunteer anything more about himself, and I thought it would be nosy to ask. He had the sad, tired, wary, slightly anxious and cowed look and style of someone used to being told ‘no’ and being asked to move on.

But as I talked with him, it occurred to me he had everything anyone could really need. He had, I figured, a network of people with warm houses where he could stay and sleep. He knew how to get enough money to feed himself and his beloved dog, and to pay incidentals like ferry fares. And he carried his loved one with him everywhere, easily, and they basked in their obvious, easy, unconditional love for each other. He was perhaps as free and independent of our oppressive culture as anyone can be. He knew how to ask for what he wanted and needed. He could go anywhere, quickly, easily, and call it home.

Was this gentle, weary stranger, the exemplar of a collapse survivor? Though I had no way of knowing what trauma and hardship he might have endured, it seemed to me that coming to live this simple way might have been his way of coping, his way out of the darkness.

I’ve argued that when the teetering systems of our crumbling and ruinous civilization fall, we will have to learn a different and better way to live and make a living. I always assumed that would be, inevitably, in community, in some ‘settled’ way. But we were gatherer-hunters long before, and for longer, than we were settlers. We may not be well-designed to catch and eat animals (we lack particularly the capacity for rapid acceleration, and the requisite teeth and claws), but we are certainly designed to walk long distances, to migrate, to be nomadic.

If our climate shifts suddenly and repeatedly, making the places we live successively inhabitable, maybe transition, adaptation and sustainability are more about our capacity to scavenge, to re-form relationships with ever-changing and ever-moving neighbours, to ask and share in the moment and then bundle up our loved ones and move on, than our capacity to create and build community in any kind of enduring place or durable form.

I find this thought strangely liberating. The idea of having to learn to make and maintain community, the whole mess of getting along with others, of learning to love people we don’t even like, offends the ‘wildness’ that cries out within me. I want to be free.

Yes, I say excitedly, each time I read this passage. This is how I want to live. Unsettled, uncompromising. “Needing nowhere to stay.” Feral. Like a bird, ready to fly.

Thank you, stranger, for the reminder.

image above from the wild human initiative

1 Response to The Wild Man