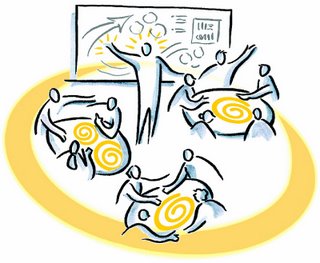 And finally, from a post I did way back in 2004, is my list of the top 10 constraints to learning in our modern culture:

(Image of facilitation from NCSU; image of mentoring from UConn)