Cultural Acedia: When We Can No Longer Care 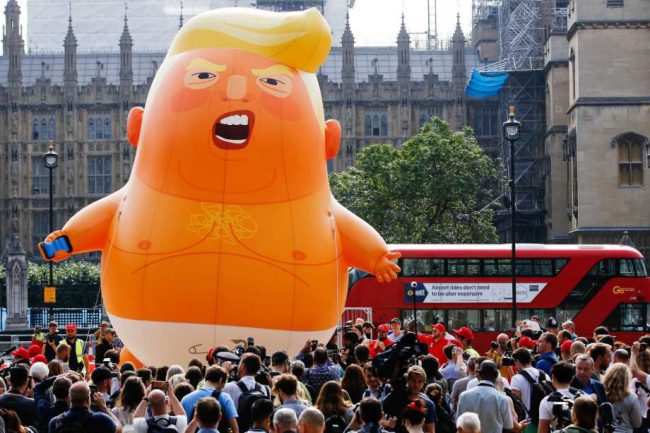 A century ago, a small group of psychopaths, who had been largely ridiculed as incompetent buffoons for more than a decade before, rode a wave of confusion, chaos and anger over inequality to autocratic terror, and plunged the world into a horrific war that might well have ended human life on Earth, had the discovery of nuclear weapons been made by others than those who pushed us to the edge of extinction with a savage demonstration of its power, or if that discovery had come earlier, or later.

Since that time, we have watched the Doomsday Clock tick perilously closer to midnight, and then briefly retreat, only to edge closer again.

There is a strong argument to be made that we are once again at the buffoon stage, once again increasingly in the hands of a small handful of psychopaths whipping up fear and fury and setting the stage for global autocracy, confrontation and brinksmanship. The so-called leaders of most of the world’s most powerful nations are incompetent and unstable, and this has been the case at least since the events of 2001.

All civilizations end, and a study of them shows that there are usually two precursors to their collapse: widespread cultural acedia, and then a period of chaos.

You probably haven’t heard of the term acedia used, and it has several definitions, so I’ll start by defining it. It is

a disillusioned detachment, disengagement or dissociation that stems from an incapacity to cope with the realities of the moment. It may start with personal acedia, manifesting as a restlessness, a sense of hopelessness, anger, fear, anxiety, despair and helplessness, a sense of chronic and growing dis-ease, and then, when it infects whole communities, it morphs into cultural acedia, a collective incessant malaise, a “weariness of the heart”. “Most people”, Thoreau wrote, “live lives of quiet desperation”.

When a culture can no longer provide for the essential physical and psychological needs of its members, it inevitably starts to disintegrate — its members may try to revolt, or they may just walk away and leave the culture to collapse. It depends largely on what options its citizens have. It starts with the sense that the culture with which the members are, of necessity, associated and identified, no longer meets its essential needs, to the point the drastic step of revolution or abandonment is deemed less risky than staying with the sinking ship of state, manifests itself as a cultural malaise. This is cultural acedia.

Its effects are not limited to humans; they affect all mammals and other “social” creatures whose core sense of identity is connected to their culture. Scientists have demonstrated that rats whose community is in turmoil or which are isolated from their community are far more prone to what we would call the symptoms of emotional illness: acts of extraordinary violence, addictive behaviours, self-destructive behaviours, hoarding behaviours etc.

What most manifests this early acedic stage of social collapse is a moving away from caring. Caring for one’s fellow community members, for the shared qualities of the culture, and even for oneself, comes at a high emotional cost. When caring becomes too much to bear (such as when caring for a family member leads only to endless abuse, broken promises and disappointments), an essential coping mechanism is to detach, disengage, disconnect, even dissociate.

But surely, you may be thinking, the current situation is not so bad? By the measures of most societies, many if not most in the more affluent nations of the world are seemingly well off, no? Despite the ravings of some psychotic or despotic leaders, most people in these nations are safe, materially well-off, and, as much as possible, “free”.

Well, perhaps not. The soaring prevalence of stress-triggered chronic diseases (both physical and psychological) suggests something is not quite right. It is easy to blame the victims — our mostly sedentary, overweight and malnourished citizens. Or to blame the capitalist system that almost inevitably makes us that way.

But blame is not the point. Over the last century a remarkable consensus has arisen among health-care practitioners and those studying our culture that even an apparently-affluent society can suffer massive malaise and social disintegration, if it fails to meet the essential human needs that are common to all humans of all cultures. While these needs have been parsed in different ways, here’s a list of basic psychological/emotional needs combining the work of Johann Hari, Gabor Maté and David Foster Wallace, recent writers who have focused attention on what happens to us when those needs are not met:

What characterizes our modern industrial culture is its failure to meet, or even really value, any of these needs. Prehistoric societies, up until about ten millennia ago, provided them all. With the advent of language, settlement and the chronic scarcities that accompanied exploding human populations, cultures that depended on large-scale settlement and agriculture quickly sacrificed the value of and attention to these needs in favour of meeting the more urgent and desperate physical, military, political and industrial needs of these new fragile, unstable civilizations.

“We are all homeless.”, Johann writes. To remedy our cultural malaise “we don’t need to be drugged or imprisoned, we need to be together.” By neglecting our basic needs, he says, we have turned the whole world into our prison. What’s at fault then? “It’s not you. It’s your cage.” David echoes this metaphor, describing most contemporary writing as “the song of a prisoner who’s come to love his cage.” In The Pale King he adds:

Maybe dullness is associated with psychic pain because something that’s dull or opaque fails to provide enough stimulation to distract people from some other, deeper type of pain that is always there, if only in an ambient low-level way, and which most of us spend nearly all our time and energy trying to distract ourselves from feeling, or at least from feeling directly with our full attention.

So now we live in a world where our sheer busy-ness, and multi-generational traumas handed down, deprive young children of the essential security of attachment and belonging that even many earlier war-ravaged societies provided. Hence we have an epidemic of related psychological illnesses, ranging from psychosis and chronic anxiety to PTSD and attention disorders, and a parallel epidemic of physical illnesses now primarily ascribed beyond any plausible doubt to traumas, mostly passed down unintentionally from each generation to the next and exacerbated by conflicts and encounters with similarly-traumatized peers.

And we have a world where most people despise or are bored by their work, which is mostly meaningless, offers little or no personal autonomy (and often far more responsibility than authority) and which in our increasingly-unequal society takes up more and more of their waking lives. A world in which many are so desperate for attention, appreciation and reassurance that they have to seek it in inarticulate, insubstantial, precarious online “friendships”. A world in which everything seems to be getting worse, including the prospects for future generations and the prospects for a secure and peaceful retirement. A world that offers no stable and enduring home, and no continuous contact with the more-than-human world. A world that suffers from chronic sleep deficits and attention deficits, an epidemic of stress-related diseases, and a collective sense of hopelessness, helplessness, disenfranchisement, fury and dread. A world of exhaustion.

Underneath the appearance of affluence (for the dwindling number who even have that) what most characterizes our modern industrial civilization culture is a severe and growing scarcity of everything that is important for a healthy and resilient human society.

No surprise then that we see an epidemic of acedic psychological and physical coping mechanisms: depression and anxiety disorders, addictions, attention disorders, autoimmune diseases, compulsive behaviours, self-destructive behaviours, and hoarding behaviours (the ultra-rich are furiously buying up remote islands and farmlands in the absurd belief they will provide sanctuary as economic, political and climate collapse worsens).

One of those self-destructive behaviours is supporting the psychotics who (just as the fascist/corporatist leaders did a century ago) promise a return to the good old days, the old order, and the old values, promise hope of a better tomorrow, stir up xenophobia and civil hatred through lies and promises of more for their followers and less for their “enemies”, and promise more autonomy for individuals (making “government” the inevitable whipping-boy), and more security against the trumped-up enemies. People afflicted with acedia voted for Trump, Bush, May, Brexit, Harper, Ford and the growing number of angry damaged megalomaniacs gaining power all over the world. You can’t blame them. When people are desperate and angry and feel hopeless and helpless they’re ready to try anything different from what they feel has led to the current (personal and collective) malaise. They can no longer care.

It’s subtle and deceptive, this wave of acedia, this wave of anger, fear and “sorrow of the world”. It manifests in different ways among different demographics, but it afflicts us all. Gene McCarthy used the term acedia in the 60s to describe the sentiment of those fighting the military-industrial complex and the continuation of the Vietnam War and other wars of colonial occupation and resource theft. Once that war ended, his concern about it getting out of hand was quickly ignored by the media and citizens alike. Now it’s back.

There is likely nothing that can be done to stem it, but we can at least be aware of the phenomenon, as acedia builds and gives way to growing chaos and then to collapse. Gabor stresses the need for us to start (over) with small children, giving them at least a sense of safe attachment, and then a sense of belonging, and enabling them to realize and fill the remaining essential needs in the list above. But for all of us, he says, the key is to stop blaming (our genetics, our parents etc) and recognize that we’re all doing our best and that our coping mechanisms (depression, addiction, attention disorders, autoimmune disorders etc) are perfectly understandable but ultimately unhealthy for us, so we would be best to strive to find a way of living that meets the eight essential needs as well as possible, even if that requires some dramatic changes in our lives.

David’s only prescription is to exercise as much freedom as we can muster (he wrote his Master’s thesis on free will) in the choice of what we pay attention to, rather than automatically falling back into our “natural default setting”.

That’s unlikely to make a difference for the billions already sliding into acedia, whose collective actions and inactions are likely to usher in an era of chaos (already evident in several political capitals) and empower psychopaths and despots who will churn things up further. But at least, instead of blaming them, or the media, or anyone or anything else, we will be aware that this is what inevitably happens as a culture reaches the scale and the limits at which it can no longer meet the essential needs of its members.

It’s going to be a rough ride, and I was hoping it wouldn’t be accelerating as soon or as quickly as it now appears to be. Maybe, like in 1945, we’ll avoid the bang again, and get to witness the whimper; if so, it will be perhaps the most astonishing one our planet has yet witnessed.

But it won’t be the end of the world.

13 Responses to Cultural Acedia: When We Can No Longer Care