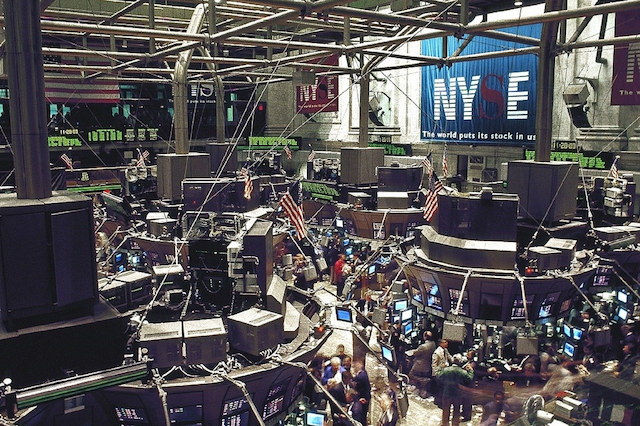 “We Make Zero”. When I saw that headline on a recent CBC article about the economic impact of CoVid-19, I thought it might actually be a recognition of how very little of western economic activity is actually involved in producing anything useful.

I was disappointed. It was just a quote from a guy in the tourist industry saying how much his company was expected to earn this year. Tourism is one of the industries hardest hit by the disease, so it’s hard not to sympathize.

But I keep dreaming that at some point we’re going to wake up and realize that a very large percent of so-called economic activity on this planet — activity that is substantially destroying the air, water, land and soils and rendering the planet unable to support life for all species — is of absolutely no value to anyone. This activity is measured by GDP, which really measures nothing more than the despoilment of our planet, and certain not the welfare of any species including ours. Despite its calculation, it is substantially just a surrogate for resource use — a chart over any time period tracking GDP against the amount of resources we extract from the planet, the vast majority of them non-renewable, shows a perfect correlation. GDP has nothing to do with economic or social wellbeing; it is simply a measure of the rate at which we are plundering the earth.

As the first wave of this pandemic flattens, there is much discussion about how severe the economic impact of our curtailment of “Work” activity in the interest of social distancing will be. There is essentially no discussion about whether all this “Work” activity was or is necessary in the first place, and whether it really produces much of value. When it comes to producing things of enduring and essential value to the planet or even to members of our own species, the CBC headline pretty much says it — We Make Zero.

But surely, you are probably saying, we couldn’t just stop doing all this economic activity without a disastrous impact on human welfare. Remember the Great Depression? It was ghastly. People would starve. Institutions would crumble.

Such is the compelling Story of Work, which is essentially the Story of Progress, that we tell ourselves. Indeed, this myth is so powerful that many retirees’ lives — rid of the sense of tremendous importance of their Work — are filled with depression and feelings of worthlessness and boredom. It is so powerful that some would be prepared to let 1% of the planet — 80 million people — die horrible deaths, rather than drastically reducing economic activity through social distancing to prevent it.

It is so powerful that those who are unable to find, or convince themselves that they have, Meaningful Work, are actually getting sick, getting addicted, and, as Atul Gawande movingly explains, dying of despair, in the millions.

Because the myth is so powerful, and almost universally believed, it is very likely that we will have one, or a whole series of, severe economic recessions in the coming months and years. This is because things are worth exactly what we think they are worth, and when people think stocks are worth a multiple of current annual profits, and that real estate values will plunge because there will be less money to spend on it because less Work is being done, stock prices and real estate prices will plummet, and those whose net worth is completely dependent on their investments, pensions, and the value of their homes — notably the Working poor — will find themselves suddenly with a negative net worth, no money to repay their mortgages and other huge debts, no job, and quite conceivably no home, and no food. Meanwhile the rich will mostly keep their jobs, and suffer huge short-term paper losses on their investments, but not really suffer at all.

All because of a myth that has been relentlessly hammered into all of us our entire lives. One that is simply untrue. There is more than enough food in this world, though the vast majority of it is factory-produced, unhealthy, massively ecologically destructive, horrifically cruel, and the cause of most of the debilitating, awful chronic diseases that kill 90% of us and are increasingly shortening our healthy life-spans and bankrupting our health care systems. There is more than enough of everything. And, even more incredibly, to those who buy the myth of Progress, there is no need for anyone who doesn’t want to, to have to Work.

So let’s take a look at this myth.

Suppose you want to set up and run a bank. You get a charter, which prevents too many competitors also setting up banks in your area, and indemnifies you from personal liability for just about any consequences of your bank’s activities. You also discover that if you really screw up, provided you get big enough that people and companies depend on you, you will be fully bailed out by government.

Now, you get to take people’s deposits, and pay them 0.5% interest on them. With your charter, you get to loan out many times your deposits (the government has your back) to people and corporations. You’ll probably only get ten times your interest cost with your corporate loans (the government has their back too). But you’ll earn an average of 16%, that is a 3200% profit multiple, on what you’re paying your depositors — on personal loans ie mortgages, consumer loans, care loans, lines of credit, and credit cards. This is entirely legal, and thanks to new laws that make declaring bankruptcy almost impossible (you can go after the families and will beneficiaries of anyone who doesn’t pay promptly), it is essentially risk-free.

You would have to be a complete moron, or a delirious psychopath, not to make scads of money as a banker. So the cash is piling up. Maybe you’re feeling a bit guilty, with your 7 or 8-figure income, dividends, bonuses and stock options. You expand of course, and your new bank towers in the most expensive locations in major cities do eat a bit into your cash flow, but they’re pretty solid investments as long as the economy keeps growing endlessly. You diversify into trust, securities and insurance businesses, which similarly are substantially guaranteed by the government as long as you are big enough. You really do have a licence to print money. You start to hire prestigious people with salaries close to your own because it looks good (especially to your shareholders) to have investment bankers, hedge fund managers, vulture capital experts, currency and commodity traders and other wheeler-dealers on your payroll. Not to mention armies of lawyers, accountants, auditors, advisors and consultants, with huge staffs of menial workers supporting them.

All of this counts as GDP in the myth of Progress. What does it actually produce of value to people? Zero. These are all what David Graeber calls Bullshit Jobs, which he lists, somewhat sarcastically, in five categories:

My experience in the corporate and government world suggests that these five categories are just the tip of the iceberg, and that most “senior executive” jobs are also Bullshit Jobs created by the self-serving rich to justify their mostly arbitrary, misinformed and utterly unproductive “executive decision-making” activity. A huge proportion of menial low-paying jobs have not been eliminated solely because employers and governments intuitively understand the need to keep the Working class — the Precariat-become-Unnecessariat — distracted and in thrall to the economic system. The bloated and utterly dysfunctional health care and education “industries”, which are among the largest providers of Work in our society, are hence needed to support the physical and mental malaise the entire system creates, and to baby-sit the children whose struggling nuclear parent(s) can’t look after and teach them because they have to Work. And don’t even get me started on the even more useless security and incarceration “industries”.

It would be nice to believe that this pandemic would give us the chance to rethink our myths, once we start to discover that most of the Work we’ve had to stop doing to socially distance ourselves really wasn’t economically or socially necessary in the first place. But we won’t, of course, rethink any of this. We’re too busy planning how to get everyone back to Work before the “economy falls apart” and another Great Depression sets in.

But we can dream. What if we could take this not-so-golden opportunity to eliminate all the Bullshit Jobs? Here’s what I think would have to happen:

This is, of course, just a dream. Human systems, and human beliefs, don’t and won’t change just because there’s almost certainly a much better way of doing things. But in these crazy times it’s sometimes useful to imagine how things might be, just to keep everything in perspective.

My thoughts are with all those struggling especially hard in this extraordinary time. We’re all doing our best (even the bankers, lawyers and politicians); the only thing we can do.

2 Responses to We Make Zero