A Theory of No-Mind 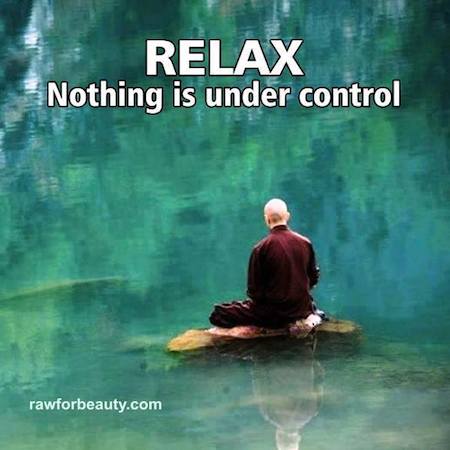 Biologists and cognitive “scientists” have developed something called a Theory of Mind which posits that humans are possibly unique in having evolved the capacity to conceive of the existence of separate ‘selves’, our own and others’, with unique and divergent beliefs, ideas and perspectives, and behave in accordance with that belief. Given the evidence that this capacity apparently exists in ravens and other creatures with relatively large brains (thanks to Natalie Shell for this link), and the compelling arguments of non-dualists that there is in fact no separate self, one might conclude that such a capacity, rather than being a sign of intelligence, is a sign of delusion and disease, and that all creatures trapped in this delusion might deserve our pity rather than our respect.

This has led me to start to develop a Theory of No-Mind, which holds, ultimately, that everything our culture believes (and legislates) based on the idea of human responsibility, will, control and morality is essentially self-defeating and abusive — the equivalent of chastising a pet for the pet “owner’s” inability to convey clearly the behaviour the “owner” is trying to coerce from the poor beleaguered creature.

If the idea of mass delusion seems far-fetched — if it seems improbable that the vast majority of humans would come to believe something that is patently false — one need only glance back to the many, many atrocities of the past century, carried out with the complicity of millions or billions of humans. We humans seem to like our delusions — that climate change is a myth, that unregulated ‘free’ markets act in the best interests of the majority, that economic growth can continue forever, that humanity is the crown of creation, that most animals we eat live comfortable unstressful lives, that the current global civilization culture is the healthiest and most democratic and humanitarian ever, etc.

This is, of course, only a theory. The value of any theory is its capacity to usefully represent reality. Non-dualists are not the only ones arguing that such a theory conforms to an informed appreciation of what we now know and can discover empirically. Many scientists now believe that time, past and future are merely mental constructs not in accordance with any observable reality. Gaia Theory argues compellingly that our sense of disconnection from all life on Earth is illusory and dangerous. Triple Helix author and scientist Richard Lewontin explains why any attempt to understand cells, organisms and environments as ‘separate’ phenomena is deluded and self-defeating. Cohen and Stewart in Figments of Reality argue persuasively that the brain evolved as a feature-detection system and not as a control ‘centre’ and that the mind is a (possibly exaptive) process that produces ‘figments’ (simplified representations i.e. models) of reality.

The most obvious objection to this theory is that it is not ‘actionable’ — that it excuses inaction by denying ‘individual’ free will and responsibility. Surely, critics might say, awareness of the true nature of reality and knowledge of the tragic nature and ‘volition’ of our mind-self enables and requires us to be even more active in curtailing the excesses and misbehaviour of our collective ‘selves’ (i.e. our ‘culture’). We should, they could argue, work to help others achieve the same awakening we have realized until we are all awakened (as Eckhart Tolle seems to advocate in his optimistic book A New Earth). And, they might argue, at least we can, from an informed perspective, work to stem, reform or even reverse some of the worst manifestations of humans’ self-deluded minds — the Tar Sands and other accelerators of climate change, factory farms, our destructive penal, health and education systems and institutions etc.

What this criticism misses is that massively complex systems like our industrial economy and industrial agriculture self-perpetuate — in their own way they have successfully ‘evolved’ to survive attempts to undermine and defeat them. And belief that we can somehow achieve a change of consciousness on some kind of large scale on a rapid timetable overlooks the reality of how systems (including cultures like our global civilization culture) actually change — slowly, and mostly after a die-off (disaster, generational, or extinction event).

A more pragmatic strategy, then, would probably be at the micro-level, modelling this awareness, wherever we are along the path to its realization and internalization, for others, using it to inform what we do and don’t do, beyond the knee-jerk reactions of the mind-self. My sense, at least for now, is that the belief we can mobilize or innovate large-scale change is the mind’s hubris, though I know this is contentious and debatable and at this stage only an intuition.

17 Responses to A Theory of No-Mind