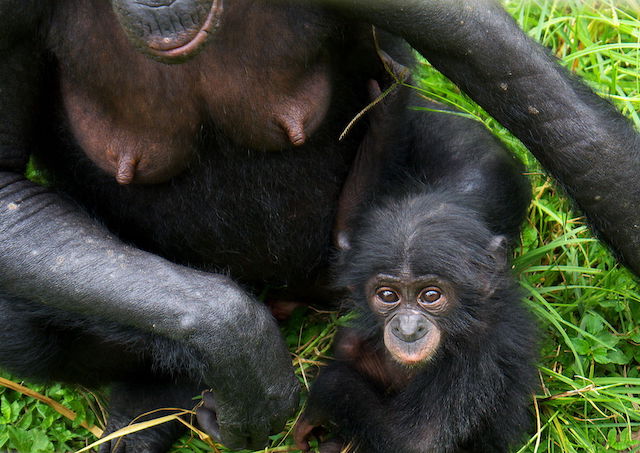 I. Is human destructiveness a consequence of the evolution of the self?

I have spent much of my life arguing that humans are not significantly different from any other living creature, and thus deserve no special consideration. And to some extent I still think this is true: genetically, biologically, our species is not exceptional, and certainly isn’t the culmination of anything evolutionarily extraordinary. Genetically we are more similar to the potato than many species of bacteria are to each other. We are an enormously ‘successful’ species, if you define that as ecosystem domination, global spread, or biomass, but no more so than other unexceptional species like dinosaurs, rats, jellyfish or bacteria.

Because we are unexceptional, I will not mourn the demise of our species over the coming decades. I don’t think humans will become completely extinct, though without the abundance of accessible, cheap energy needed to power civilization cultures, the remnants of our species will probably play a very marginal and unimportant role in post-civilization evolution on this planet. And even if humans disappear altogether, dying out, like the dinosaurs, not with a bang but a centuries-long whimper, I don’t think that would be anything to mourn about either. Life on earth will continue to evolve and thrive without us, until inevitable cosmic changes render this place unfit for life of any kind. Our universe is so vast that it is inconceivable that there won’t be still an unfathomable number of astonishing things unfolding in it long after our little blue planet, sooner or later, goes molten or gets sucked into an expanding, dying sun.

But I think I was wrong in saying there is nothing unique about the human species. We are not biologically unique, and in a real sense the species is not unique in any sense. What is unique is the affliction that our species appears to have succumbed to, due to what would appear to be an evolutionary accident, and a terrible mistake. That affliction is the illusion of separateness, of there being a self residing in the body of each human, that has agency, free will, responsibility and control over the body and its actions. The self — ‘you’ and ‘me’ — is a persuasive and enduring illusion, but astrophysics, quantum theory and neuroscience are converging on an appreciation that it is no more than that.

Even the body is not real, any more than anything is real in space and time. Ultimately, there is only everything, the appearance of what is happening. Nothing ‘really’ separate or apart. Ever.

So if the seemingly real self is merely a useful illusion, and everything (including space and time) that it conceives of as real is in truth only a meaningless appearance, to whom exactly are these conceptions of reality useful?

Self-invented languages aren’t helpful in answering this question. Maddeningly, recursively, it would seem the self and its imagined reality only seem useful to the self. Selves have no effect on the apparent behaviours and actions of the body, though they appear to, to the self. Each moment, the body (apparently) does the only thing it could possibly have done, given its conditioning and the immediate circumstances it faces. Our brains then rationalize, after the fact, what the body apparently does as somehow being the result of actions or decisions of our selves. In fact, our selves have nothing to do with it.

The affliction IS us. Human beings, bodies, aren’t really afflicted by our selves — what those bodies do is not affected at all by what our selves think, feel or decide. Our selves are afflicted with themselves. And that is what makes ‘us’ unique. Not the human species — it isn’t unique at all. What is unique — perversely, recursively, damnably — is our selves.

There is an obvious, and rather compelling, temptation to therefore blame our selves, and not our species, for the sixth great extinction, wars, violence, climate change and all the other apparent ills that have been unfolding since the fateful beginning of human civilization. Surely, if humans hadn’t been afflicted with selves, we would still be living simple, uncivilized lives in balance with nature as even our closest evolutionary cousins, the chimps and bonobos do?

Alas, this argument is too easy, and impossibly wrong. Our selves are illusory, and the affliction has no impact on human creatures’ behaviour. So we can’t hold our selves to blame for anything. Though as the illusory self is an embodied, psychosomatic (mind + body) misunderstanding, it may be that the self can incidentally (not purposefully) produce apparent ailments (neuroses, trauma, stress-related diseases) in the apparent body, which might in turn, one could argue, lead to dysfunctional behaviours.

But even that line of argument is weak. There is nothing separate, and no time or space, so there is no causality either, no association between one thing apparently happening and another. It is the self that insists on there being a causal connection. Chemical imbalances and traumas (physical and emotional) apparently happen, and there seems a connection between them and ‘subsequent’ (remember, there is no time) suffering and behaviours, but that is just the brain’s patterning and the self’s rationalization. Everything that apparently happens is just an appearance; it’s not real (but not unreal, not an invention, either). The self, however, has to belief there’s a reason, a connection, cause and effect. That’s how it makes sense. When something doesn’t make sense, that’s assumed to be because the reason, the connection, isn’t known yet, but will be sooner or later.

The answer to this is complicated and probably unsatisfying (at least to the self). Because there is no separation, and no time, and since nothing is ‘real’ (the way the self understands that term), only appearance, there is actually no evolution either. Evolution is just a story made up by selves to make sense of what is apparently happening. Any question that is founded on an ‘if…then’ supposition implies that causality is real, and it is not. That we see our selves as moving through space and time, and see things as evolving over time, is just part of the self’s story, which is just a baseless mental construct (as incredibly and sometimes terrifyingly real as it seems to be to the self).

So the answer to the question of whether the evolution of large brains and/or selves led to humans’ ruination of our planet is moot: there was and is no evolution; there is no time over which anything can evolve or cause anything else.

While all of this is a new and daunting realization on the frontiers of physics, quantum science, neuroscience and philosophy, it is accepted, more or less, by many eastern religions and spiritual disciplines. The terms are different, since none of this can really be described in language, but the essence of the message — empty fullness, no-self, not-two, the whole idea that everything is one, inseparable, nothing appearing as everything — is present in messages from some forms of secular Buddhism to the ‘teachings’ of Adyashanti and Eckhart Tolle and the ‘insights’ of shamans, some of them on psychoactive drugs. Though couched in different ways, this is essentially the same as the ‘radical non-duality’ message I’ve written about extensively on this blog. This message says that while (the appearance of) anything is possible, suffering is a maladaptation, a psychosomatic misunderstanding that the self somehow owns and is responsible for the thoughts and feelings and pain that just arise.

It would seem implausible that so many different scientific, philosophical,  mystical and spiritual explorations are coming to the same conclusion about the nature of reality, from very different starting points, if there weren’t some validity to it.

II. Is human destructiveness a consequence of self-domestication?

Wolfi Landstreicher, in a quote I have used often on this blog, says that this way of being is unnatural and abhorrent:

John and Wolfi, interestingly, both equate civilization with (self-)domestication. Although causality may be just an appearance, they both make a compelling case for self-domestication being what has (apparently) led to our disconnection from, and subsequent (apparent) destruction of, the natural world.

No. As in the first argument, something illusory cannot ‘do’ anything. Not ‘really’. An appearance can appear to lead to or cause another appearance (when it comes to appearances, anything is possible). But the self is not an appearance; it is an illusion. It can’t ‘do’ anything, even apparently, because it does not exist, period. When the illusion of the self drops away, it is realized (by no one) that it never was, and that all there is is everything, all that appears. So the self, being non-existent, can’t be blamed for anything.

So, to bottom-line all of this preposterous, wild, convoluted, radical thinking:

All of which is, of course, outrageous. There is no one. Nothing matters. Nothing is real. No one is to blame. All there is is everything, a wondrous profusion of appearances. And nothing can or need be done.

And, it seems to me, against all logic, true.

2 Responses to The Rogue Primate