The Only One Who Really Knew Me At All 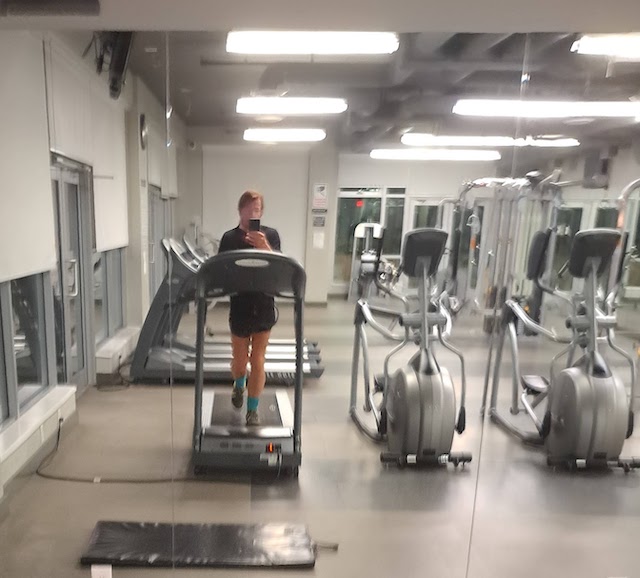 How can you just walk away from me, when all I can do is watch you leave?
‘Cos we’ve shared the laughter and the pain and even shared the tears.
You’re the only one who really knew me at all.
So take a look at me now, there’s just an empty space,
And there’s nothin’ left here to remind me, just the memory of your face.
— Phil Collins

I’m a sucker for romantic comedies and sad songs. I’ve tried to explore why, and there’s a litany of theories on the subject, but they’re mostly psychobabble — unsupported theories and speculations that simply don’t hold up to serious scrutiny.

Aristotle argued that such artistic works provide us with catharsis — a release for our repressed emotions, suggesting that those who repress their emotions the most will be most vulnerable to having a powerful emotional response to such works. I guess that would be me.

A similar theory by Ai Kawakami proposes that vehicles like these can provide a safe place to feel emotions vicariously, “free from the essential unpleasantness of their genuine counterparts”. They can serve as “emotional gyms” that give us a safe, controlled space in which we can explore simulated sadness.

All of this presupposes that many of us need an outlet to feel deep emotions that we’re afraid to ‘really’ feel unless there is a safe container to protect us when we do. After all, there is so much drama in the world already, why go to see a movie where some additional, entirely-made-up drama is being enacted, when one can instead laugh and cry at the characters in a much simpler, safer world?

And isn’t it better to release one’s feelings of sadness and grief through a cathartic short song that relates a moving but fictional story about someone at arms’ length, than to let those feelings explode uncontrolled into a world of unrelenting stress and suffering where that sadness and grief might prove just too overwhelming and lead to a breakdown, or to someone’s undoing? I have lived much of my life repressing my emotions, and much of my life in a state of dark depression when I felt utterly out of control of myself. So maybe this theory makes some sense.

Another theory makes more sense to me, however, especially as a non-believer in free will. That theory is that it’s all chemistry. My putting on sad music when I’m in a quiet, contemplative mood at night, is no more ‘my’ doing, ‘my’ decision, than what I cooked for dinner tonight. My kale slaw salad and veggie curry was hence followed by songs like: Rainbow Connection, Mad World, I Can’t Make You Love Me, Things We Never Said, and the Phil Collins song linked at the top of this article.

Just as ‘I’ have actually never written any words or music (though this body’s predilections and conditioning seem to have led to some writing happening), ‘I’ have never chosen what films to like or what music to love. My body, and not the character who presumes to inhabit it, knew what ‘food’ it needed for its ‘nutrition’, and so it cooked it, and then played it on this laptop while ‘I’ stood in front of the window, watching the moon, and crying.

Chemicals flowed as I ate, and listened, and cried. Those chemicals, not ‘me’, dictated the ‘menus’, and which emotions emerged and were recognized and expressed. ‘I’ was merely a bystander, trying to make sense of it all.

After all, this ‘me’ has no time for light, fluffy films any more than he has time for similarly vapid pop songs. He has, rather, a passion for inspired, creative, insightful, complex writing. Yet rather than intellectually and emotionally challenging high-energy films, his list of favourite films is full of movies whose plots are rather predictable and often saccharine, such as: Benny & Joon; French Kiss; Say Anything; Mystic Pizza; Mr Wonderful; Untamed Heart; Bed of Roses; The Princess Bride; and Tootsie.

They all made me cry, and, unlike more “serious” films, they did not leave me, after the initial rush, feeling manipulated.

Does my infatuation with these songs, and these films, indicate that am I looking to lose myself (lose my self?) in a safe-to-feel world? What these films and songs seem to have in common is that they express longing. Longing for what? For simplicity, perhaps, or control. For a world that makes more sense and is more emotionally honest and courageous than the one I seem to live in. These films reach through the fear of feeling and let me feel things I am afraid to feel otherwise, things I’ve only otherwise ever felt strong enough to feel when I’ve been in love — when the chemicals just overpowered the fear.

This may be unique to me, as I’ve always been driven by fear, always longing for a gentler world without the cruelty and violence that seems to require a callous inuring to pain, suffering and sorrow. The world shouldn’t be this hard, my instincts keep shouting to me.

The world that I still recall, vaguely, from my early childhood wasn’t free of conflict, but any conflict was fleeting, manageable, and quickly forgotten. We were all on the same side, I felt, back then, so everything was forgivable, transient. And then I ‘grew up’ to believe that conflict is pervasive and chronic and rarely forgiven.

I have had flashbacks of this sense of everything being OK, forgivable, of no enduring consequence, during the glimpses that have arisen throughout my life, when there was no ‘me’, only the wonder of nothing and everything just appearing, seemingly rising and falling away, without purpose or meaning. A gentle wonder. Without a ‘me’ there was no need for safety, no ‘one’ who needed to be kept safe.

Why is it important to feel known and understood, to feel a deep sense of connection with another human, when no one can ever know another person, not really, and the person we think and feel we love is actually just who we imagine, and want, that other person to be? Everybody wants their person, it seems, though that person is a self-constructed fiction. Is this yearning and need for love, rather than being simple loneliness, actually just a longing for what was somehow lost in early childhood when our self and our sense of separateness emerged?

The “only one who really knew me at all” is a cruel and desperate fiction, a chemical-induced delusion, but to the self, at times, it is all that matters. Without that delusion, there really is “just an empty space”.

So, trying to draw this together: This character, with no free will, just trying to do its best, strictly as a result of its conditioning and the chemicals flowing through this body, is eating certain things and not others, watching certain films and listening to certain songs and not others, caring about certain people and not others. And then, on top of all this, there’s this totally superfluous ‘me’, this self, presuming to be in control of all this and making these decisions, trying to make sense of decisions that simply make no sense, except at a very basic animal level: the things that are done, and not done, are all in the interest of maximizing pleasure and minimizing pain.

So here I am. These tears through which I watch the mad profusion of lights through the window, as I listen to these sad songs, are tears of joy, of pleasure, not of pain. Oh, to be able to feel sadness, and joy, safely! Just for a few moments, it’s almost as if there was no needy ‘me’ anymore.

As if all that was left was an empty space, full of nothing, and everything.

A footnote on the song linked at the top of this post: Phil Collins has a reputation for writing formulaic pop, but his music is actually extraordinarily complex. There is an interesting story behind this particular song: It wasn’t actually written for the (rather dreadful) movie it is named after. He says he actually wrote it years earlier, in an outpouring of emotion over the enormous sense of loss and emptiness he felt as a result of the ending of his first marriage.

The photo is a selfie taken the other day, of this body, doing what it seems driven to do, though it would never be ‘my’ choice.