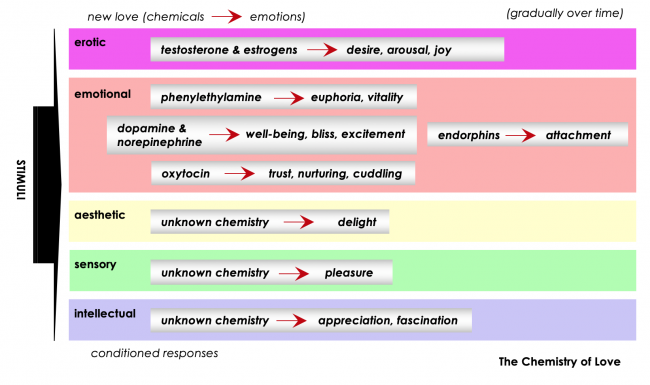 Maybe I’ve never really loved. I guess that is the truth —
I’ve spent my whole life in clouds at icy altitudes
— Joni Mitchell

It’s been a while since I’ve written about love.

I enjoyed Laura Kipnis’ book Against Love, but as I wrote back then, the author was not so much opposed to the emotion of love as she was to the entrapments of our cultural rituals around relationships with those we love — producing the corruption and colonization of our feelings to the point it often emerges as just another form of oppression — another job, a means of keeping us in line.

Since I’ve come to appreciate the message of radical non-duality, which asserts there is no self or separation, I’ve been intrigued by the number of questions this message seems to raise about the subject of love. If there is no ‘one’, no ‘you’ then what’s love all about? Is it just another part of the illusion of selfhood and other-hood, a chemical con by nature to keep us together when otherwise we’d have no inclination to do so?

Radical non-duality claims that ‘personal’ love, with its expectations, judgements, obsessiveness and neediness, is in fact illusory, really almost a kind of mental illness, but it distinguishes such love from ‘unconditional’ love, which is the essence of everything being perfect exactly as it already is, the only way it can possibly be. Unconditional love is not euphoric, not a state at all, but rather an unconscious, appreciative acceptance — a quiet and always/everywhere ‘wow’ when this is seen as it really is. It is a seeing, or being, not a condition, feeling or emotion.

Personal love, on the other hand, is, when you look at it dispassionately, really mostly a compulsion. If you believe, as I do, that we don’t have free will, it’s not as if there is any personal choice in the matter. We are creatures of conditioned response. When a stimulus occurs, it provokes in us a variety of responses — physical, emotional, aesthetic, sensual, and intellectual — and the ‘feelings’ we have flow directly from that chemistry. As the chart above illustrates, ‘we’ really have no say in it. And we don’t really understand it at all.

That’s not to suggest that we are completely stupid when it comes to love (though I know some people who seem to be just that). As my granddaughter once told me, we can’t choose who we love, but we seem to have some say over who we do not love, despite a chemical pull. Our conditioning may have ‘taught’ us that some people to whom we seem strongly attracted, but who exhibit certain traits, tend to turn out to be manipulative, narcissistic and/or hurtful, and are best avoided from the outset.

In my own case, I’ve found that my relationships with women who are physically attractive but not very bright, perceptive or curious, tend to turn out to be disastrous. Even a slow learner and a fool at heart, like me, eventually figures out not to get involved with them, for everyone’s sake.

For humans, with our illusory sense of self, separateness, and control, love can be excruciating and misery-making in a way I don’t think it is for other creatures. That’s because, when we fall in love, we insist on creating a story about it. That story, not being the thing itself, is inherently a fiction, and the more we believe in the story and lose track of the thing itself, which is just a lovely chemical ride, the more hurt inevitably results.

We cannot hope to know another person, who they really are, what they really think and feel, how the chemistry that is bowling us over in the moment of first love, or playing itself out during love’s final disentanglement, is actually affecting this other person. But we insist on creating and believing (oh, how we want to believe!) the story we have made up about this love, and about us, singularly plural.

Enough theory, though. When it comes to love, we can only really tell the story of our own lovely, sordid experiences. As someone whose life’s course has been dictated largely by my fears, I am both a coward and a fool when it comes to love. A coward in that I’m afraid to love, and even more afraid to be loved (with the terrifying commensurate feelings of responsibility, obligation, vulnerability and risk). Afraid to love because I’m afraid of being hurt, of suffering, and of inflicting hurt and suffering on others. Afraid to be loved because my feelings seem to be fickle, and I don’t ever want to be the one to acknowledge, shamefully, that they’ve diminished or they never really were what I thought they were.

And I’m afraid, perhaps most of all, of letting people I care about, or at least cared about, down. For reasons I can only speculate on (mostly also fear-related), I am rather pathetically insensitive and inattentive, and only recently have I started to start to learn about self-awareness. So I can be hard on those I love and who love me, and the fact we both know it’s not intentional doesn’t help a bit.

And I’m a fool for love because I fall in love too often and too easily, even recklessly, or at least I used to until a very few years ago. Being lost in love has been in past like a sudden liberation from my fears, my hesitancy, my lack of courage. I was suddenly alive, full on, fearless. But of course that was the chemicals talking. Soon enough, the euphoria had ebbed, the fearful me was back, now additionally terrified by the threat of loss or diminishment of this new, fragile love, with the new demons of doubt, insecurity, envy and jealousy weighing in. And the ever-present fear of letting my newly loved one down.

Better to stay, like Joni, up at those icy altitudes. Idealistic, imaginative love, preferably with someone you have no hope of actually meeting, is so much safer, easier (both to conjure up and to extract yourself from when the feelings end). This is where having an exceptional imagination can really be a double-edged sword. Having invented love stories, and fallen in love with them and their creations, when I actually fell in love with real women, there was often no hope for me or them. How could we ever measure up? Of course, that did not stop me.

Through no credit of my own, I’ve mostly been really lucky when it comes to love. It was generally reciprocated when the relationship had real potential, and not when it had none. Every break-up (not that there have been many for me, coward that I am in getting into relationships in the first place) has been for the best. I’m especially fortunate because the combination of idealism and imagination that infuses my feelings for someone in the early days of falling in love, can make navigating relationships, and their missteps and expectations, particularly perilous.

The thing about love, though, is most of the time you never really get over it. There is always the wondering about what might have been. And sometimes that desperate love — for the fiction of what never really was — becomes more real than what was truly there, lost in the story, the impossible dream.

The other day I was walking past the neighbourhood pop-up park, which has a sand volleyball pitch, hammocks and table tennis tables. There was an impromptu co-ed sand volleyball game in progress, and the players were very good. It was a gorgeous day, and one of the women players immediately caught my eye. She was positively glowing, electric, making astonishing moves to keep the ball in play. Pretty, self-confident, completely aware and focused. I could immediately feel those old feelings rising, the start of a wonderful and improbable story.

But now, for better or worse, I’m not so much a fool for love. I can feel it coming, and I just smile and acknowledge it and its absurdity and impossibility and inescapability and (often) total inappropriateness, and let it go. Even in situations where there has been a reasonable probability of love of some kind blooming with someone new, I am inclined, now, not to encourage it, to leave it for someone else, someone who needs it, someone better suited to its vagaries and disappointments.

Still, there may be another story in such encounters — a more appropriate channel for my mind’s fictions. That story will probably show up in these pages, and will likely have a happier ending with me as its author, rather than if I had been one of the hapless characters playing it out.

These days, I’m content to love a very few, very different women, in my own peculiar (still cautious, fearful) way. They apparently love me in return, in their own unique and very different ways as well. They are exceptionally intelligent, way smarter than I could ever hope to be, which certainly helps. They have taught me so much, and I am so grateful and honoured to know them and to have them in my life. I keep my personal relationships private, for a bunch of good reasons, but aspects of them also turn up in my fiction from time to time.

Scary as it may be, I have no choice but to love them. Fortunately.

2 Responses to Afraid to Love