No Choice But to Misbehave 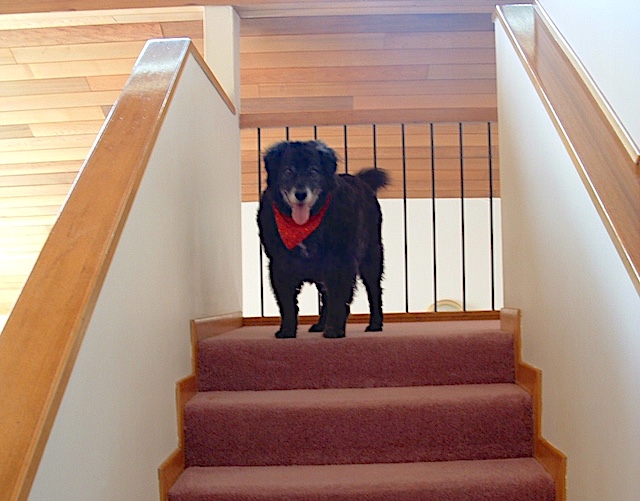 In my now decades-long exploration of what it means to be human, some things now seem quite clear to me, while others continue to puzzle me. Some of the things that are clear, though I once thought them preposterous:

The things that continue to puzzle me fall out of the above — no manner of sense-making seems able to even come up with a credible model or theory about them, and they don’t seem to ‘fit’ with the assertions above:

Some interesting possible answers to these questions emerged from a book published four years ago ostensibly about the training of dogs and other non-human creatures, Melissa Holbrook Pierson’s The Secret History of Kindness. Melissa previously wrote (along with books about women’s innate love of horses, and motorcycles) the exquisite The Place You Love Is Gone, a searing treatise about how “we have become a generation weighed down by a sadness we don’t know we feel”.

In The Secret History of Kindness, this brilliant woman once again pursues and grasps truths far profounder than the titular subject of her book, and disarms you with them. Her latest book is actually (or additionally) a rigorous revisiting of behaviourism, the radical theory that in the 1960s so overwhelmed the social sciences that whole branches of universities were bent, perversely, to the advancement of an utter distortion of what BF Skinner was actually saying, and thence to such a violent reaction to the (misunderstood and misrepresented) theory, especially by Noam Chomsky and his followers but also by libertarians, compatibilists and conservatives, that the resulting hatchet job and character assassination essentially ruined Skinner’s life and career and rendered all of his work anathema for decades. I remember a group of us in university playfully “shunning” people who dared to want to even talk about his “reductionist Pavlovian theory”.

The fundamental principles of behaviourism, as BF Skinner explained them, and as they apply to all creatures including humans, are:

This theory, which might be possibly the theory most thoroughly corroborated by overwhelming scientific evidence in history, led Skinner to the “certainty” that a better world is possible by awareness of, and use of, solely positive reinforcement, through bottom-up redesign of our entire culture and all its institutions. Walden Two was its envisioning.

More recent research, by scientists such as Robert Sapolsky, has added credence to Skinner’s arguments by explaining the role of dopamine as a driver of human behaviour. There is now compelling evidence that dopamine release, dopamine addiction, and aversion to dopamine suppression, drive almost all behaviours, and that positive reinforcement (and even the anticipation of reward it stirs in us) produces far more dopamine to the reinforced (though not, sadly, to the reinforcer) than coercion (negative reinforcement or punishment). Positive reinforcement, rigorously and skillfully applied (which means the reinforcer must be aware of and set aside their biases and judgements and really work at learning it — no small feat) simply works, brilliantly, in almost every conceivable situation.

Sounds good, if terribly idealistic. But perhaps you caught the fly in the ointment in the above description. It’s the same dilemma, the same problem, that underlies the complete failure of cognitive therapies (beyond a temporary placebo effect) despite our desperate wish to believe they work. Just as we can’t “wilfully” cure our addiction to dopamine and the often-horrific behaviours it leads us to, through mind-over-matter techniques, we can’t create a new positive-reinforcement society from the ground up, because we have no free will to do either. Everything we do is dopamine-driven, based on experiences that have, through positive reinforcement or coercion, dictated our entirely ‘unconscious’ behaviour since we were born. There is no ‘us’ somehow apart from these evolutionarily conditioned animal bodies, to intervene to do things differently.

So those inclined to try positive reinforcement to train their dogs were already inclined to do so when the opportunity arose, based on how they had been conditioned before. Those who still (like the cruel “dog-whisperer” Cesar Millan and his zealots) negatively reinforce and savagely punish their bewildered, ground-down dogs into terrified “obedience”, and who furiously ridicule and refuse to contemplate better methods (what horrific dopamine-suppressing shame such an acknowledgement would produce in them!), have likewise been conditioned to behave as they do. And they will accept that terrible shame only if the dopamine rush from actually trying this preposterous positive reinforcement method exceeds the ghastly dopamine suppression that accompanies their shame. Don’t hold your breath.

Melissa’s book has much more in it than I have tried to superficially cover here, and it’s really worth a read, whether you’re an animal trainer, a child-rearer, or someone trying to understand how our language — what we say — has absolutely nothing to do with our concomitant behaviour, or want to learn about the horrible problems that arise with even slightly “delayed or premature reinforcement”, or why pets value us precisely for what they represent to us in valued resources:  “This is the basis of my dogs’ storied love for me, their one and only. Only I know the real truth. It is not this Melissa they love. If they bark menacingly at someone who approaches, they are not doing it to ensure my safety. There is but one thought in their minds: do not harm this person, for she is my most valuable possession. My large Swiss army knife, the one with all the extra attachments.”

The upshot of Melissa’s message is, of course, what I have been quietly and reluctantly saying for years: It’s hopeless. We cannot change who we are or what we do — our trajectory has been locked in from birth (and even before: our genetics). We can no sooner kidnap all the world’s children, brought up mostly coercively with lives often filled with trauma, abuse and endless instilled fear, and ‘reprogram’ them in coercion-free environments using positive reinforcement, than we can intervene with them before they learn the lie of the free-willed self, personal responsibility and ‘self-consciousness’, and spare them that ghastly, fatal affliction.

We have, all of us, to a greater or lesser extent, thanks to the toxic combination of brains too big for our own good and a ruthless and self-addicting body chemistry, no choice but to misbehave.

The bad news is hence that, as EO Wilson said “Darwin’s dice have rolled badly for Earth”, and that, as Ronald Wright said of how humans may be perceived after we’re gone: “Letting apes run the laboratory was fun for a while but in the end a bad idea”.

The good news is that, and I have to believe this (either because of my conditioning or because the alternative is too awful to bear): Nothing is really happening. It’s all an appearance, for no purpose and with no meaning and no effect. Our sense of everything being anything other than perfect, timeless, already everything the only way it can appear, is horribly misguided, a cosmic psychosomatic misunderstanding, a cruel and tragic and unintended joke. We are like dogs in the stands of a theatre, barking anxiously at the seemingly egregious and inexplicable unkindnesses being acted out on stage. We have no choice but to misbehave because there is no us, no choice, and no misbehaviour.

Not helpful, I know, but there it is.

PS: It’s interesting to think about all this in the context of the seemingly endless grey cloud of anxiety over COVID-19 that has enveloped the world these past few months. Given our dopamine-conditioned passion for what we think of as ‘freedom’, was there any real doubt that we would refuse to surrender it (to untrusted, erratic, coercive governments) when told it was for the greater good? A recent study reveals (no surprise) that long-term exposure to stress and adversity alters our dopamine chemistry and lowers our resilience in the face of short-term stressors (like the virus and its uncertain trajectory). The constant bad news of the anxiety scroll (horizontal on TVs, vertical on laptops) cannot help but shrink our dopamine receptors like cold water on genitals. Melissa writes:

A rat who is working for food suddenly hears a warning signal followed by a shock he can do nothing to avoid. After it stops, he goes back to working for food. But soon, even the sound of the signal is enough to stop him from seeking reward. Even though he could continue painlessly during this interval to obtain food, he seems crushed by the anticipation and now “crouches tensely, trembling, defecating, urinating, hair standing on end.” The animal is, in scientific terms, scared shitless. He can do nothing to control his fate, and that is untenable.

photo above is of Chelsea, who patiently taught me in her all-too-short time with me far more than I could ever learn online or from books

6 Responses to No Choice But to Misbehave