Understanding Conservatives: How Morality Emerges and Evolves in Community 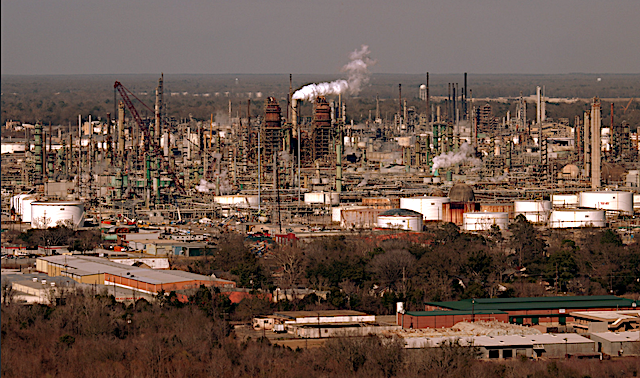 A few years later, after spending some time with Joe Bageant, author of Deer Hunting With Jesus, I began to appreciate the role fear plays in the beliefs and emotions of conservatives, and also how largely-implicit issues of class (what class you feel you are in and how it colours your perception of your own situation, and your attitudes towards what you perceive as other classes) play into the conservative worldview. Joe saw much of politics as being an endless class war unvoiced as such, and deliberately obscured by other (more divisive and emotionally charged) issues. Joe also told me that most of his rural Virginia family and neighbours had never met a Democratic Party candidate.

A few years later I read Isabel Wilkerson’s book Caste, which positioned this class war in a larger and more global and historical context.

At my friend John Whiting’s suggestion, I have just read Arlie Russell Hochschild’s book Strangers in Their Own Land: Anger and Mourning on the American Right. Its revelations are consistent with those of the other three books, but the very detailed stories Arlie relates about Louisianans in the poorest, most incarcerated, and most polluted corner of the US, allow the reader to draw conclusions that are strikingly different from those of the other three books, and even, in my case, different from Arlie’s own assessments.

What was most remarkable to me while reading it, was how startlingly similar the feelings of the conservatives she interviewed are to the feelings of progressives, only seen through a very different historical, cultural, and perceptual lens. The negative feelings in both cases are an amalgam of fear, anger over ‘unfairness’, and often-suppressed shame, guilt, and grief. The positive feelings in both cases are a mix of hope, faith, and a passion to create a better world for future generations.

And while progressives are angry at racism, misogyny, and loss of cherished freedoms like the right to abortion and the right to a ‘fair’ vote, conservatives are angry, after generations of poverty, neglect, and suffering, that their opaque, progressive-sensibility federal government is using ‘their’ tax dollars to pay subsidies that let women, immigrants, refugees and ‘minorities’ (the historically ‘lower castes’) “cut in line” ahead of them in their generations-long pursuit of the American Dream. Even “endangered species” are seen to be cutting in line, thanks to the hated EPA.

On the issue of caste, Arlie writes:

In the undeclared class war, expressed through the weary, aggravating, and ultimately enraging wait for the American Dream, those I came to know developed a visceral hate for the ally of the “enemy” cutters in line — the federal government. They hated other people for needing it. They rejected their own need of it—even to help clean up the pollution in their backyard.

Interestingly, it appears both ‘sides’ believe in the myth of progress (and in the virtue of hard work), while believing the other ‘side’ seemingly does not.

A key point in the book is that most conservatives (and I think the same could be said of many progressives) have managed to simply dismiss, and not talk about, problems and issues they see as largely unsolvable. This can be either through outright denial of the problem, or just a tacit blocking of ideas and concerns that simply don’t fit with their way of seeing the world. So in Louisiana, they talk about immigration (which they think can be ‘fixed’ by eg building a wall), but not about racism or climate change (which they don’t see a fix for).

The Louisianans interviewed have had their gorgeous natural environment despoiled, poisoned and destroyed, mostly by oil and chemical corporations that have been explicitly abetted by lax and corrupt local and state governments and by agencies like the Army Corps of Engineers, in the interest of attracting “jobs”. Thanks to thousands of spills, explosions (like the BP Deepwater Horizon disaster), fracking accidents and earthquakes, deliberate “legal” and illegal emissions of toxic wastes into waterways, and mis-regulated underground storage of wastes and dangerous chemicals, the state has lost many times more permanent jobs (largely fishers’, farmers’, tourism and recreation jobs) than the toxic industries produced. Still, the locals see the corporations as fall guys rather than mega-polluters — they believe these organizations don’t want these disruptive and reputation-damaging events to happen, and isn’t that what regulators are supposed to be preventing?

So, they are inclined to blame the ‘bloated’ federal government for their ills, rather than corporations that are just doing what they can to make a profit, and at least bringing in some jobs while government regulators like the EPA are perceived to kill jobs and suck money out of the local economy to pay for Washington civil servants, welfare, and immigration. The fact these impressions are incorrect is beside the point — the ubiquitous belief they are true predates Fox News by decades. On average, they believe about 40% of the US workforce is employed by the federal government (the actual percentage is 1.9%).

The book suggests that, while the church, and right-wing media, play a disproportionally-large role in these people’s lives, the morality that underlies their fierce and unchallenged beliefs is mostly peer/community/historically-based, and shared by those who do not attend church or pay attention to any media. Most believe, for example, that the EPA, health and social services, education, energy, ‘interior’ and other departments are huge, incompetent and corrupt and should simply be abolished. Most believe that local, community-based self-help social service organizations (many of them operated by the church) are more effective than “public” ones run by state or federal government “bureaucrats”. I know a lot of progressives who believe the same thing.

The churches and media are reflecting the beliefs of their communities, in other words, more than influencing them. Arlie found that the most hyperbolic “talking points” of the right-wing media were rarely parroted by the local citizens. They didn’t need Fox News to tell them what to believe, though they found it reassuring that, compared to all the “liberal media”, the right-wing media at least sympathized with what they felt and believed. They have always (for a century at least) believed that accepting welfare is kinda shameful, and that abortion and homosexuality are simply wrong. If the polls suggest a tilt one way or another, that’s probably because those who felt their beliefs were out of touch with what the pollsters expected or believed, simply declined to participate in the poll.

And an astonishing 41% of all Americans believe the Rapture will come by 2050. So if God is soon going to magically fix everything that humans could not, why worry about climate change?

This lens of community-based and community-embedded morality, in the words of the reviewer of the book linked below, “provides a necessary way of navigating prosaic everyday dilemmas, hardships and injuries. It makes sense of the world for them.” We progressives talk a lot about the importance of community and community-building, but for many conservatives, especially those outside the cities, they are already living in dynamic, valuable communities — communities that, they think and feel, used to work well, but have ceased to do so since the “liberals” took over the country.

I think it is their/our isolation from each other that largely precludes both sides from understanding each other. It is hard to hate someone who walks in your shoes every day, but it is really hard to care about someone you’ve never met and have no context for understanding.

After reading the book, I’m going to try to be more cautious about labelling those who believe morality is more important than democracy as being “Republican Christian Fascists”, as I now appreciate that the group that believes this is much more nuanced than that label recognizes. The idea that corporations are “honest scoundrels” who deliver some good, while governments are well-intentioned but dishonest (even to themselves) scoundrels who deliver much less good, is a fascinating one.

Perhaps the Trumpists (and the Brexiters) are able to see the growing dysfunction of government as an economic actor at every level, and are ready to contemplate living without it, while we naive and idealistic progressives still believe that it’s the best answer. (Of course, the Trumpists are naive about corporate rule of the economy, and about limiting government regulation to moral issues, being in any way more functional.)

My main take-away from the book is that each human community’s particular morality is an emergent phenomenon, not something that is readily taught or easy to inculcate in anyone not readily disposed to accept it. And we make our decisions more on the basis of what we feel than what we rationally think is true — so our morality easily trumps our belief in democracy when the two seem to be inexorably at odds. Conservatives don’t care that much about whether their political system is democratic, as long as it’s moral and fair, by their way of thinking.

As more and more anglophone and European nations skew harder and harder right, buoyed by delighted conservatives exploiting non-democratic flaws in our political systems, and feeling their time in power has finally come, how are progressives going to respond? Will we start to reject our dysfunctional so-called democracies as well? And if so, will we use our slight ‘majority’ to replace them with something that is moral and fair, to us? Or will we see a global bifurcation and/or balkanization, where conservative and progressive governments and communities will co-exist autonomously, uneasily, and side-by-side?

If you’re interested in learning more about the book, here’s a link to a detailed review (which draws parallels to what’s happened in the UK with Brexit) and to the book’s final chapter.

3 Responses to Understanding Conservatives: How Morality Emerges and Evolves in Community