All the Things I Was Wrong About 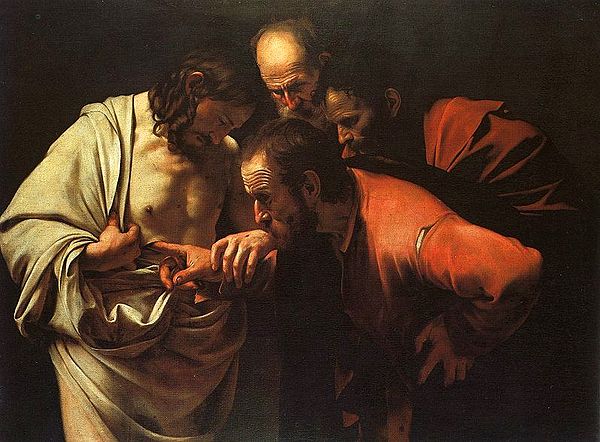 Caravaggio’s 1601 painting The Incredulity of St Thomas, based on the biblical story that gave rise to the expression “Doubting Thomas”. Image from wikipedia, in the public domain.

One of the downsides of keeping a blog is that it leaves a permanent record of all the dumb things the writer once believed. I’ve left all my posts up because sometimes it’s a useful reminder of how much I’ve learned in 18 years.

So here, in all false humility, is a list of things I once believed that I now think are preposterous. Some of them caused needless suffering, to others and to myself. Others were quite absurd, an indication of how carried away we idealists can get by the most precarious of information and well-honed arguments. Still others were just gullible. I wasn’t sure how to rank them so I’m just going to put them out there:

I added the last two somewhat reluctantly. I no longer believe they are true, but my behaviour, including my writing on this blog, clearly demonstrates that some well-entrenched “me” still accepts them, still presumes they are the case.

These are all things I wanted to believe, so it was not that hard for me to do so. Believing them made things easier, made everything that seemed to be happening make more sense, and relieved the cognitive dissonance that any conflicting views I might entertain brought up.

So what has changed so much in the past 18 years that I no longer believe any of these things that I would have once ardently argued for (and often did)?

My conditioning has changed. The people in my life now are very different, fewer in number and less certain about what they believe. The dogma of the educational prison and the corporate workplace with their QAnon-like “fear and obey” message no longer holds power over me like it once did.

I trust my instincts more than I used to, realizing that human intuition has evolved over a million years to integrate knowledge much better than reason and thinking alone can. I am much less swayed by arguments from people in my “progressive” social circles, no matter how articulate or impassioned they may be, when they are unsupported by dispassionate reason, evidence or science. I may still want to believe them, but I find I just can’t, when it entails blaming people for their outrageous actions, when that behaviour will never be fixed through enmity, indoctrination, incarceration, use of power, or argument (or, sadly, any other type of “fix”.) Things are the way they are for a reason, and it is no one’s “fault”.

I seem to have outgrown the severe depression that handicapped me for much of my life, and I think that has cleared my thinking and liberated energy for a reconsideration of beliefs that I clung to unreasonably for many years. And retirement has certainly helped.

My small circle of exceptionally intelligent and sensitive friends have modelled much healthier thinking, reactions, beliefs and behaviours than my own, and in the process have enormously helped me to become more self-aware and self-knowledgeable, more equanimous, more critical of unchallenged ideas, and both physically and emotionally healthier. I am blessed, and these radical changes in worldview are largely their astonishing gift to me.

Over the years I have made the arguments for all of these changes of belief, repeatedly, in this blog, and the purpose of this post is not to persuade anyone or to drag these issues back up for debate. The newest belief changes have not come through argument, but rather from just sitting with what seems to be, and what seems to be happening, and seeing what arises. The only one who can change anyone’s mind is themselves.

So I guess my purpose in writing this is to see how far I’ve come since I started using this blog to think out loud in public. You can draw your own conclusions about whether it’s a progression or a regression. I’m sure there’s more to come.

Thanks for reading and listening, and telling me what you think, all these long years.

(PS: Regarding #5, it is kind of interesting that 13 years after the suicide of squalene champion Bruce Ivins, who was accused of being the 2001 US anthrax mailer even though the evidence against him was dubious and the possibility of his creating the weaponized anthrax alone was absolutely zero, the mystery of the perpetrators of the anthrax mailings, which occurred just before and were used to justify the draconian Patriot Act and the invasion of Iraq, has never been solved.)

5 Responses to All the Things I Was Wrong About