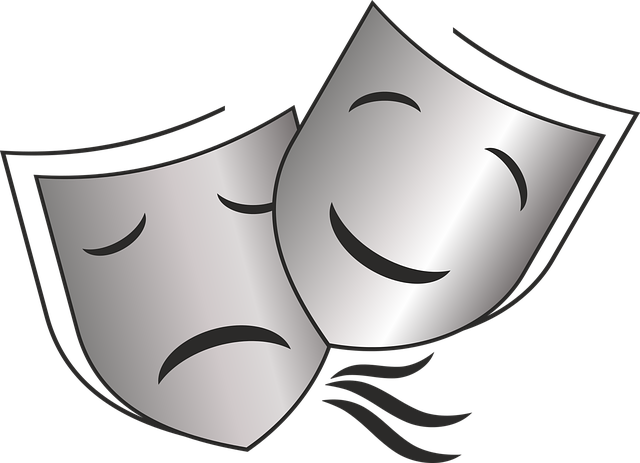 image from Succo at pixabay CC0

You’ve probably seen the 2004 talk where “happiness guru” Dan Gilbert says that people who have won the lottery and people who have had limbs amputated are equally happy with their lives a year after these respective events. No matter how good things seem to be, soon enough we seem less happy with our situation; and no matter how bad things get, in time we adjust to it and make peace with it and are seemingly just as happy as the people who have everything they’ve ever dreamed of.

My life is damned near perfect. I took a short trip today to pick up some odds and ends, nothing urgent, on a lovely sunny windless November morning. I got everything on my list, without a problem. Afterwards I sunbathed, clothes-free, while doing a crossword puzzle, on my deck. My health and fitness are exceptional for someone my age, or even for someone twenty years younger. I am comfortably retired. I live in one of the most beautiful places on Earth. I have no real enemies that I know of. I have meaningful relationships, full of love and friendship. I seem to have discovered, mostly by accident, qualities and skills people respect and admire. My relentlessly curious and imaginative mind has unlimited opportunities and outlets from which to learn, to discover, to perceive, to play, to make sense of things, and to conceive of how things might be even better, or much worse. In every sense I am astonishingly blessed.

If I believed we were possessed of free will and choice and self-control, I would say that I should be endlessly, ecstatically happy. I have essentially no wants and no needs. Just about every day I can wake up, when I want to, and do just about anything I could want to do.

But except when I really think about it and really pay attention, my sense is that I’m not especially happy. What’s wrong with me? I’ve tried to pursue practices about living well, learned from some very brilliant and wise people, that seem to work brilliantly. But I often forget, and slip back into that disengaged, slightly dissatisfied state. The cognitive dissonance of my life (anxious, when I know there is nothing to be anxious about; infuriated, when I know everyone’s doing their best; self-reproachful, when I know I have no free will, choice or agency over what this strange body I only seem to inhabit does) keeps me constantly off-balance, stuck too much in my head.

I can push myself to get out into the forest (a two-minute walk), to really look and pay attention, to slow down and smile and make eye contact with people, and when I do I usually get into a state of awe, wonder, and bliss. If I’m on a tropical beach, it happens effortlessly. But for some reason I’m not driven to do this — call it laziness or spiritual torpor or whatever, if any effort is involved I tend to shrug and put it off, and just read or play indoors by myself. Maybe it’s the same procrastination that makes it so hard for me to exercise even though I immediately feel and look so much better after I’ve done it.

Truly wild creatures, I think, are not happy or unhappy, because they have no expectations or sense of a gap between what is and what could or should or might be. And while they have excellent memories, my sense is that those memories are not ‘personal’ — they’re about useful things rather than how they felt or what they thought. Why? Because their brains are otherwise occupied with the intuitive processing of sensory data, rather than thinking about and reacting to things they have no control over. Perceiving rather than conceiving. They of course feel pain and pleasure, but my sense is they are not judgemental about it. They live their lives, I think, full of wonder — that is as long as they’re free. Freedom, it seems to me, is their instinctive passion, and the loss of it is their instinctive fear. That’s my reading from seeing both wild and semi-domesticated creatures trapped in confined spaces (where their anguish is obvious) versus being in physical pain (where it’s clearly not comfortable, but seemingly accepted and endured). So different from ourselves!

My sense is that wild creatures are this way because they don’t rationalize their situation, judge it, or see any value in imagining it otherwise. So by our standards they are never “happy”, but rather are, so long as they are free, wondrous, which I suspect is a healthier, more connected and more ‘alive’ way to be.

What if we humans were not possessed of (or by) a rationalizing, reactive, judgemental, personalizing self? We would be, I think, free of chronic fear, sadness, anger and shame, and live in the same kind of timeless, infinite, un-separate wonder that free wild creatures live in — except perhaps in rare moments of existential threat, when instinct would momentarily trigger the fight/flight/freeze response and we would be, until the danger passed, possessed for a few instants by the ancient capacity for preservation of the illusory separate self. No wonder wild creatures shake this awful ‘self-awareness’ off so profoundly once the threat has ended!

But this isn’t quite right either. Humans are not actually possessed by selves — the bodies, the characters that we selves presume to inhabit are actually oblivious to our selves, which are only self-constructed illusions, conjured-up models, figments of reality. Although we ‘selves’ believe that the feelings and thoughts and stress-related illnesses of these characters’ bodies and brains are reflections of our (selves’) distress, they are actually entirely unconnected.

For example, while it is true that I (my ‘self’) was triggered and severely stressed by some terrible personal news that immediately preceded this body’s incapacitating bout of ulcerative colitis 13 years ago, and while it would be perfectly reasonable (for any ‘self’) to conclude that one caused the other, they are actually not, I think, causally connected — the correspondence I drew between them is just ‘my’ making sense of the incident.

So, going further back in my medical history, my serious bouts of depression (which ended about 15 years ago) were likely partly genetic, partly situational, and partly maladaptive responses to the circumstances that the character named Dave encountered and reacted to in the only way it could in the face of the pressure cooker of modern civilization culture. It has often been suggested, and for quite a while I considered it possible, that the real cause was the horrifying experience of early school years, after an idyllic and naive pre-school life, when I discovered that many people are deliberately mean, cruel, unfair, irrational, and dishonest. It’s the kind of thing a ‘self’ will grab onto to make sense of something that otherwise didn’t seem to make any. Now I don’t think those anti-socializing childhood experiences really had much at all to do with my depression, which seems to have almost completely vanished over the past two decades, although my colitis and some other seriously ‘depressing’ things all happened during the early 2000s.

There are likewise other explanations for my horrific colitis outbreak. As a teenager and young adult I consumed massive doses of oral tetracycline (a strong antibiotic) for about a decade as the treatment-of-the-day for serious acne, which surely ravaged my gut flora, possibly for life and likely made my intestines into a kind of time-bomb. The outbreak came at the end of a decades-long period of chronic environmental and situational stresses of the kind which this body has always seemed to have had trouble adapting to.

So if there had never been a ‘me’ — had this apparent Dave character never been afflicted with a self (and there is much evidence that a ‘self’ is completely unnecessary to a character’s effective functioning) — I’m guessing that nothing in the apparent life of this character would have been, or turned out, any differently. Given its biological and enculturated conditioning, and the circumstances of each moment, this character did and felt the only things it could possibly have, and ‘I’ had nothing to do with it.

That means that this Dave character has never been happy or unhappy, at least in the sense that ‘I’ understand these feelings, though I continue to erroneously project these feelings into the body and character I presume to inhabit.

The apparent human race self-domesticated (and gave up its cherished freedom, wildness, sense of wonder and unconditional love) as its numbers rose and as it was dislocated by recurring prehistoric climate change, but this was not because of any illness or other effect created by selves, but rather because self-domestication seemed a good adaptation at the time. Just as when wild creatures become parents, they sacrifice these same cherished values temporarily to care for their offspring; this conditioned behaviour is conditioned for because it seems to confer evolutionary advantage. Our selves had absolutely nothing to do with our species’ self-domestication or its tragic and ghastly consequences (civilization culture’s massive destructiveness and endless strife, the total loss of freedom, wildness, and connection to and sense of wonder about everything-that-is).

But, unlike these creatures we presume to inhabit, our selves have major issues with humanity’s self-domestication and its consequences. Our selves intuitively sense and “remember” the total freedom and wildness and sense of wonder and unconditional love that has seemingly been “lost”, and they “seek” endlessly and agonizingly to find it again. That endless and hopeless seeking lies at the root of our (selves’) chronic unhappiness, anxiety, dissatisfaction, rage, shame and grief.

That of course is completely unhelpful to the selves trying to find happiness and avoid unhappiness. But they can never be found, because what is doing the looking (the self) is an illusion, and to the characters the illusory seekers presume to inhabit and speak for, nothing has ever been lost.

So this morning, it was this apparent Dave character that did errands and crosswords and sunbathed, and spent the rest of the day in various forms of play, including writing this. And procrastinated on doing some other things.

‘I’ had no part in any of it. ‘I’ did nothing except vainly claim ownership of, and try to make sense of, what was done. ‘I’ have never done anything.

If you don’t like this article, take it up with the Dave character. I’m just stuck here, in what I thought was the Dave character’s brain and body (brain, mostly) trying, hopelessly, as always, to figure a way out, or perhaps back.

I’m not especially happy, or unhappy, about that.