No Free Will, No Freedom

Ah, here we go again, down the “free will” rabbit hole. 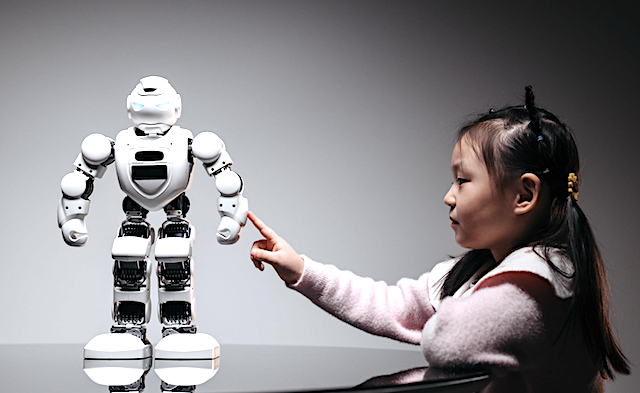 In a recent post, Caitlin Johnstone got to the heart of why we continue to tolerate the massive dysfunction, corruption and inequality of wealth and power that characterizes our political, economic and social systems. She wrote:

In the world of cognitive dissonance in which Caitlin and I apparently both live, we can, on the one hand, appreciate that we have no free will — that everything we believe and do is strictly the result of our biological and cultural conditioning, given the circumstances of the moment — and, on the other hand, rail against stupidity, greed, incompetence and the thousand other sins that, somehow, ‘shouldn’t’ be allowed, or ‘shouldn’t’ be. As if we had some choice in the matter.

So the questions that Caitlin’s remarkable paragraph raises for me are:

We are conditioned by our biology, and by everyone else, and we condition others in return. The research that Arlie Russell Hochschild did in Louisiana suggests that even died-in-the-wool Faux News viewers don’t buy half of the rhetoric or conclusions of their ‘reporters’, though they do get reassurance from the network about their beliefs, which are influenced mainly by their community, their peers, not by media propagandists.

So, back to Caitlin’s paragraph, and its last sentence: “You can do what you want, but they control what it is that you want.” I think this is very clever, and true, but that control is not coherent or coordinated. You and your brother may grow up in the same community with mostly the same friends, but he may believe in Reptilians while you believe that Bernie could get us out of this mess.

So I would rephrase Caitlin’s paragraph a little, as follows (apologies to her if this seems to be putting words in her mouth; I’m just reframing it to conform to my conditioning, which is different from hers):

What I like most about Caitlin’s argument is that it undermines the argument from many slippery modern philosophers that we “kind of have free will, but not really”. IMO this is akin to arguing that someone is “kind of” pregnant. We either have free will or we don’t. And whether you believe we have it, or believe we don’t, following that belief down the rabbit hole is going to get you into a lot of trouble either way.

As a non-believer in free will, I think (though I find it troubling to do so):

Caitlin would seem to believe that we can be free despite not having free will — that we can, as the slippery philosophers would like us to believe, overcome our conditioning. But you can’t have it both ways. We have no free will, and we can therefore never be free. I’m not comfortable believing that, but at least I’m consistent.

What if we were to claim, and tell, an AI robot that, because it made decisions, it was ‘responsible’ for those decisions, and therefore had ‘free will’. What would that mean?

In fact, as Indrajit Samarajiva has explained, we have created AI robots that make decisions, and which are held (somewhat) responsible for those decisions, and we have even conferred ‘personhood’ on them. They’re called corporations, and there are millions of them. Do they have free will? How about political states that we personify so easily (“Russia has announced plans to…”) — do they have ‘free will’? Of course not.

So why should we believe that individual humans have free will, when the scientific evidence suggests the opposite — that everything we do is conditioned?

What would it mean to acknowledge that none of us is free, that we can do what we want, but have no control over what we want? That we are just all acting out our conditioning every moment of our lives?

How would this affect our views of what ‘democracy’ is? Is it nothing more than a wealth-and-power-biased ‘consensus’ of our biologically and collectively-conditioned preferences? Is this the basis on which we go to war, and on which we inflict such horrific suffering on each other and on the planet that birthed us?

Even worse, what would it mean to acknowledge that none of us actually ‘knows’ anything — that what we call ‘knowledge’ (beyond in the narrow sense of technical know-how) is merely our conditioned beliefs, mere opinions, none of them really ‘ours’ at all? And on this basis we feel justified in judging, and even killing, others?

I warned you it was a rabbit-hole, and there is no way out. Unless you stop now, in time, and turn back. Just tell yourself: I have free will. I am free. I can do anything I set my mind to, if I try hard enough.

Though you just might find that such statements will take you down another rabbit-hole, one even deeper and more vexatious. But maybe your religions, sacred or profane, will help you navigate that one.

Still, you just might find that you had no choice over which rabbit-hole you find yourself in.

This entry was posted in How the World Really Works, Illusion of the Separate Self and Free Will, Our Culture / Ourselves. Bookmark the permalink.

12 Responses to No Free Will, No Freedom