This is the second of a series of three new short stories. Image below from wikimedia, CC-SA 3.0. 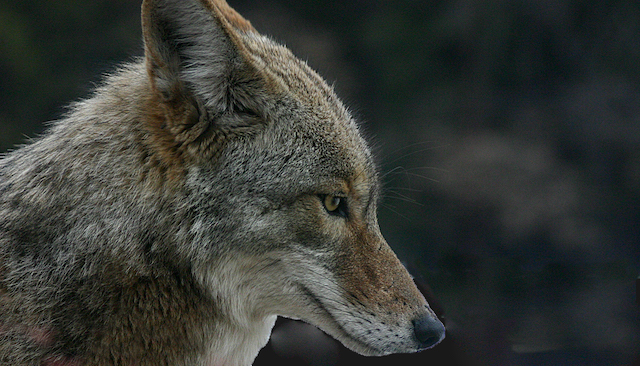 “I never want to have a job,” Sevi lamented, walking into the kitchen while staring at her tablet screen and almost bumping into me.

“I hope you never have to have one, unless you find something that so thrills your heart that you can hardly bear to wait to get up in the morning to get back at it,” I replied. I envisioned Seville growing up to be a scientist — she had the curiosity and the eye for detail, and the imagination and ability to visualize what most people couldn’t.

“You and Mom don’t have to work, and I don’t want to have to either.”

“I worked for a long time to earn my early retirement,” I replied. “And though your Mom’s family was rich enough she never had to do paid work, she’s put in as many hours doing volunteer work as many people do at paid jobs. Why are you suddenly concerned about having to get a job?”

“It’s the new blog post from td0s,” she replied. “He’s written about how your generations have created a world of drudgery for us to inherit and pay for. Listen to this.” She read:

Life in the modern, capitalist west is tedium. It is an exhausting bore. Without any substantial sense of belonging or meaning, stripped of spirit and tasked with an endless quest for money that buys less and less, people are miserable… The malaise of existence in this world where the wild is all but extinguished is felt far and wide, whether it is understood as such or not. Absent community and a deep sense of both autonomy and personal value, people become damaged… We industrial humans do not live. Living is active. We are only active in the pursuit of making someone else rich while we earn just enough to make it until the next paycheck, and then we are passive. We sit and stare, trading entertainment for experience, hoping that watching others pretend to live will suffice by proxy… If we all agree to call the cage freedom, then it is freedom.

What becomes of people when you strip them of everything that makes them human?… In my region there are those who want to cut the forests. They think that they have observed the forest long enough to know how to control it. They think they have the wisdom to manage a forest better than it can manage itself. How does one argue? The only words they will accept are in their own language, the language of domination, the language that insists on seeing only disparate pieces in a grand machine, the language that has exorcized the sacred.

“That’s just awful,” she added. “How can you have done this to us, to our world, and then expect us to work in it, this dead place you’ve created, all our lives. And we can’t even be wild — there are no wild places any more, just cities and factory farms and war zones.”

“Guilty as charged,” I acknowledged. “We had no idea what we were doing. We did our best, what we thought was right and possible. It took me most of my life to discover that what we sought was soul-destroying, life-destroying, planet-destroying and unsustainable. I used to quote an anarchist writer named Wolfi Landstreicher extolling humans’ yearning to be wild.” I brought the passage up on my laptop and read it to her:

“You understand that when td0s says to “move boldly” and Wolfi says to “fight” they’re exhorting us to exercise our free will, when as we discussed yesterday we don’t actually have free will. They’re great sentiments, but all they can do is make us feel even worse about our own impotence.”

“Is that why you never had any kids of your own, and why you got ‘fixed’ when you and Mom split up? No free will in that choice, huh?” She wrinkled her nose at me and smiled, getting in a little dig about our previous day’s discussion. “No regrets about that decision?”

“Not sure the question ‘why’ ever has a satisfactory answer, rather than one that serves to reinforce whatever cause or blame we’re culturally inclined to lay in each circumstance. I never really felt a drive to bring kids into this world, though I will tell you that having you as my daughter is the best thing that ever happened to me, and I’ve led a charmed life. As for regrets, how can one regret what one had no real choice over?”

“I thought you said there was no ‘you’ and no ‘me’? So you have no daughter, and I have no parents. Just appearances, like you said. Cop-out.” She looked like she was going to cry.

I drew her into my arms and gave her a long hug, and after a while I replied: “Several times in my life, the most recent of which happened since I met you, there has been a ‘glimpse’ of that true oneness with no separation, no time or place or person or thing or happening, just everything, still and awesome and astonishing and perpetually new. And everything was perfect, eternal love. And even though there was no ‘me’ and no ‘you’, there was absolute exquisite joyful love for the miracle of what is, including the magical appearance in ‘what is’ of Ms Seville Thorn. Does that make any sense?”

“About as much sense as knowing what’s wrong with the world and being sure there is nothing that can be done to make it better. I admire you and love you but I don’t want to see the world the way you see it, or, how do I put this, the way it is seen when there is no ‘you’. I have to believe I can be wild and free, that I won’t be condemned to a lifetime of awful work, that things at least don’t have to get any worse. You get that, don’t you? I’m just a kid, I have a whole lifetime ahead of me and I have to believe it can be good, that I can ‘move boldly through the darkness and listen for the howl’. That I can be the howl.”

I was lost for words. I wondered whether my grasping at the belief that we have no free will, that nothing we seem to experience is actually real, and that what actually is is perfect and endlessly full of wonder, was just wishful thinking, a way of coping with the dread that the world that Sevi would have to deal with when we were long gone would be ghastly, terrifying, violent, even not worth living.

“You can be the howl,” I assured her then. “Maybe you can even show me how to be the howl too.”

I loved her resilience. One moment she looked like she was justifiably falling apart, and the next she was scanning her tablet over my shoulder while extracting herself from my hug. “Both these guys talk about civilization and domestication as being evils, which is not how most people see them. What’s the deal with domestication anyway?”

“Well,” I replied, “the words civilize and quiet have the same etymological root — kei, meaning to lie still. Likewise the words domesticate and dam have the same etymological root — dam, meaning to build and enclose. There could not be anywhere near 8 billion humans on this planet if we were not thoroughly civilized and domesticated — if we hadn’t been indoctrinated to lie still and be enclosed, held in. It makes total sense that human domestication and civilization were evolutionarily successful. At the same time it’s increasingly apparent that these recent evolutions are no longer serving the vast majority of humans. An increasing number of us are realizing that this isn’t quite how humans were ‘meant’ to live, not our natural and healthy state. The opposite of civilized and domesticated is wild and free. Losing our wildness and freedom, td0s and Wolfi are saying, is too high a cost to pay.”

We were quiet, then, for a few moments, except for some mutual sighs. “I have a project to do,” Sevi said, after that. Another sigh and she added: “Thanks, I guess.” And she was gone.

That evening, Sevi dragged me away from my laptop and took me outside to the edge of the forest abutting our house. It was a warm summer evening with a light but steady rain, just after dusk. “Time to howl,” she said. She howled, with a voice so clear and powerful it made me shudder. I looked up at where the moon would be if it weren’t overcast. I howled, but it was pathetic, timid and unconvincing. Sevi demonstrated again. A dog down in the valley suddenly took up the call, and the two of them, taking turns, showed me what to do. I howled, calling up a voice I didn’t know I had. Sevi had pulled off her soaking wet dress and with one hand pulled herself up onto a tree branch, and from up there she resumed howling.

Another dog now joined in, making us a foursome. Sevi jumped down and pulled me into the forest, breaking into a run. She was barefoot, but was running sure-footedly and effortlessly, landing on the edges of her feet seemingly to feel the earth for stones before placing her full weight down and launching into her next step. The sight of her, this wild little creature, so strong, so determined, filled me with love and pride. I ran behind her, ridiculous and incompetent.

Suddenly she stopped. She motioned me to be silent and pointed into the darkness. I could barely make out eyes in the distance. Sevi howled again, her whole body puffed up and panting, alert and electric. “Ah-wooooooh!”

And from the darkness the long lean body behind the two eyes returned the call, a wild plaintive cry, a howl that penetrated the falling night air and went right through my rain-soaked body, somehow stirring something in me, a remembering.

“She’s calling us home,” Sevi said, breathless. She laughed, turned to me, and shook her head.

“Now how can you tell me you have no choice, no free will? You can move boldly through the darkness. You only stay civilized and domesticated if you choose to. You know what my choice is.”

This entry was posted in Creative Works, Illusion of the Separate Self and Free Will. Bookmark the permalink.

2 Responses to Calling the Cage Freedom