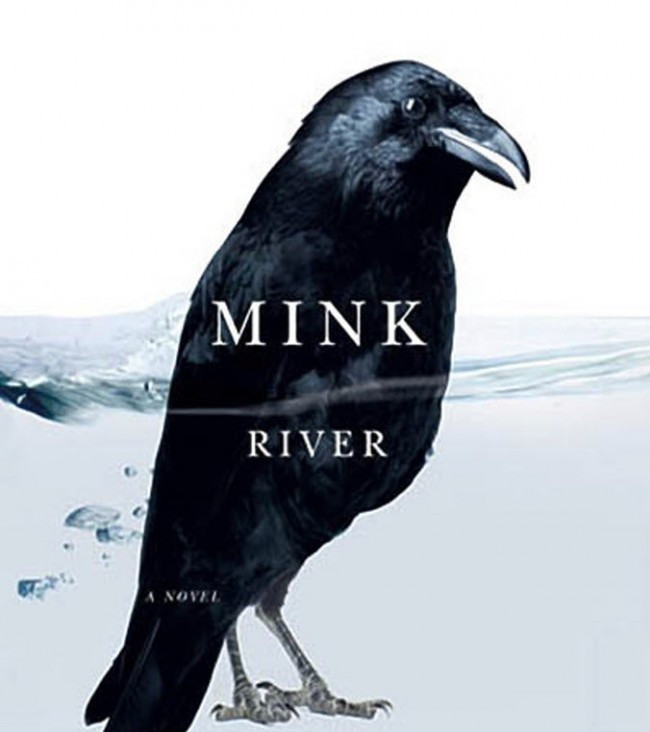 Brian Doyle’s Mink River is simply the best novel I have read in a decade. It is brilliantly and painstakingly crafted. It tells a wonderful and heart-warming story. It never manipulates. Its prose is pure poetry: Every word counts. Its characters are so contemporary and complex and familiar that they spring to life. And its message — about cultural transition driven by necessity, about the importance of community and of place and of resilience and of love — is essential and delivered with a power and richness that no non-fictional account could hope to match.

This is Dark Mountain-weight writing at its best. The kind of writing I now aspire to and intend to write, though mine will be poetry and song and film and vignette instead of book-length prose. I don’t have Doyle’s stamina. I only hope I can one day match his talent. Although Doyle has published ten books (most of them essays; he makes his living as an editor), this is his first published novel.

Both the style and ambition of Mink River are reminiscent of James Joyce’s Ulysses. The tale is one of an entire community, an entire ecosystem of rich human and non-human interaction, told from a bird’s-eye view, both when the bird (a crow named Moses) soars above and when he peers at the peculiar residents of Mink River up close and curious. In my blog I have tried to paint a picture of the chasm we are now accelerating towards (though our schools and politicians and media dare not admit to it, since it is too complex, too difficult to broach, to hopeless to consider). This novel, by describing the world as it truly is today, as seen and understood by the residents of a small community on the Oregon coast, conveys the same message: That the way we live now is unsustainable, and that we have some amazing qualities to bring to bear to cope with the terrible future, but that this may not be enough. It leaves us, adrift in this joyful, hopeful, struggling, wondrous community, to draw our own conclusions about what is possible, and what is necessary, now.

At one point Cedar, one of the book’s protagonists, mentally surveys the resilience of the people in the town, one family at a time, lamenting that so many live on the edge of poverty, unequipped to handle any sudden adversity: “We’ll never be sick a day in our lives my love simply because we can’t afford to be.” They do what they must, their lives are preoccupied with the needs of the moment, but they all live lives filled with quiet anxiety and dread, at the breaking point, unable to handle another crisis, until another crisis happens and somehow they are able to handle it too, pulling together, helping each other out, and waiting to see what will come next. Like the Irish ancestors of many of the characters, who struggled with the potato famine, they are both resigned and worried:

The man with eight days to live [in the doctor’s office with an inoperable tumour) is thinner and thinner. The bones of his face are sharper and sharper. He spends more and more time in the chair by the window under the maps of the sea. Daniel [the protagonist’s son, recovering from massive injuries from a bicycle accident] reads to him. The doctor sits with him morning noon and night. Moses [the crow] floats up every afternoon to sit with him also. The man and Moses have become friends. When Moses floats up and lands plop on the railing the man rises slowly from his chair and helps Daniel into his wheelchair and wheels the boy out on the porch in the fat salty sun. Today man and boy and crow are talking about water and daughters. I love both my daughters the same but in different ways, says the man. One is a challenge and the other a comfort. One is a battle and the other is a refuge. One is brass and the other is velvet. One is a knife and the other is a spoon. Daniel tells the man about his grandfathers and grandmothers. One grandfather is alive and the other is dead, he says. One grandmother walks like the wind and the other never walks anywhere. One grandfather fights against time and the other one fought against hunger. I guess everyone fights something.

I fight hawks, says Moses cheerfully, and they all laugh. A fourth voice laughs: Kristi [a twelve year old girl recovering from being raped by her father], who has been listening from the porch door. Come out, come out, Kristi, it’s sunny, says Daniel. I am afraid of the eagle, says Kristi. I am no eagle, says Moses, startled. The bird talks! says Kristi, startled. That bird is my friend Moses, says Daniel. Moses, Kristi. Kristi, Moses. Moses bows and says the honor is mine, Kristi. The bird talks! says Kristi. Indeed he does, and with a great deal of sense, says the man with eight days to live… He rises slowly and offers Kristi his chair but she declines politely, still staring at Moses. Did you teach him to talk? she asks Daniel. No no, says Daniel, Moses works with my dad. Actually I was instructed in your language by a wonderful woman now deceased, says Moses quietly. Tell us about her, says the man. O, says Moses, she was a wonder in every way, a remarkable creature. Never lost her temper. Never did her hands rest for an instant except when she was asleep. Sang all day long. An excellent cook. She was a nun. She died recently. I think of her every hour. Her soul shone like the face of the sun.

Moses stops speaking, unable to go on. I’m so sorry, whispers Kristi, and she reaches out tentatively and strokes Moses’ gleaming back and for the first and last time in his long life he begins to cry, long ragged aching sobs, the sound of lost, the sound of empty, the sound of alone. Daniel stares at his lap and the man stares out to sea but Kristi stands up and gathers the weeping crow into her chest and belly and bends over him and croons, the sound of healing, he sound of warm, the sound of yes.

Shortly thereafter Moses goes on to characterize his species, which he contrasts with raptor-ous eagles (and perhaps other rapacious species):

My tribe is motley and chaotic. My tribe is dense and tumultuous. We argue and tease and wrangle and goof and fly upside-down. We are brilliant and stupid. We are lonely and livid. We lie, we laugh. We are greedy and foolish. Sometimes we all sing together. We tease dogs. We can be cruel but never for very long. We just can’t sustain it. If we could sustain and organize our cruelty we’d rule the world. But what kind of life is that? We all fly home together at the end of the day. We have no kings. We have no outlaws. We have no ranking. We have no priests. We have no status. Age confers nothing in our clan. Size confers nothing. We have no warriors. We have no beauties. That’s just how it is. We all look the same. Our stories go on all day long. We remember everything. Our life can be maddening. It gets loud. We never agree on anything. We bicker. We play jokes. We take chances.

Doyle’s descriptions of rain, of rivers, of different types of wood, are long, poetic, flowing and extraordinary. I have some of them up on my wall, just to read for inspiration, for an example of how to pay attention, to note the details, to tell a story without any purpose but to capture it, to recount it, to make it our own. This is masterful writing. If you make a living as a writer, or if you write because you can’t not, buy Mink River and learn to be better.

Tus maith, leath na hoibre, Daniel says, consoling his father about the toil we all have facing us in the years ahead: A good start is half the work.

Whatever you have been waiting to do, may this book help you get started.