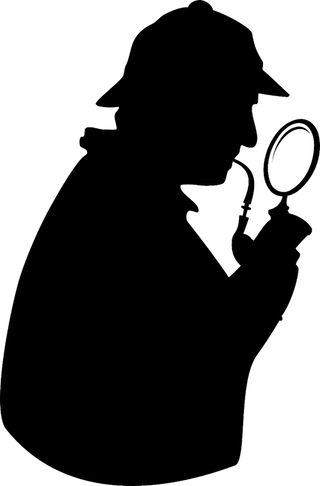 Recently I’ve been going back and reviewing a lot of the ‘less-than-radical’ non-duality material I’ve saved over the past two years, to see how relevant it still is to me.

I came to the conclusion that Tony Parsons, Jim Newman, Richard Sylvester (and other radical non-dualists), and Eckhart Tolle, Adyashanti, Rupert Spira, Jon Bernie, Mooji, and Ilona Ciunaite (and other less-radical non-dualists) are essentially communicating the identical message about the non-existence of the separate self and free will, about time as a mental construct, about what is real, what awakening is etc. The only real difference is the way this message is articulated, and (critically) whether there is a ‘path’ to awakening (and if so what that path is).

They all tend to agree, too, that it’s in the nature of the self, the mind, the ‘me’, to be unhappy about this sense of separation and (for some) to seek a path to ‘awakening’ from this sense.

I was particularly taken by a comment by (the non-radical) Adyashanti that turns the way we usually think about this seeking on its head. Instead of trying to find a path to realize what is real beyond the self, what if we instead asked How is it that the self/mind is able to sustain its/our belief in what is unreal so effectively? He frames the contemplation of this question as an investigation (perhaps the ‘crime’ being investigated is the terrible suffering and destruction wrought by all our ‘selves’). If everything is oneness — everything is just what is, timelessly, beyond our control — how is it we are all so effectively, continuously, fooled by our self/mind into believing otherwise?

There are some clues to this question that I have written about of late. One is the startling recent discovery of science (1) that there is no physically identifiable separate self, (2) that time is in fact just a mental construct that has no basis in reality, (3) that we do not consciously ‘make’ decisions (our minds rationalize what we’re already doing as being ‘their’ decision directly after the fact), and (4) that an illusory view of reality is often evolutionarily successful, ie that those creatures with a simplified, utterly incomplete perception of reality can and do out-survive creatures who see the world as it really is. David Eagleman and Donald Hoffman have recently made this latter point compellingly.

A second clue is the high degree to which our thinking (and the neural formations in the brain that co-evolve with it, and with our learning, notably during our formative years) is conditioned by those around us. If everyone around us believes that climate change is a hoax, or that the earth is flat, or that keeping other human beings as slaves is normal, or that criminals are responsible for their actions and should be punished, or that confining and then butchering wild animals causes them no suffering, or that industrial civilization is healthy and natural, it is really hard for an individual to sustain a conviction otherwise. We are social creatures and much of how we make meaning is derived through social exchange. And as George Lakoff and others have shown, we tend to hear what resonates with what we already believe and not hear what does not.

We humans now live in a prosthetic human-made world, and are utterly dependent on it. The tropical places and ecosystems where we thrived for a million years before our selves took us to inhospitable climates have long been destroyed by civilization culture, and couldn’t support anywhere near today’s human numbers anyway. So escaping the indoctrination of other selves is impossible, even if we were inclined to seek it.

What Adyashanti is urging is the recognition that the ‘I’ can’t know that it is itself unreal, so any such realization of the truth has to come from something beyond the I. Seeing this truth, he says, can create the “gap” that allows the suspension of our belief in this great illusion and enables the sudden realization of what is real and what is illusory, or what radical non-dualists (who deny however that the gap can be created intentionally) call the temporary “falling away” of the self. I’m not sure that this conjuring trick can really work, but in the spirit of investigation let’s explore it.

The illusion of the separate self is evolutionarily advantageous, persuasive and socially reinforced (if it weren’t, there probably wouldn’t be ‘selves’). But still, why are we unable to see through this illusion, even when intellectually and intuitively we know (a) it’s not real and (b) that seeing through it may be the key to ending much of life’s unhappiness and suffering? What do we value more than the truth?

Perhaps it’s more important to be happy than to know the real truth. So unless and until we can no longer be happy without knowing the truth (and that may be true for those, like me, who have had ‘glimpses’ of ‘awakening’), we will cling to and remain addicted to the illusion — we don’t want to know it’s not real. There is something in the nature of people with selves that clings to hope and believes things will get better, so it takes a lot to let go.

Quite a few people report that their moment of ‘awakening’, of seeing through, came at terribly low, desperate times in their lives (though for others these moments arose during walks in the park, or shopping trips). Is the illusion of self-control just too comfortable, better the “devil we know” than the uncertainty of what is really true, unless and until we can no longer “stand our selves”? Or does ‘awakening’ come in moments when the self simply lets its guard down? And if so, are there things that ‘we’ can do to get it to let its guard down (meditation, drugs, exercises etc)?

The problem with this line of thinking is that it presumes some thing exists for whom happiness is more important than truth, some thing that clings to the illusion of the self, something that can no longer stand its self, other than the self itself. That there is a ‘we’ apart from our selves. We’re back in duality. We’ve just made a distinction between ‘we’ (actually just a higher ‘self’ which we don’t want to call a self) and a lower ‘self’ (the one we want to get rid of). This line of thinking is recursive and won’t get us anywhere.

Let’s look instead at the metaphor of dreaming. If we’re caught in a bad dream then (‘lucid’ dreaming aside) we have no agency to awaken from it. How does the mind make this dream seem so real and believable? In its ceaseless pattern-making, is it compelled to invent stories, and is it free during dream-sleep to make those stories credible and consistent and yet untethered from the factual anchors of our waking-life stories? Perhaps it makes the illusion of our separate lives seem real, when we’re not asleep, the same way.

But again, who or what is having these dreams, these self-made stories, if it isn’t the self itself?

The only apparent answer to this question is: no one. Without the self there is no ‘we’. The self/mind, conjured out of nothing by the chemistry of the large, complex brain, is just amusing itself, and making itself suffer, with the patterns and the stories that comprise the ‘story of me’.

In this light, the key question of our investigation becomes suspect, because if there is no ‘we’ without the self, there is no one for the self to fool, no one and no thing to believe in the illusion of the self. Except itself. Is your head hurting yet?

Perhaps this is where Adya is pointing us. The answer to his question, once we realize that there is no ‘me’, is that there is no ‘self’ either, that what seems to be a self is just pattern-making in the brain that is caught in an infinite loop of self-justification and self-rationalization, like a kitten chasing its own tail. And that loop is reinforced by similar loops in the brains of others, until we have whole cultures of apparent selves foolishly behaving as if they are responsible for, and influencing, the creatures they purport to reside within, and causing those creatures (and the natural, ‘real’ world) much stress-related illness in the process. It is as if these ‘self-conscious’ creatures are afflicted with an infectious disease that causes endless hallucinations and hysterical behaviour.

There are of course no separate creatures, no behaviours, and no cultures. There is only all-there-is, perfect, timeless, wondrous, beyond control of anything. But ‘we’, we who are not afflicted with selves but are just afflicted selves, cannot know that. ‘We’ can only hope for the end of our selves, for our end, so that all-there-is is seen, though not by ‘us’. It is the mystery that ‘we’ can never unravel, but we sense it, we somehow know it.

End of investigation. At least for now. The selves of the world are collectively accused of causing the afflicted creatures of the world a form of madness, in which they suffer and cause havoc in the illusory belief that they are in control, responsible and separate from everything else. The jury has looked at the investigator’s report and concluded that the selves cannot be guilty of the charges, or of anything, because they don’t exist.