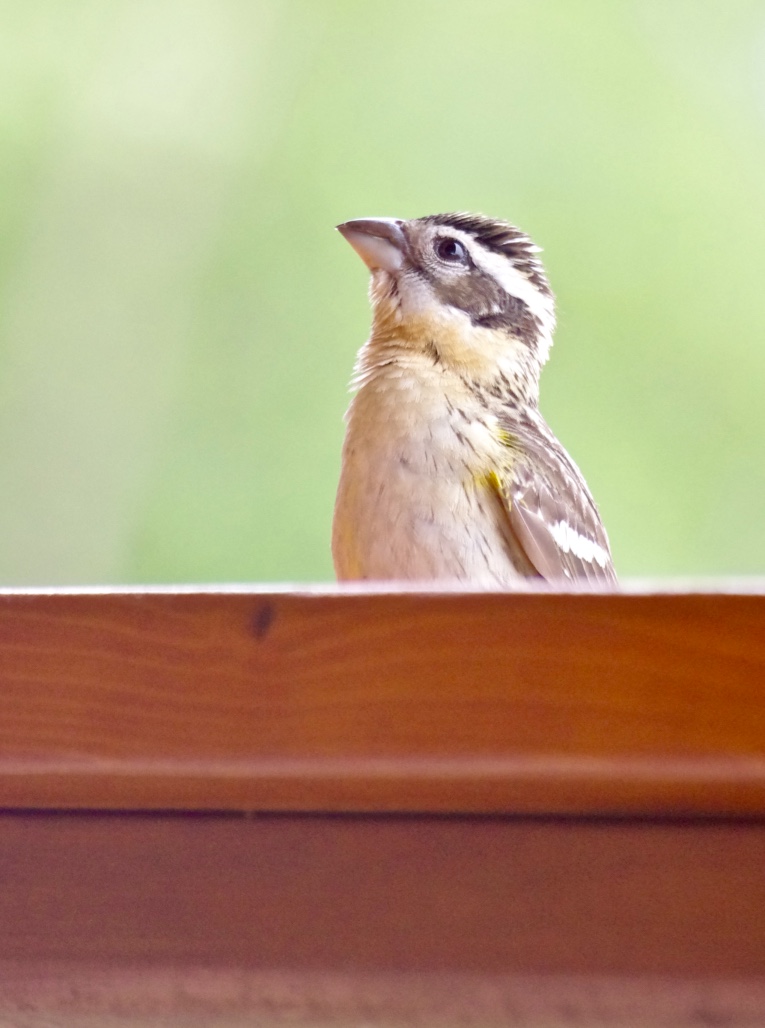 This little guy, unlike ‘us’, is completely immersed in the game of life; while he thinks and feels and senses, he takes nothing personally. He is just a part of all-that-is, in no way separate. His life, unlike ours, is not seen through the veil of the self; it is more aware and more full of wonder than ‘ours’ can ever be. Photo by the author.

All my life I have loved games — playing them, inventing them, even watching them. It’s not the competition, not about winning or losing. It’s more I think about the Power of Constraints — seeing how things work out under a certain set of rules or limitations.

And games are an important coping mechanism: escaping into World of Warcraft, or Second Life, or even crossword puzzles or Sudoku or solving murder mysteries, may provide an opportunity for people struggling with reality to deal with a smaller, less overwhelming world in which the ‘player’ might have a little more control, some less awful choices.

Etymologically, the word ‘game’ originally meant nothing more than ‘people coming together for fun’, and it is only recently that games have had the connotation of competitiveness, that games could be played alone, or that ‘gaming’ a system meant exploiting it to unfair advantage. Today, what we call a game might broadly be defined as an unfolding subject to a particular set of rules or limitations.

Back in 1970 (very early days for computers), John Conway invented the Game of Life, which demonstrated how a simple set of rules can produce a staggeringly complex variety of results. It built on earlier research into the nature of self-organizing systems. This later evolved into theories about complex adaptive systems, including Gaia Theory. Students of such systems began to think of the evolution of the universe and of life on Earth as a type of game, and began to speculate on whether or not this game had a ‘purpose’ or not, with spiritualists and agnostics taking opposing sides.

The message of radical (agnostic) non-duality — that there is no such thing as the ‘self’, or time, or anything separate — is gaining credibility as scientists dig deeper into quantum theory and the mechanisms of the brain and discover that there does not appear to be, in fact, either time or a self to observe anything. That message suggests that there is “only this” and “nothing apart” and that the brain invented time and the self and separateness as an evolutionary means of making sense of sensory inputs, to improve the creature’s chance of survival, not as a means of representing reality. ‘Real’ reality, according to this message, cannot be known or realized or understood by any ‘one’, since there is not really any ‘one’. It is impossible to explain what is seen (by no ‘one’) when the self falls away — such terms as “empty fullness” and “just energy in the form of nothing appearing as everything” and “unconditional love” are at best metaphors, and at worst annoying.

There is no helping that, but, perhaps for some with a passion both for science and philosophy, another metaphor might be useful, or at least interesting. That metaphor is life as a game, à la Conway. Not ‘your’ life, but all life, everything that is.

Suspend your disbelief for a moment and suppose ‘all there is’ is a field of energy, outside of space or time, which, for no reason, can appear as ‘everything’. Yes, I know that’s hard to imagine. What appears can take any form, which means that it can appear to evolve according to an apparent set of rules (like the apparent rules that govern evolution). In metaphorical terms, this appearing-as-everything could be thought of as ‘all there is’ playing a game with itself. Imagine it as the fractal appearances of ice creeping across a frozen window in winter, but on an infinitely greater scale. To be clear here: This appearance is not an appearance ‘to’ any ‘one’; ‘all there is’ by definition precludes any ‘one’ separate from ‘all there is’. And it isn’t appearing to any kind of mystical universal intelligence, spirit or consciousness — consciousness implies that there is something ‘else’ ‘separate’ from ‘all there is’ to be the subject or object of consciousness, and (if ‘all there is’ is truly ‘all there is’) there cannot be. Likewise intelligence implies that there is something that can know something ‘else’ apart from it, and there cannot be. I call this an agnostic game because ‘agnostic’ means (not, as most people think, ‘I don’t know’ or ‘I’m indifferent’, but) that it cannot be known by anyone.

Somehow, although I will confess it’s possible I believe this only because I really want to believe it, this mind-boggling explanation of ‘all there is’ seems to me the most coherent explanation I have ever heard. It makes sense to me intellectually (it is internally consistent, elegant, unambiguous, and the simplest unified theory of everything that I have heard). It resonates intuitively (the inevitability of struggle and suffering in life does not). There have been glimpses during which my self disappeared and this was definitely seen (though not by ‘me’) to be true (And no, I can’t explain how anything can be seen without an ‘observer’, but somehow it can, no mystical universal consciousness required). And it resolves (though rather uselessly and hence unsatisfactorily for most scientists) the biggest puzzles and mysteries that scientists are grappling with today.

Einstein described time as a “stubbornly persistent illusion”, and said “I might be called an agnostic”, and he often expressed the view that science had not and possibly would never be able to fully explain the nature of reality or of human nature. From my readings of his work I am convinced he would be very open to the message of radical non-duality. He would, I think, still assert that despite its validity, we cannot help acting as if our selves were real, and cannot help striving to make things ‘better’, and to explain things ‘better’ in useful ways, however imperfect and illusory they might be. And he would be right: we have no free will over what we do, or believe.

Just as it is not possible for me not to react emotionally (and make judgements) when I do a crossword puzzle (make mistakes, finish in record time etc), or when I play online, or even when I watch a visualization on iTunes, it is not possibly for me not to react emotionally (and make judgements) when I play the game of life. I can say “nothing matters” a million times, and still everything matters. I can acknowledge that there is no time, no right or wrong, no life or death, and no ‘me’ to which things are happening, not really, but still I worry and dream about the future, get upset about the day’s news, worry about my health, and am fearful of many things I can imagine happening to ‘me’. I can’t not see the pervasive hallucination of a separate self that haunts me. I cannot choose to do anything other than what this body I presume to inhabit was going to do in any case. As Neil Young wrote “Though my problems are meaningless, that don’t make them go away.”

So, perhaps you’re saying, “So what? If there’s nothing I can do, if it changes nothing, and if I can’t ‘get it’, not really, other than in a kind of simple abstract intellectual sense, why is this clown going on an on about this?”

The reason I care about this is its implications. It means that all our ‘personal’ feelings of fear and sadness and anger are subjecting us to self-inflicted suffering and misery for no reason. When we feel responsible for something we did or did not do, when we dread something to come, when we react to bad news, we are uselessly causing ourselves unhappiness. You may say that doesn’t matter if we can’t help ourselves. But perhaps just knowing we’re doing this might alter our conditioning a tiny bit, so that our self goes a little easier on us. If you point out to a friend hallucinating because of a drug, or a drug withdrawal, or a mental illness, that from your perspective the terrible hallucination isn’t real, it just might help them cope a little bit better. (Then again, it just might make them feel even worse.)

It also means, if you care about the terrible world we’re leaving for future generations and for the more-than-human creatures we share this tiny globe with, that you need not feel bad about it. Notice I said ‘need not’, not ‘should not’. We have no choice over what and how we feel. But somehow, at least for me, when I hear more terrible news, the knowledge that I need not feel bad about it, that it’s just my illusory self stressing about something that’s just an appearance, just something happening in a game, while the stubborn self in me keeps saying “that’s just an absurd rationalization”, something deeper in me says “yeah, you know, that’s right, and I still feel bad, but maybe not quite so bad about it”.

I am sorry that I am, and almost everyone I know is, trapped in this prison without parole. For (it seems) a blessed few, a kind of liberation can apparently happen, in which the self, for no reason, falls away, and instead of playing the game of life from behind the prison bars, looking through a veil and buffeted by fear and sorrow and anger, suddenly the game of life is seen exactly as it is, full on, awesome and eternal and unconditional and wondrous and boundless and weightless — ‘selflessly’.

I wish you that freedom. I wish to see everything, flying free.

7 Responses to The Agnostic Game