The Death of Truth: A World Where Lying Pays 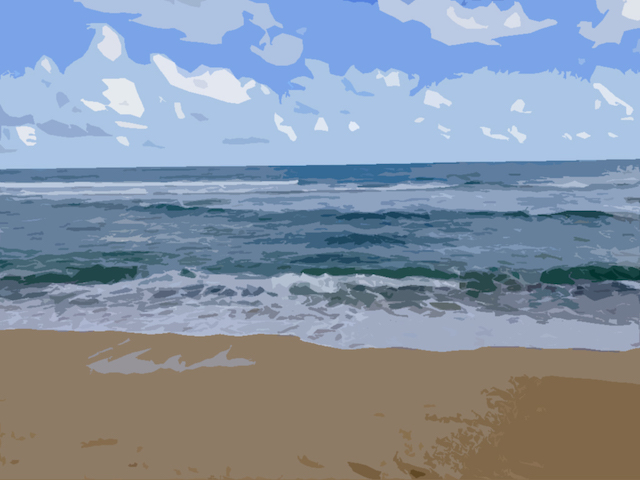 The character that is not me lies in the sun on the warm tropical beach, listening to the roar of the surf. It has no choice in this — it is conditioned to prefer warmth and sun and surf over cold and wet and concrete, no matter how masterfully constructed and adorned the latter may be.

‘I’ of course presume these to be my choices and my preferences. ‘I’ have recently returned from a trip to console a loved one dealing with grief. There was no choice in this trip either, though it seems there was to ‘me’. It seems to be in the conditioned nature of this character (a character that is only an appearance, but nevertheless is ‘real’ in the sense that the illusory ‘I’ can never be) to want to help those I love. That seems to be a preference of human characters in general, which I suppose has helped the species survive and evolve. Humans seem inherently preconditioned to care for each other and for the place they live and its resident creatures (biophilia), and to act altruistically. Seems a sensible evolutionary trait.

Another quality that seems inherent in human characters is honesty. It makes sense for the members of a tribe to be straight with each other, and with themselves, rather than deceptive. Honesty with tribe-mates leads to trust, and vice versa, and without trust the tribe cannot thrive. Likewise, it seems to be human conditioning to distrust outsiders who might, until it is proven otherwise, threaten the peace and equilibrium of the tribe.

But the world in which almost all human characters now live is decidedly non-tribal and decidedly untrusting, and that situation is getting much worse very quickly. There is no point rehashing how humans got to this point, but the current apparent reality is that lying pays. In our modern global human culture there are huge rewards for dishonesty. You can get away with cheating, murder, theft (on a grand scale), desolating the planet, and the accumulation of massive and dangerous levels of wealth and power, as long as you know how to lie effectively and consistently (including to yourself).

And now, as ‘I’ sit on the beach staring at the horizon, I worry about what seems to be the death of truth. Leaders — corporate, political and other — lie blatantly, and deny that they are doing so. As the intermediaries (media etc) through which we now get almost all our information become further removed from direct experience and personal iterative conversation, they also become more suspect, and liars are doing their best to make every information source suspect so that they have cover (plausible deniability) for their lies. It is now possible to create a video that ‘proves’ anyone said or did anything, with careful photoshopping, digital manipulation, CGI, and editing things out of context. And we believe what we want to believe (as evidenced by the recent surge in conspiracy theories, cults and nutbar gurus). We are terribly gullible when it comes to accepting as true what we wish to be true. And we want things to be simple and straightforward, when nothing is.

As I watch the waves I think about the savage and ludicrous Rwandan civil genocide, and about the improbable ‘success’ of Hitler, Mao, Stalin, Cheney, Trump and other pathological liars and hate-mongers who have ‘persuaded‘ people to believe, and to do, monstrous, insane things. I think about the zealous apologists for, and deniers of, the accelerating ruination of our planet’s biodiversity, health, soils, water, air, the destabilization of our climate, and the massive suffering our unsustainable and inequitable industrial growth economy inflicts on almost all the planet’s inhabitants.

And I wonder if any of these things would have been possible without the emergence of our sense of being separate selves with self-control and choice and responsibility, and all the anxiety and fear and anger and sadness and desperation and disconnection, so easily exploited by tyrants and liars, that this illusory sense of separation provokes and sustains.

Of course, I know that since selves do not really exist, they cannot have changed or caused anything. But our brains are constantly looking for patterns and connections, and reasons, when there are none. There is no meaning or purpose to anything, no reason ‘why’, no causality, and no time in which things change or evolve, although we want and believe there to be. So the seeming recent perfection of the processes and technologies of lying are just what has apparently happened, for no reason. They may seem to lead to massive wars, global and civil. They may seem to lead to the end of large-scale human civilization, and to the sixth great extinction of life on earth. But it is all just what is apparently happening, outside of space and time, without direction, agency or import.

That’s a message that the self-afflicted individual cannot possibly accept. It is too dark, too hopeless, too out-of-control. Too outrageous a truth. We can’t just shrug and accept it. It has to be another lie, a self-deception to make us feel better about our apparent failure to make the world a better place.

But it is the truth, even in this terrible world in which the truth seems dead, and in which lying pays so handsomely.

I sit on the beach, watching the occasional beach-wanderer trudge by, watching the sun set and the moon rise. Full moon tonight, and clear skies. The warm breeze carries the fragrance of plumeria and jasmine. The mynas natter to each other. The feral beach cats, neutered early in their lives and released into the wild, await the kindly volunteers who bring them food twice daily. I will return to the water’s edge after nightfall. I will shrug, and sigh, still lost and scared, but each day, a little more accepting. This is what is apparently happening. This is all there is.

4 Responses to The Death of Truth: A World Where Lying Pays